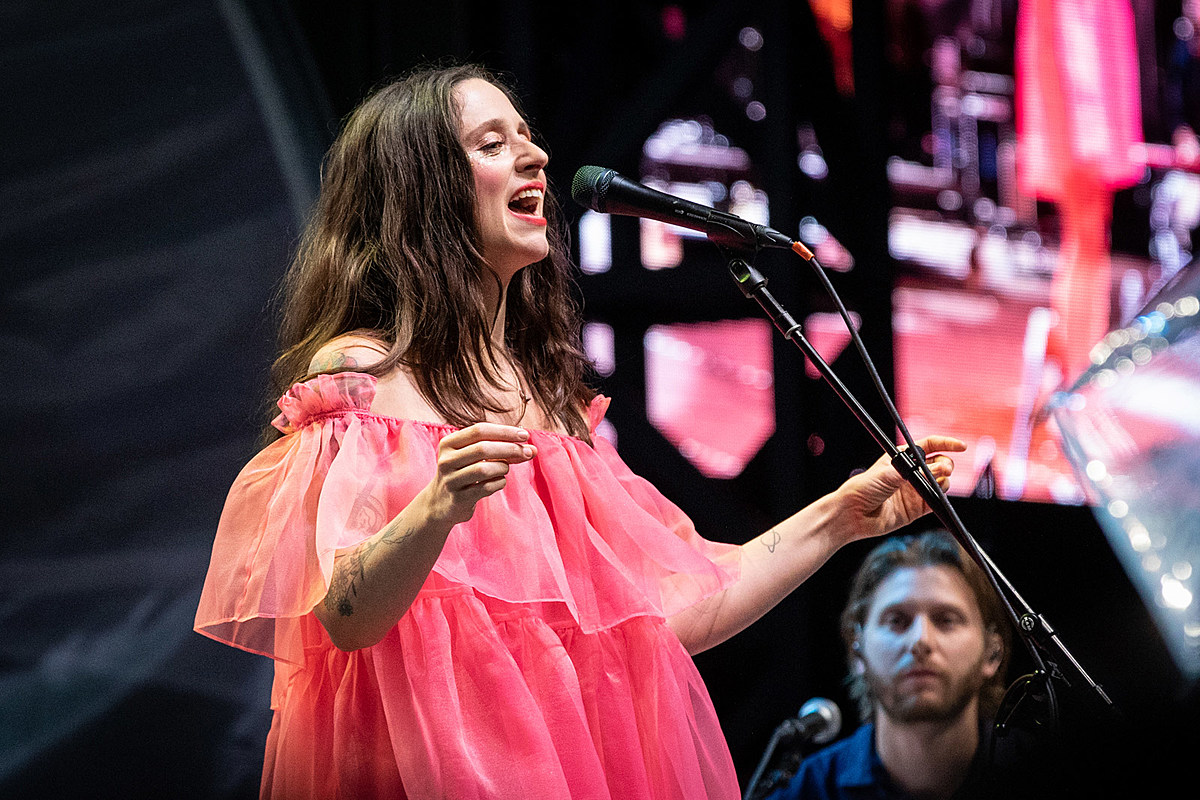 16 of the best Waxahatchee covers

Waxahatchee is the long-time project of Katie Crutchfield. She formed the band in 2010 in her home state of Alabama (the band’s namesake is a creek outside of Birmingham) around the time of disbanding PS Eliot, her former band with her sister Alison Crutchfield (later of Swearin’). Five albums later and over a decade later, Waxahatchee hasn’t stopped making great indie-folk. She also always took the opportunity to cover other songs, including songs by classic folk, country, and rock musicians, as well as songs by her peers. She’s released a handful of studio-recorded covers, and she’s done even more at her gigs over the years. With so many to choose from, we’ve rounded up 16 of our favorite covers made by Waxahatchee. Read on for the list, in no particular order…

“So Hot You’re Hurting My Feelings” (covering Caroline Polachek)
Katie’s acoustic cover of Caroline Polachek’s hit shouldn’t make sense – it’s so far from the electronic pop sound of the original – but the earnestness of her vocals grounds the cover. She performed it live during a SiriusXMU session in Los Angeles in early 2020.

“Strong Enough” featuring Snail Mail’s Lindsey Jordan (covering Sheryl Crow)
During an October 2021 show at Elsewhere in Brooklyn, Katie brought in Lindsey Jordan to duet with her on “Strong Enough,” one of Sheryl Crow’s early singles that is a perfect fit for Katie and Lindsey. They did it with minimal instrumentation, bringing Katie and Lindsey’s vocals to the fore.

“Thirteen” with Bedouine & Hurray for Riff Raff (covering Big Star)
The indie folk power trio composed of Bedouine, Waxahatchee and Hurray for the Riff Raff teamed up for this cover in 2020. They exchange verses, and on the choruses, their voices mingle for incredible harmonies. It’s hard to think of a song more appropriate for the trio than a classic 70s ballad like this.

“Farewell Transmission” with Kevin Morby (covering Songs: Ohia)
Katie and partner Kevin Morby have been playing a lot of music together lately (especially when stuck at home during lockdown), and their folk and blues sensibilities are on full display in this cover of the late Jason’s ‘Farewell Transmission’ Molina. Kevin and Katie strip the song of its darker palette in favor of a more upbeat sound.

“It Ain’t Me Babe” with Kevin Morby (covering Bob Dylan)
Another from Katie and Kevin, this time at the Sydney Opera House studio. They harmonize to the rhythm of Bob Dylan’s tragic breakup ballad “It Ain’t Me Babe”.

“The Steps” (covering Haim)
Live from Forest Hills Stadium in Queens in July 2021, Waxahatchee covered Haim’s debut hit “The Steps.” Unsurprisingly, Katie brings a more rhythmic, less poppy sensibility to the song, but similar to her rendition of Caroline Polachek, it works beautifully. (Fair warning, the video resumes after the first verse.)

“Oblivion” with Alison Crutchfield (covering Grimes)
Joined by her sister and frequent collaborator Alison Crutchfield of Swearin’, Katie ventures outside the folk realm for a cover of Grimes’ modern art pop classic “Oblivion.” The track trades electronics for percussion and slightly distorted guitars. The reverie of singing suits the Crutchfield sisters very well.

“Angeles” (covering Elliott Smith)
Waxahatchee delivered on a heavily electrified cover of “Angeles” for Say yes! Tribute to Elliott Smith in 2016. It’s quite a far cry from the original and really brings out the darkness of the lyrics.

“Be Here to Love Me” (covering Townes Van Zandt)
Earlier this year, Waxahatchee covered “Be Here To Love Me,” originally by Townes Van Zandt, during a show at Chicago’s Thalia Hall. The sliding guitar pairs classically with Katie’s vocals. Another great modern take on a country classic.