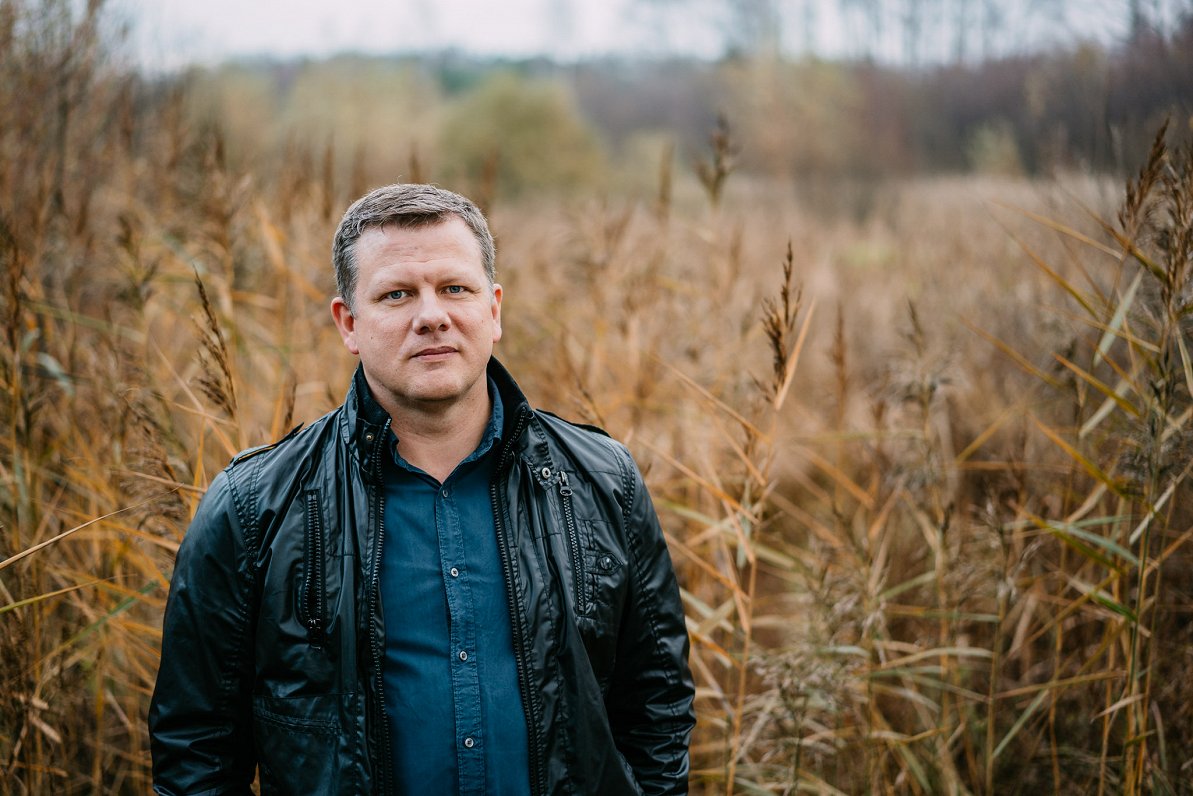 After his first encounter with the Northern Lights, Ä’riks travels to the Nordic countries every year, because the energy he channels from northern Lights inspires her to create more work. The Nordic and Baltic mobility program for culture helped the composer to achieve his goals.

It started almost by accident. Dutch producer listened to EÅ¡envalds false suns and suggested that she write another choral song about atmospheric events. “The false moons? A rainbow? I thought about what to choose. I chose the Northern Lights, because I had never seen them before, but I wanted it very much, â€explains the composer, describing the inspiration for his great work.

He was unlucky on his first visit to TromsÃ¸ in northern Norway. He could not see the dawn from the city parks, despite the weather centers forecasting a very strong geomagnetic storm. He visited after a few months. He was luckier this time around. â€œI discovered that you had to leave the city to see the Northern Lights. I drove deeper into the mainland and took a dirt road where there was no one to see. Everything was perfectly still and dark, â€says EÅ¡envalds, recounting his first experience of the northern lights ten years ago. â€œI saw something extraordinary. A white curtain fell over everything. And the lower part of its outline was sort of cursive and running. It only lasted a quarter of an hour, but I immediately understood that it was something beautiful! said EÅ¡envalds. The way he puts it is that he had a private audience with the Northern Lights. Perfect stillness, snow, a temperature of minus two degrees Celsius and the aurora as the only source of light.

“I felt it. At that moment you don’t hear any E, F, or C sharp. Nothing. Instead, you feel the tempo and ambient atmosphere of the Northern Lights. You catch the feeling, and it starts to do its job in your subconscious while you sleep, â€says EÅ¡envalds, describing this extraordinary burst of inspiration.â€œ These new impulses slowly build up and at some point you have all the information you have. need and your vision becomes clear. At this point, you can just continue to tap into that receptacle of impressions. However, when I start to compose I have to be at home near the piano. “

It was clear to him that a ten minute job would not do justice to what he had witnessed. He has to write a multimedia work in which music is mixed with folklore and cultural history. The composer set to work with immense scope and vigor. His first visits were funded by a grant from the Nordic and Baltic Mobility Program for Culture. However, EÅ¡envalds only received funding on its third application. â€œI was rejected once and then again on the second attempt. I couldn’t understand why. I thought, what am I doing wrong? I met all the criteria. But his perseverance paid off, and after the third attempt he was able to embark on this immense work of research.

There were a lot of ups and downs at the start. The professors from the various universities he had contacted did not respond. But the University of TromsÃ¸, with its principal Northern Lights researchers Asgeir Brekke and Ola Graff, has proven to be responsive. EÅ¡envalds then slowly found folklore specialists ready to don folk costumes and sing a song or tell a popular belief or legend about the Northern Lights on camera.

â€œThe reality is such that we cultivate a lot our unique folk heritage in Latvia, Lithuania and Estonia. The oral tradition is still alive here. We have people who can sing [folk songs]. I felt like a polar explorer who arrived much too late in the Nordic towns and cities, â€says EÅ¡envalds, recalling some disappointments he must have experienced during the expedition. An old lady from Greenland, for example, sang a song in the Inuit language. “The song is gone, Northern Lights, Northern Lights … but it was to the tune of ‘Jingle Bells’!”

Ä’riks quickly understood that personal contact was of the utmost importance in finding storytellers, and that “ordinary people” were the most responsive. Folklorist Zane Å mite’s advice led him to an expert in Sami folklore and, luckily, he learned, during a conversation with Irene Skogli, the wife of photographer Kjetil Skogli involved in the project, that she had a folk costume at home and knew a legend about the Northern Lights.

After expeditions to Lapland, Iceland, Greenland and Alaska, it took four years to complete Northern Lights, which was first performed by the Latvian State Academic Choir in 2015. The choral work Northern Lights is one of the most popular works by EÅ¡envalds and contains lyrics from a Latvian folk song. It is especially touching that conductors and soloists write to the composer, asking him for advice on how to pronounce the Latvian for “Several nights have we seen the Northern Lights beating in the North” as perfectly as possible. EÅ¡envalds points these demanding singers to performances by the Latvian State Academic Choir or the Youth Choir Kamirâ€¦ â€œIt arouses in me a patriotic joy. I’m even surprised by some of the choirs who have learned to sing perfectly, without an accent.

The Northern Lights Symphony set the creative bar high for the composer. He would like to create another multimedia work, but it has to live up to the work he has done before. â€œI want to touch the waters, the oceanic streams that change direction and the lands that are subordinate to those streams. There are popular stories about all of this. I would also like to compose pieces on the winds.

EÅ¡envalds suggests TromsÃ¸ as a good destination for observing the Northern Lights. First of all, it’s not far. You can get to TromsÃ¸ from Riga in five hours with good connections. Secondly, the cold is never freezing there, which makes viewing the Northern Lights an enjoyable experience, as opposed to a demanding adventure in minus thirty degrees Celsius, as can be the case in central parts of Finland, to cite just one example.

He last visited TromsÃ¸ in March 2020, managing to do so just before the borders were closed due to the pandemic. â€œNorwegians are very careful and very accommodating so as not to have technical barriers preventing creatives from going there to find inspiration. And the Northern Lights show is free. You can see the Northern Lights from a different perspective on a plane to the United States. EÅ¡envalds always chooses the seat on the north wing, and he has had the opportunity to see the northern lights from above on almost every flight he has made.

Published by kind permission of the Office of the Nordic Council of Ministers in Latvia (Norden).

Did you see an error?