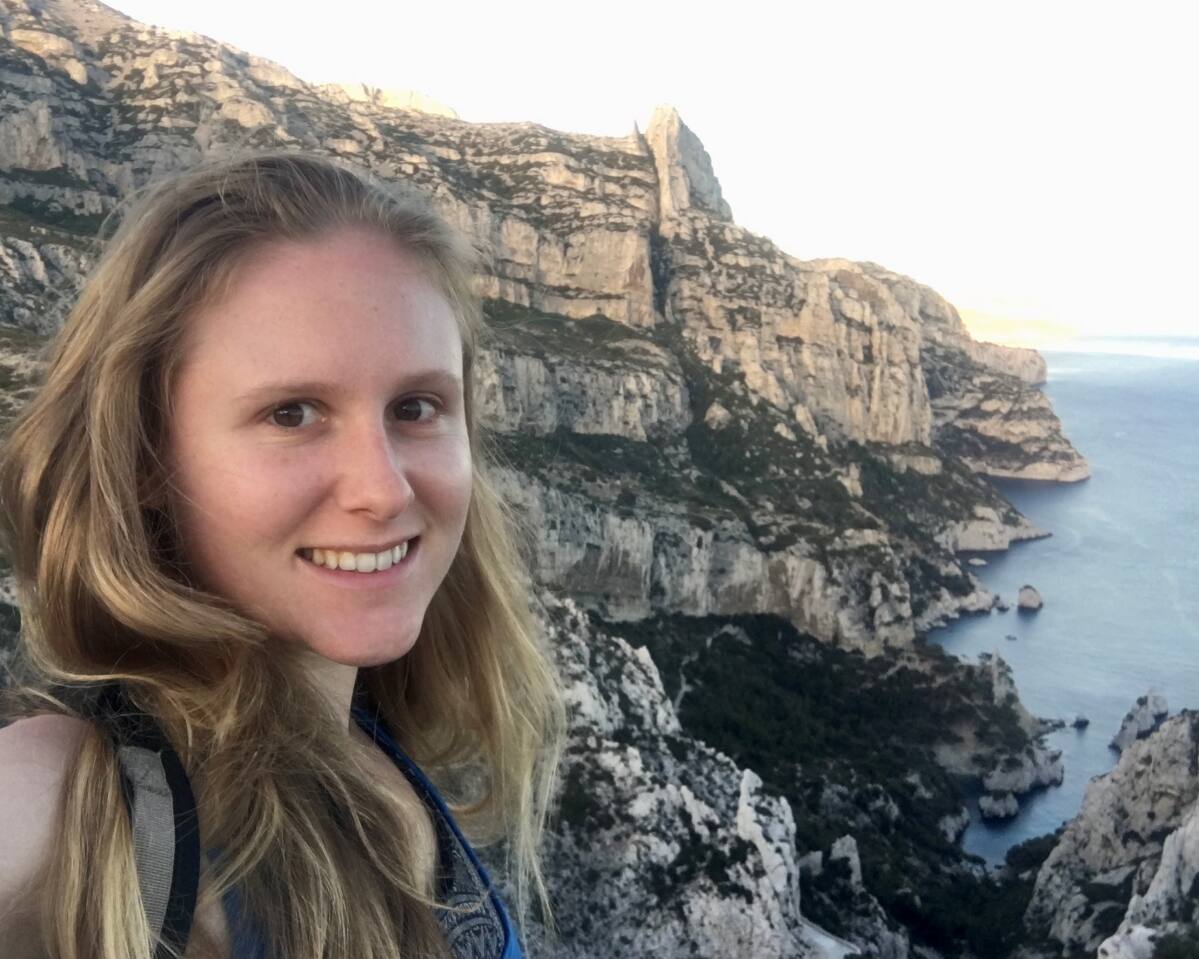 Gabriella Smith, a Berkeley native who recently moved to Seattle, started piano lessons at a young age, then took up the violin at age 8.

“I wasn’t very good either,” she said. “When I was 8 I started writing, and when I was 11 I started showing compositions to my piano teacher. After that…I got better and better at musical writing and worse and worse at the piano.

Now 30, Smith is already considered one of the brightest stars in the firmament of up-and-coming classical music composers. She has been commissioned by the Los Angeles Philharmonic to write an organ concerto, which is scheduled to premiere February 22 at the Walt Disney Concert Hall in Los Angeles.

And this weekend, she’ll premiere her 30-minute symphony, “One,” with the Santa Rosa Symphony Orchestra at the Green Music Center in Rohnert Park.

“Gabriella’s dynamic and energetic music is like a breath of fresh air and carries with it a hint of what our future American music may be like,” said composer John Adams, who has mentored Smith since arriving in his home. of Berkeley with stacks of sheet music. at 15.

“One” is a reference to the project, Smith said, but also a reminder to humans that we are just one of millions of species on the planet and each plays an important role in a healthy ecosystem.

“We need to come together in order to correct the imbalance that humans have created,” she said. “Those are the things I was thinking about when I was writing the play. … It’s really about being excited about the solutions and how we can all be part of them in a joyful way.

Smith is the second of four composers on the project, which kicked off in Santa Rosa in February 2020 with composer Matt Browne’s impressive first symphony, “The Course of Empire.” A month later, the pandemic forced the symphony to cancel the remainder of its season and then move to reduced virtual concerts in 2020-21, which delayed the premiere of Smith’s work.

But Santa Rosa Symphony audiences got to hear Smith’s unique musical voice at season-opening concerts in October with his short but riveting work, “Rust.”

This piece exemplifies the disparate elements that Smith tries to synthesize in his works: a rhythmic dynamic linking the classic works of Beethoven and the minimalism of Adams, an experimental bent that elicits new soundscapes from old instruments, and a stripped-down approach of harmony inspired by the baroque world and minimalism. (In contemporary music, “minimalism” refers to music that often features short phrases repeated several times.)

And if that’s not enough, the composer often asks the musicians to improvise at random, adding complexity to the overall sound.

“It’s a very naturally unique voice,” Lecce-Chong said of Smith’s music. “She created a unique feeling in her music because she combined so many elements.”

The symphony will open this weekend’s program with Wagner’s prelude to Act 1 of “Lohengrin”, a romantic opera created in 1850. Beethoven’s Piano Concerto No. 5, “Emperor”, performed by Olga Kern , will close the program.

In programming pieces to accompany new works from the First Symphony Project, Lecce-Chong tends to choose composers who think differently for their time.

“I like to think about showcasing creativity,” he said. “I want to remind people that we are constantly in this creative process.”

The conductor chose to open the concert with the Wagnerian work because its structure made people think about music in a new way.

“It’s the most groundbreaking eight minutes of music,” he said. “(Wagner) has a continuous phrase that begins and ends, with a beautiful climax in the middle. … It was a game-changer for composers and audiences hearing it for the first time.

Meanwhile, Beethoven broke every rule in the concerto book with the “Emperor” piano concerto, rashly writing a duet for piano and timpani and deleting the traditional orchestral introduction.

“The soloists weren’t supposed to come in at the start of the concerto,” Lecce-Chong said. “Here, the pianist flies up and down the keyboard from the very first moment.”