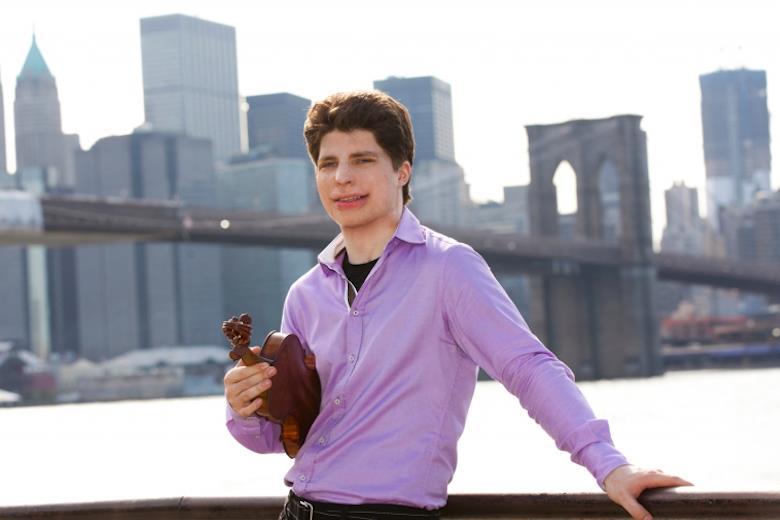 Augustin Hadelich: “As a violinist, you never run out of good music to discover” | Blogs

One of my favorite things about being a violinist is that you can never run out of great music to discover. It is impossible to play all the music written for the violin, given the volume of it. But why are some songs played more often than others?

There are many reasons why good music can struggle to find its way into the repertoire, relating to historical events, what was in vogue at the time, and who championed it. It is therefore not uncommon for certain gems to be unfairly overlooked. I have to admit that until this summer, I hadn’t realized how much of a role racism played in the suppression of music by black composers. I decided to embark on an exploration of violin music by black composers, to find out what I might have missed! And I’ve recorded and played several over the last few months:

I chose his beautiful second sonata for 2 violins in A major to be the first of this series of “quarantine videos” and recorded both parts. More recently, I learned his Violin Concerto in A major, Op. 5 no. 2, a flamboyant, energetic and inspired piece. It was a pleasure to perform it with the Cincinnati Symphony Orchestra for their “Live from Music Hall” virtual concert series.

How is it possible that someone so famous during his lifetime could be so completely erased from our history books? In music history class, I never learned his name, although I remember apparently memorizing the names of almost every Italian and French composer of the time. If Viotti and Clementi could find a place at the Canon, why not Chevalier de Saint-Georges? Fortunately, Saint-Georges could finally get his long-awaited recognition, as his name appears on many programs this year.

Through Rachel Barton Pine – who has long championed the works of black composers – I was introduced to Daniel Bernard Roumain, a Haitian-American violinist (b. 1971) whose music grew out of improvisation on the violin . His work “Filter”, a 4-5 minute wild ride somewhat reminiscent of a Jimi Hendrix solo, was my next quarantine recording project. Some of the effects he requested (like using vibrato to distort and dirty the sound, like an electric guitar) were new to me and I found the work to be extremely effective.

Coleridge-Taylor Perkinson was an African-American composer (1932-2004) who wrote a lot of interesting solo violin music. Perkinson’s track “Louisiana Blues Strut: A Cakewalk” has become my new favorite encore. It looks like Eugène Ysaÿe had composed in the blues style. It must swing, which can be stylistically difficult for a classical musician to achieve.

Clarence Cameron White (1880-1960) was a prolific African-American composer and violinist. His short encore ‘Levee Dance’, which was for a time one of Heifetz’s favorite encores, was my next project. I filmed a quarantine video of the piece with pianist Joyce Yang in September.

Eddie South (1904-1962) was one of the greatest jazz violinists of the 20th century, but he started out as one of its greatest classical prodigies. Due to the color of his skin, he was unable to pursue a classical career and instead made a living playing in jazz and vaudeville bands. He met Django Reinhardt and Stéphane Grappelli in Paris (resulting in legendary recordings, including a wild jazz mashup of Bach’s double violin concerto!) Returning to the United States, he brought back with him elements of the “gypsy jazz” style. by Django. He left us magnificent recordings and quite a few classical compositions tinged with jazz. You could say that Eddie South was the world’s first crossover artist. His piece ‘Black Gypsy’, a moving and whimsical violin encore in the Kreisler tradition with a jazzy twist, was next on my list.

While the scores of Chevalier de Saint-Georges, Roumain, Perkinson and White are available for purchase online, the copyright situation for Eddie South is unclear. Editions of many of his works were published in the 1930s but are almost impossible to find today, a problem that needs to be addressed urgently.

I thought it was important not only to champion great music, but to inspire others to play it too, so I challenged my fellow violinists on instagram and facebook to learn an arrangement of ‘Adoration’ from Florence Price (1887-1953) and send me their videos. I set a 10 day deadline and got nervous about the lack of submissions after 9 days…but then got close to 80 videos on the last day! I felt moved and overwhelmed to see all the professionals, students and amateurs, young and old, who sent me beautiful and serious interpretations of this piece. I compiled their performances and accompanied them on the piano to produce the final video. It was my most meaningful project of the summer.

I would wholeheartedly recommend any of these works and composers, but I also know that I am still only at the beginning of my exploration. On my desk at home there are loads of sheet music that I want to go through next. It amazed me how much good music I found in such a short time, music that has been there all my life, but that I didn’t know and was not part of the violin tradition. But it should have been, and I think we should all make sure, by learning it and programming it and performing it, that it’s in the future.