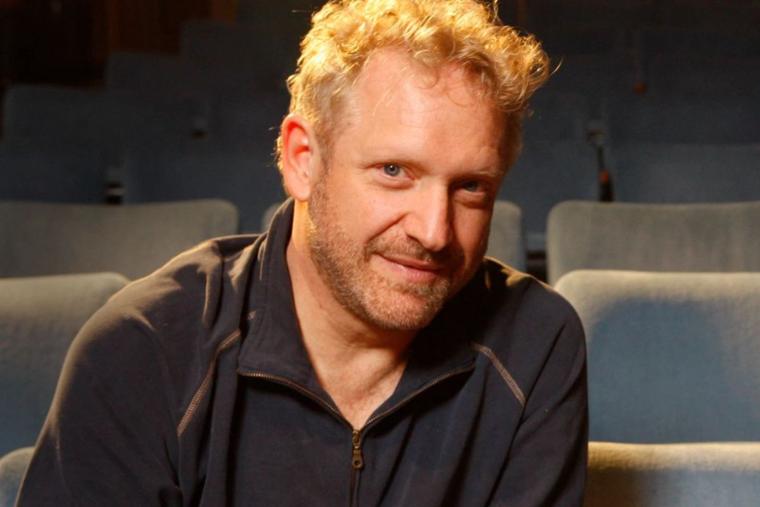 In 2007, Kurek became a returning Catholic, one who returned to practicing his faith as an adult. He cites St. (Padre) Pio for helping him “understand that God truly loved and accepted me after I returned to the Church.” He added that this saint also helped him “to have courage against the tide of academic musical pressures”.

He was also influenced by the works of JRR Tolkien and CS Lewis, among others. Their stories influenced its composition.

As a college professor, Kurek served for 14 years as head of the music composition department at Vanderbilt University’s Blair School of Music in Nashville. While continuing to teach, he abandoned the administrative aspect of this position to devote himself more to composition. This also leaves time for his other great passion, namely, popularizing classical music.

In 2020, Ignatius Press published Kurek’s The Sound of Beauty: A Classical Composer on Music in the Spiritual Life, a reflection on music theory through the prism of Catholic theology. The first appendix of the book offers a “beginners’ playlist” for those who want to “develop a taste for classical music, starting with the most melodious compositions”. Clearly, he’s a man on a musical mission.

The Register’s KV Turley caught up with Kurek via email at his Nashville home.

You have been named “composer laureate” of the State of Tennessee by the House, Senate and Governor of Tennessee. What does this mean in practice?

I was told that there were no tasks required. Rather, it is awarded simply as a thank you for having already brought honor to the State through my national and international artistic activities. In practice, however, I hope the prestige of the title will open doors for me to be an advocate for beauty in the arts, both in and out of state.

Is it common for US states to have a Composer Laureate?

To my knowledge, only four states have had one: Tennessee, California, Arkansas and North Carolina. The four most recent laureates have passed away, so I am the only living composer laureate at this time.

England has a long history of such an office: do you know that history and, if so, how does it influence your own perception of your new title?

Yes, this composer is also known as “Master of Music to the Queen (or King)”, a member of the Royal House of the United Kingdom. Since 1626, this composer has mainly been retained on the staff to compose music for ceremonies. I offered to supply some of this kind [of] music, for example, at the inauguration of a governor, if desired. It seems right to have some sort of formal recognition of the arts and artists by civic institutions and local governments as a collective statement that the arts are important to the culture and ennoblement of this community. However, if the art that is being promoted lacks beauty and is so esoteric that only an elite few can appreciate it, then I think it is failing in that function, and people rightly don’t want funds public funds it.

This comes as you are about to release your latest recording. What can you tell the registry about this version?

Symphony No. 2: Tales from the Fairy Kingdom is my longest and largest classical work to date – at 44 minutes, for a 92-piece orchestra – has been beautifully recorded in Europe and should be available via Amazon and others for pre-order later this month. summer and early fall.

It’s not the kind of modernist-style music some might expect, but a lush, melodic neo-romantic work that I think anyone can enjoy. I was very influenced by the writers of allegorical Christian fairy tales like Tolkien, Lewis and MacDonald and tried to capture that spirit through the music in this symphony.

In terms of music, how has sacred music influenced your faith?

All of my music is influenced by my Christian aesthetic, in that I strive for a sound of beauty, truth and goodness. There is a feeling of being on a journey with the goal of heaven, rather than the randomness that one sometimes feels from modernist classical music.

I also have a choral Latin mass and a Ave Maria on the same album with the symphony, composed for a local parish choir. I long for this kind of music to be earnest and reverent in a classical style, yet practical and easy enough for liturgical use by real choirs. (The score is now available on CIRMusic.com).

How do you view contemporary sacred music?

If by contemporary you mean so-called “praise and worship” music, I think it’s fine for youth gatherings or home listening, but particularly in relation to mass, it can often violate some very clear and specific guidelines for music at Mass. set out in the music documents of Vatican II and in the General Instruction of the Roman Missal. I have a few chapters on this in my Ignatius Press book, The sound of beauty.

Is there enough networking between composers, musicians, patrons and Catholic festivals?

As far as I know, any networking that exists happens pretty much by accident. It would be wonderful for the Church (for example, through the USCCB) to create an official newsletter for the arts through which those of us who might feel isolated could get to know each other, post announcements on our concerts and recordings, and serve as a forum for discussion of ideas. It would only be a starting point that could evolve over time into Catholic fine arts conferences and centers across the country. As an educator, I would like to see faithful Catholic colleges and universities also offer top-notch training in the fine arts. Most offer no major in music and others only a hands-on course in sacred music. As secular universities move more and more toward new kinds of cultural values, Catholics might seek higher education in the arts that preserves our great artistic and aesthetic heritage.

What are you going to work on next?

I am working on a commission for a full evening ballet for symphony orchestra in tribute to the late professional ballerina Raffaella Stroik, who was a faithful Catholic and daughter of the renowned architect and professor of architecture of Notre Dame Duncan Stroik and his wife, Ruth. Like my symphony, it will be a magical ballet in the fine choreographic tradition of Tchaikovsky.

What do you listen to that inspires you?

I am deeply moved by the purely musical tales of Beethoven and Brahms that travel through time with determined feeling towards a climax and by the pastoral beauty and emotion of early 20th century symphonists like Vaughan-Williams, Sibelius, Delius, Ravel, Rachmaninoff and Holst. I find that to compose music myself, to have something to say myself, I have to devote a lot of time to such listening, and with my full attention, not multitasking on other things. This is my source.