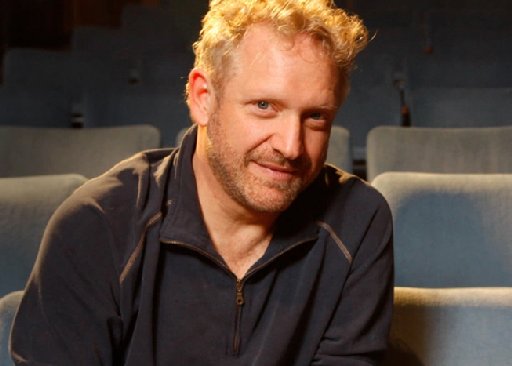 That’s what classical music composer Michael Kurek, a parishioner at St. John Vianney Church in Gallatin, said he hopes to bring to his new role as the state of Tennessee’s second composer laureate.

“It’s a recognition of a lifetime of work in Tennessee,” Kurek said of being named the winner. “I have deep roots in the state.”

“As an artist, you want to get rich and be part of the community, and then if your name spreads beyond that, that’s fine,” he told the Tennessee Register, the diocesan newspaper of Nashville. “But trying to bypass your own community and be an artist of the world, that’s not as authentic to me.”

“I love the idea of ​​thriving where I’m planted and establishing my craft and base in my home country, and then, if that expands beyond that, that’s wonderful,” said he added.

The Tennessee General Assembly passed a resolution honoring Kurek as a recipient, and Governor Bill Lee signed it into law on March 18. The position had been vacant since 1994, when composer laureate David Van Vactor died.

“I like the idea that I’m reviving it for others, that we’re re-starting it,” Kurek said. “If any state should have an award-winning composer, it’s Tennessee with all the music here.”

“It’s a lifetime appointment,” he added. ” There is no homework. It is an acknowledgment of what I have already done to bring honor to the state.

“My parents played classical music at home when I was little, and I remember falling in love with it,” Kurek said. “I started as a listener, but then I started hearing music in my head, and it was driving me crazy, I had to get it out.”

He was self-taught in elementary school at Christ the King School in Nashville, then took a music theory class at Franklin High School in Franklin, Tennessee. He even wrote pieces for the high school orchestra.

At the University of Tennessee in Knoxville, he studied music theory and music composition under Van Vactor, who headed the university’s fine arts department. He learns to write for symphony orchestras.

“It was really exciting,” he said.

After earning his Bachelor of Music, he went to the University of Michigan at Ann Arbor, where he earned both his Master of Music and Doctor of Music Arts degree in music composition.

He taught at Roosevelt University’s Chicago Musical College and the State University of New York at Fredonia before accepting a professorship in music composition at Vanderbilt University. He retired there in May 2020 with the title of professor emeritus.

He has won numerous awards and his music has been heard across the country and around the world.

Kurek was born and raised a Catholic, but as an adult he abandoned the faith and became an evangelical Protestant. In the end, it was the music that brought him back.

In Catholicism, music is not meant to entertain the Mass, but is meant to “enhance the experience of worship”, he said. “We are here for the Eucharist, not to see a show.”

The music is “supposed to create a space” in the house of God “where he is physically present in the Eucharist, in the tabernacle,” he said. “All of this works together to create that atmosphere of bringing God into the presence of God and preparing to receive the Eucharist, which is the source and summit of our faith.”

“It’s a wonderful thing to be an advocate for classical music as a Catholic,” he added.

Through this music and as an award-winning composer, he said, he has a chance to bring truth, goodness and beauty to others.

“For people who are not ready to hear about the church or about Christ, if they recognize that there is such a thing as beauty and then they marvel at it, it is just like in the first chapter of Romans. The gift of God, the author of beauty, is evident by the existence of beauty,” Kurek explained.

“If they can take that step,” he said, “they might say, ‘There must be a Creator behind it all,’ and then they might go so far as to say, ‘How nice such a Creator is. and loving to give us something that I love so much and that moved me so much.

Kurek has several upcoming shows and new projects, including a new CD, “Symphony No. 2 Tales from the Realm of Faerie”, which will be available in the fall and includes a recording of his version of “Ave Maria” for choir. of women.

His Latin Mass parts for an adult choir have been recorded and are currently sung regularly by St. Joseph’s Church Choir in Madison, Tennessee.

He plans to record new episodes of his radio show, “Catholic Adventures in Great Music,” which can be found online on Crusade Channel and other affiliate stations.

“God has many purposes in our lives. He always shows me the same lessons he shows everyone else, which is to live virtuously and to live faithfully and with… kindness and charity,” Kurek said. “Music, like anyone balancing their professional life and Catholic sensibility, is how to infuse a Catholic worldview into what you do for a living?”

“In the arts,” he added, “there is a danger of ego and also of letting your ego be ruled by your latest criticism and the ups and downs of your career,” but “you can’t not live on a roller coaster of insecurity as a musician.You must find your security in Christ alone.

Peterson is on the staff of the Tennessee Register, the newspaper of the Diocese of Nashville.

The Turkish composer will release the song “Absolutely Not”