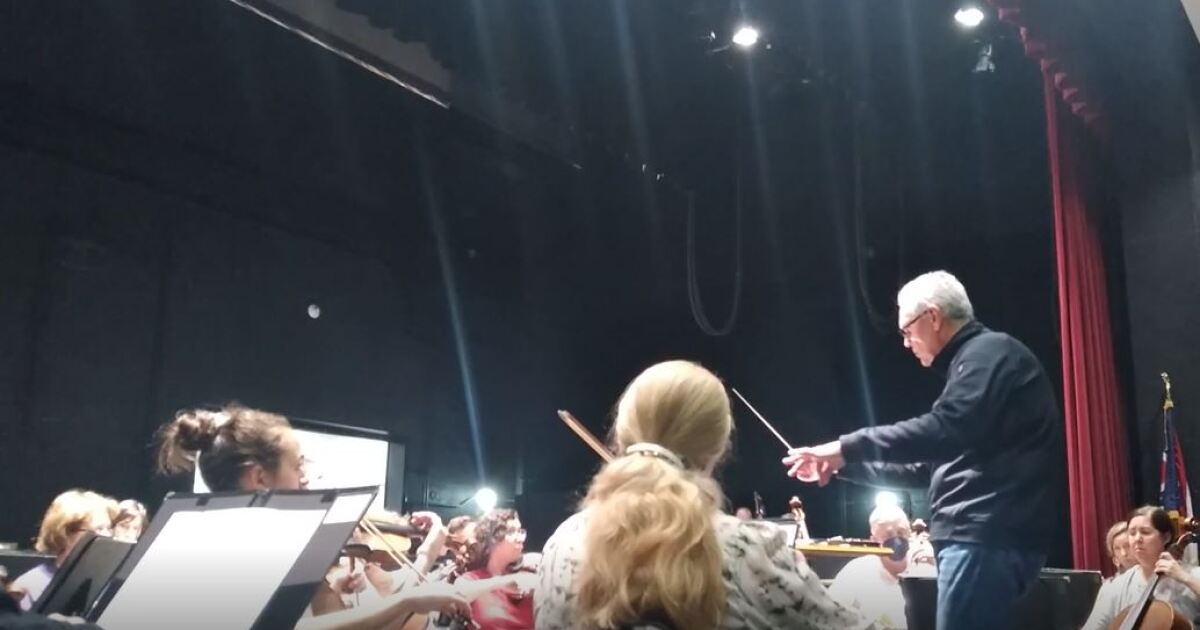 New musical work honoring fallen soldier from central Ohio to be premiered when Newark-Granville Symphony Orchestra performs The House of the Bravethe first concert of its 2022-23 season.

The work of Ching-chu Hu, Professor of Music at Dennison University please call me back defines a poem that Newark native Danny Crothers wrote while serving in Vietnam. Also on the program, Peter Boyer Ellis Island: America’s Dream, featuring a video projection of historic photographs, as well as performances by seven professional actors. The iconic Copland Marching Band for the Common Man and orchestral arrangement by John Williams The Star Spangled Banner are also on the concert, which will take place on Saturday, October 15 at 7:30 p.m. at the Midland Theater in Newark.

Russel Mikkelson, music director of the Newark-Granville Symphony Orchestra, said a Memorial Day 2020 report on the Licking County Library Veterans Project inspired the commissioning of Hu’s new work. The report mentions that the Veterans Project’s online database includes a poem that Navy Lance Corporal Danny Crothers, who was killed in action in Vietnam, wrote while standing guard, then sent home to his mother.

“I was inspired by that,” Mikkelson said. “We should set this to music with voice and orchestra or narrator and orchestra. And I thought that can really connect with our community and be a really special opening for our season.

Crothers’ poem offers a glimpse into the mind of a soldier on the front lines of war.

“The structure of the poem is one that compares the comforts of home that (Crothers) felt for his family and friends and the community of Newark, Ohio, Ohio and America. [had]against the grim reality of violence across the world that he faces,” Hu said.

Beneath the surface of the poem, Hu says, also lurks Crothers’ awareness that he may never return home.

“As the poem and the play went on, for me – I think he recognized the fact that he’s not coming back,” Hu said. “It’s the journey of the poem for me, it’s what I discovered in the words.”

Mark Thress, tenor soloist and former OSU graduate of the faculty of Belmont University in Nashville, will sing the text of Crothers’ poem. Thress says get ready to play please call me back struck a chord with him. He heard his grandfather’s stories of his medical service during World War II. And while working for two years in a music therapy program for veterans at an oncology center, Thress heard about the war experiences of other veterans — including Vietnam veterans.

“Having the opportunity to sing something so special was emotional for me,” Thress said. “I think (Crothers) lyrics ring true. please call me back is so powerful because often we don’t realize the legacy we may or may not leave behind. And it’s kind of scary to think that what we do here on earth may or may not be forgotten. And so it’s a very powerful story.

Mikkelson says he sees Hu please call me back as accompanying piece for Peter Boyer Ellis Island: America’s Dream, who he was looking for an opportunity to present to the Newark-Granville community.

Boyer’s work joins the orchestral music and video projections of images from the early 20eNew York of the last century with spoken monologues drawn from immigrant stories curated by the Ellis Island Oral History Project. The play ends with the entire cast performing Emma Lazarus’ 1883 sonnet “The New Colossus”, the poem on the Statue of Liberty’s pedestal plaque.

“It’s very heartfelt, and the seven stories are so captivating, and the footage and video that unfolds above the orchestra, and of course the music,” Mikkelson said of Boyer’s work. “It seemed so about what our county is about.”

The House of the Brave will not be made in connection with any particular US holiday. And Susan Larson, executive director of the Newark-Granville Symphony Orchestra, says that’s precisely the point.

“I think this is the perfect time to celebrate our active and retired veterans. We should be celebrating their service throughout the year, not just on Veterans Day,” Larson said. “It’s a powerful message, it’s something that we think will make sense to our whole community, and it’s very important to do, no matter what time of year.”

The Newark-Granville Symphony Orchestra performs The House of the BraveOctober 15 at 7:30 p.m. at the Midland Theater in Newark.