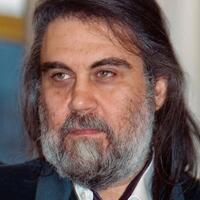 ‘Blade Runner’ and ‘Chariots of Fire’ composer Vangelis, the Oscar-winning electronic music pioneer whose distinctive musical style defined a generation of movie soundtracks, has died aged 79, the Greek Prime Minister on May 19.

According to several Greek media, Vangelis died of the coronavirus in France where he lived part-time, as well as in London and Athens.

“It is with great sadness that we announce that the great Greek Vangelis Papathanassiou died late on the night of Tuesday May 17,” said his lawyer quoted by the ANA news agency.

It reached the top of the American charts and was an enduring hit in Britain, where it was used in the London 2012 Olympic Games medal ceremonies.

He also wrote music for theater and ballet, as well as the 2002 FIFA World Cup anthem.

Vangelis was a child prodigy who gave his first piano concert at the age of six, although he never took formal lessons.

In a 2019 interview with the Los Angeles Times, the composer said he saw parallels to the dystopian world portrayed in “Blade Runner.”

“When I saw images I understood that this was the future. Not a bright future, of course. But this is where we are going,” he said.

He was showered with honours, receiving the Max Steiner Award for Film Music, the French Legion of Honor, the NASA Public Service Medal and Greece’s highest honour, the Order of the Phoenix.

Later, Vangelis moved between homes in Paris, London and Athens, carefully guarding her private life with little about her personal life.

“I don’t give interviews, because I have to try to say things that I don’t need to say,” he told the LA Times in 2019.

“The only thing I need is to make music.”