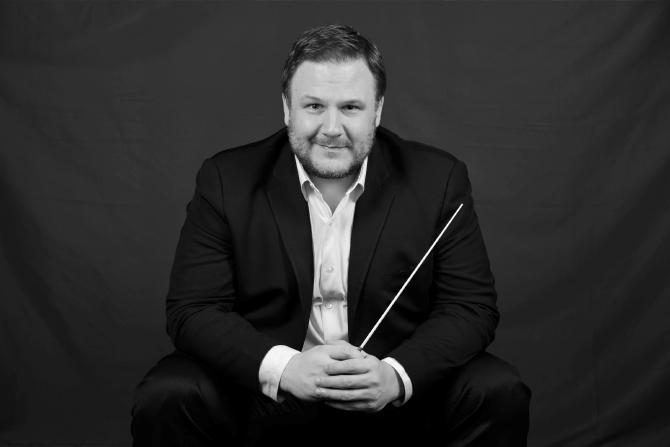 John Jesensky’s warm smile widens when the subject of Cheshire and Halloween is mentioned.

The award-winning songwriter and Cheshire native remembers those cold October nights, when he and his friends would dress up in their meticulously selected costumes and roam the local streets ‘like we own them’ in search of sweets.

It is, he admits, part of what inspired Jesensky to create his latest work.

“I loved Halloween so much,” Jesensky said. “Those (Halloween) nights have always been with me. It was such an amazing time in my life.

Now Jesenssky hopes to take that love of Halloween, a love he still harbors to this day, and use it to inspire another generation of musicians. Jesenssky will lead the Hartford Symphony Orchestra in a self-created program, titled “Tales of Halloween.” The show, which will be held at the Bushnell Theater in Hartford on Saturday, October 29, will feature well-known classic pieces as well as scores from memorable classic movies such as “Jaws” and Broadway productions like “Phantom of the Opera.” .”

“Even the classic pieces, people might not know the (titles) but they will recognize them,” he said.

Jesensky will also perform his own original work, for which the entire show is named.

The idea for “Tales of Halloween” was born during the pandemic. A composer who spends his professional life on the road – Jesensky has led leading orchestras in performance for CineConcerts and AVEX Classics, with productions such as ‘Harry Potter: in Concert’, ‘Star Trek: The Ultimate Voyage’ and ‘Amadeus as well as “The Godfather: Live” – he found himself “grounded” as the world came to a standstill due to the COVID-19 virus.

Thinking about what to do for a new project, Jesensky became fascinated by the strange stories being told around the world. “I had to be productive (during the pandemic),” he laughed, “…so, I did all this research on cultures and folklore. Then I decided to write music for each of them.

But the nature of the composition called for something more, Jesensky determined. He turned to friends, one to create illustrations and another to provide narrations for parts of the work. All of this will be part of the October 29 performance.

Attendees will be encouraged to dress in costume and the Bushnell will serve as an escape for families. Calling it a “ghost theatre”, Jesensky explained that there will be “interactive decorations, trick or treats, festive food and drink and activities – and that’s before the concert even starts” .

Although the whole night will have a tinge of dread, for Jesensky the experience promises to be comforting. As a student at Dodd Middle School, Jesenssky recalls being introduced to classical music during a performance by the Hartford Symphony Orchestra. It was there that his first true love of music was born, and it flourished from there.

“They were my first exposure (to the genre) and it changed my life,” he recalls.

At first, Jesensky was determined to become a “rock star”, after finding music tapes of Billy Joel and Elton John in his parents’ collection, and although the youngster admitted he had talent, he really did not imagine his interest. in music becoming a career. “I thought maybe I’d be in a band in high school or something,” he recalled with a smirk. But with the help of his middle school and high school teachers, Jesenky began to take a more serious interest in classical music, regularly “monitoring” his educators with a host of questions about renowned composers and the machinations of various compositions.

“I was so lucky to have the musical education – the education in general – that I got in Cheshire,” Jesensky said. “My teachers were tough on me, but they were also very supportive and when I did a good job they let me know.”

Jesenssky eventually decided to pursue music as a full-time profession, earning a Bachelor of Music in Composition from the Hartt School of Music in West Hartford and studying film music at New York University, where he eventually earned his Masters in Music.

It’s a career Jesensky could never have imagined.

“I can’t believe I can pay my electric bill by writing music,” he joked. “It was so amazing. I never thought I would travel anywhere other than (in) Connecticut, so to have been able to travel the world is just amazing.

And for “Tales of Halloween,” Jesenssky hopes he may be able to inspire another generation of musicians, just as he was so many years ago.

“I hope when people leave (after the show) they’ll be like, ‘That was fun, let’s do it again next year,'” Jesensky said. “I also hope people will say, ‘Hey, let’s go see another band. Let’s download (some music) from iTunes.’”

“I always strive to inspire kids, and adults for that matter, who want to pick up (an instrument) and get involved (in music),” he said.

For more information on “Tales of Halloween”, visit https://hartfordsymphony.org/concerts/hsos-tales-of-halloween/.

World premiere of composer Michael Shapiro’s “VOICES” on the Holocaust