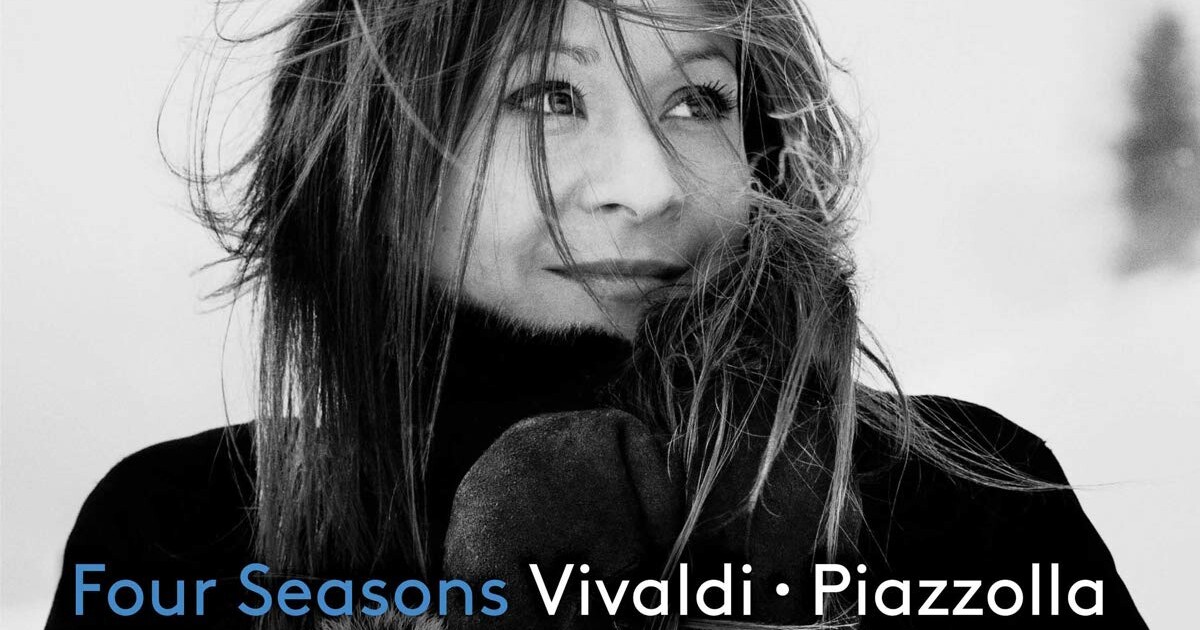 December 7, 2020. What do Antonio Vivaldi and Astor Piazzola have in common? German violinist Arabella Steinbacher. His new album Four Seasons stages the seasons heard through the music of Vivaldi, with his most famous work, The four Seasons, and Piazzola with his Four seasons of Buenos Aires.

Arabella, born in 1981 to a German father and a Japanese mother, began studying the Suzuki method for the violin at the age of three. She continued her education at the Munich College of Music and then studied with Anne-Sophie Mutter’s “Circle of Friends”, an organization that supports emerging string musicians.

Arabella was initially reluctant to add to the large number of recordings of Vivaldi’s classic, but as she said, “This is always MY first recording!” As for Piazzola, Arabella says she loves the “passion, desire and melancholy” of her music.

The album is arranged to contrast the two styles of the composers as well as possible. Each season alternates between Piazzola and Vivaldi. Piazzola says he didn’t think about her Four Seasons like a cycle made up of several pieces. They were written as individual works between 1964 and 1970 and premiered in Buenos Aires with his Quinteto Nuevo Tango in 1970. His Seasons clearly use the feel of the tango.

Compare that with Piazzola’s “Summer”:

Enjoy the contrast of the four seasons in Vivaldi’s northern hemisphere and Piazzola’s southern hemisphere in Arabella Steinbacher’s Four Seasons, the classic WRTI album of the week.