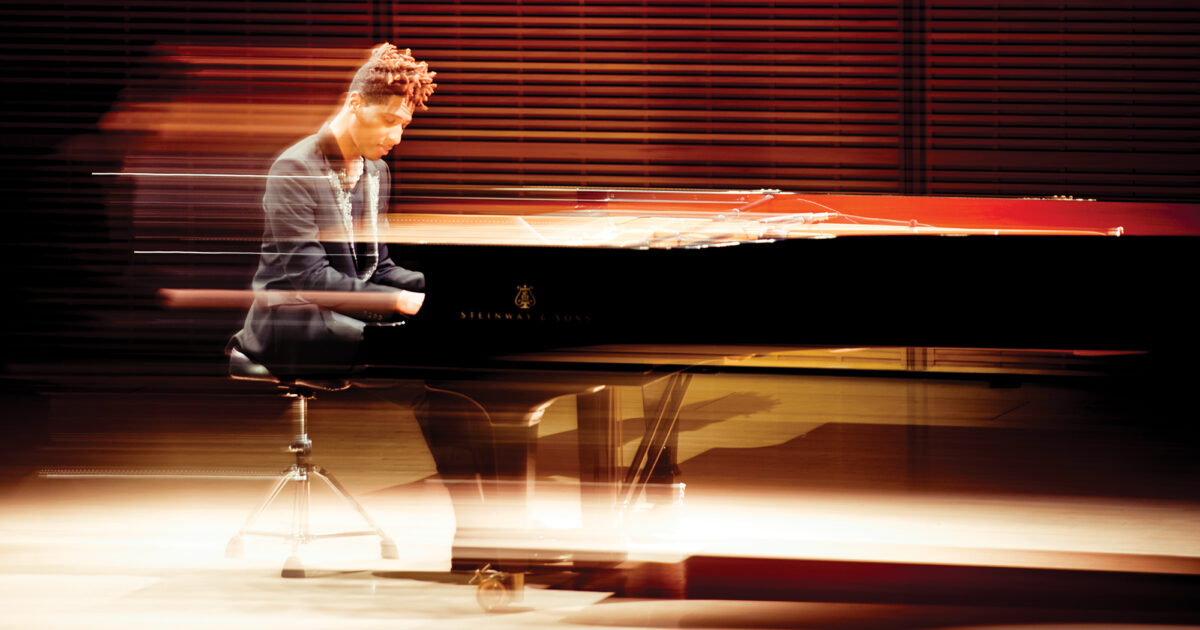 For Batiste, it’s about building on what came before.

Oscar-winning composer, musician, conductor and cultural ambassador Jon Batiste defies all categories. From his community “love riot” performances to his compositions for orchestra and various ensembles, he is making history on television and film, as well as in the recording studio. Batiste’s artistic vision is timeless, as strongly rooted in our musical ancestry as it is in cultural urgency. Before returning to Carnegie Hall for the final events of his 2021-2022 series, Batiste discussed the importance of music and his platform as a Perspectives artist.

How would you describe your Carnegie Hall series?
My Perspectives series is about making history. I want to do something that has never been done at Carnegie Hall. And as we stand on the shoulders of giants, I really want to take what they’ve done and build on it and expand it.

What does having your own Perspectives series mean to you as a musician?
Being in the epicenter of New York and expressing yourself as an artist is a dream for many. It is one of the hubs of art and culture in the world and has been for many years. Carnegie Hall represents all that is possible. This is an opportunity for an artist to live a dream. And it inspires me to go even higher, and it also inspires me to want to leave my mark – there’s such a pantheon of greatness that has existed in this space.

Your artistry has always been a reflection of the world around you, and it’s something that characterizes your events at the Hall.
As artists, we should always talk about the times we find ourselves in and project what could be better. American Symphony— which is really the culmination of my Perspectives in May — mixes orchestral music with big band and instrumentation based on the brass band tradition. This is the greatest work of great form I have ever written. It’s really something that encompasses what it means to be ideal Americanism. The question at the center of this new composition is whether or not we are up to the task of democracy.

You started your series last February at Zankel Hall with a concert that highlighted your philosophy of “social music”.
Something very important to me is the concept of “social music”, going to places of community ritual, places of worship – different areas of space where people co-exist – and fostering even more community. deep through music. Zankel Hall was phenomenal for that because it’s a really intimate acoustic environment. You can feel the audience and you can feel the city around you. And I think the idea of ​​what I wanted to present is that all people make music based on life experience. Music is life and that’s what I wanted the concert to represent.

One of the unexpected collaborations in your series is a performance with a classical orchestra.
I believe there is such a strong tradition in what we consider classical music that is overlooked, especially with descendants of American slaves at the center of it. And an ensemble like the Gateways Music Festival Orchestra – celebrating the contributions of classical musicians of African descent – says it all. We’re going to go down in history, it’s not something to miss.