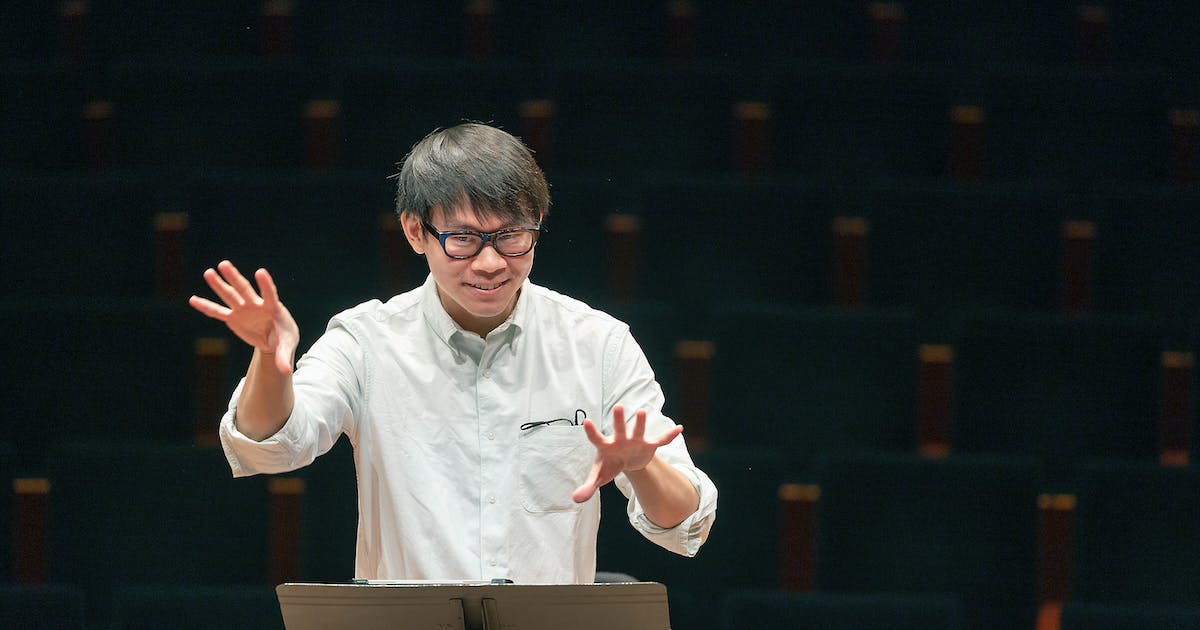 The St. Paul Chamber Orchestra got the idea for its new Sandbox Composer Residency program from composer Joseph Haydn.

“The idea was born out of a thought experiment I had at the start of the pandemic,” said Kyu-Young Kim, SPCO’s artistic director and lead violinist. “What if the SPCO could have a composer-in-residence like Haydn at Esterhazy? What if a composer today could truly experiment and innovate like Haydn did?”

Haydn, dubbed the “father of the symphony” and the “father of the string quartet”, attributed much of his originality to having an orchestra at his disposal for three decades in the 18th century in a remote Hungarian palace. Today, such relationships rarely develop. Composers usually arrive a few days before the premiere with a final score in hand.

This Sandbox residency is considerably more collaborative, with three different composers each spending five weeks with the SPCO. They will bounce off musicians’ ideas, try out fragments, take part in workshops of orchestral and chamber works, and then create them at subscription concerts.

The first composers invited to play in this sandbox are Viet Cuong, Clarice Assad and Gabriela Lena Frank. Cuong’s residency has already started.

“It’s a dream scenario to have five weeks in a season to develop, work on, rehearse and unveil a play,” Cuong said. “It takes the pressure off of having to deliver something nearly perfect the first time around.”

In addition to premiering a new work at this week’s SPCO concerts, the 32-year-old American composer will continue to refine a work in progress during a rehearsal on Thursday at 10 a.m. open to the public.

This piece – currently titled “Now and Then” – is set to be completed and premiered during the SPCO concerts from November 25-27, with discussions with the public after each performance. Cuong and the orchestra rehearsed the latest version of the score Wednesday at the Ordway Concert Hall, engaging in lively conversation between passages. The composer tossed around ideas for possible revisions, and the musicians responded with their own suggestions.

“The idea is to capture a spirit of innovation, experimentation and co-creation,” Kim said. “Our first workshop with Viet was exactly in that spirit. He wrote five short sketches which we performed, but then also started to deconstruct and piece together with input from the musicians.”

Cuong said “Now and Then” was conceived when he attended SPCO concerts featuring JS Bach’s “Brandenburg Concertos” in December 2021. He began considering using the harpsichord and performing with it. Bach-style chord progressions. The composer returned with these fragments in February and they were fleshed out during the workshops in May.

Assad is next, arriving in the spring and having a few pieces in the works in June. Frank’s residency will take place during the 2023-24 season.

“What the SPCO has developed with the Sandbox residency is unprecedented,” Cuong said. “What’s most special is how the SPCO has put collaboration and community at the heart of these commissions. … We’ve developed mutual trust.”

Rob Hubbard is a classical music writer from Twin Cities. Contact him at [email protected]