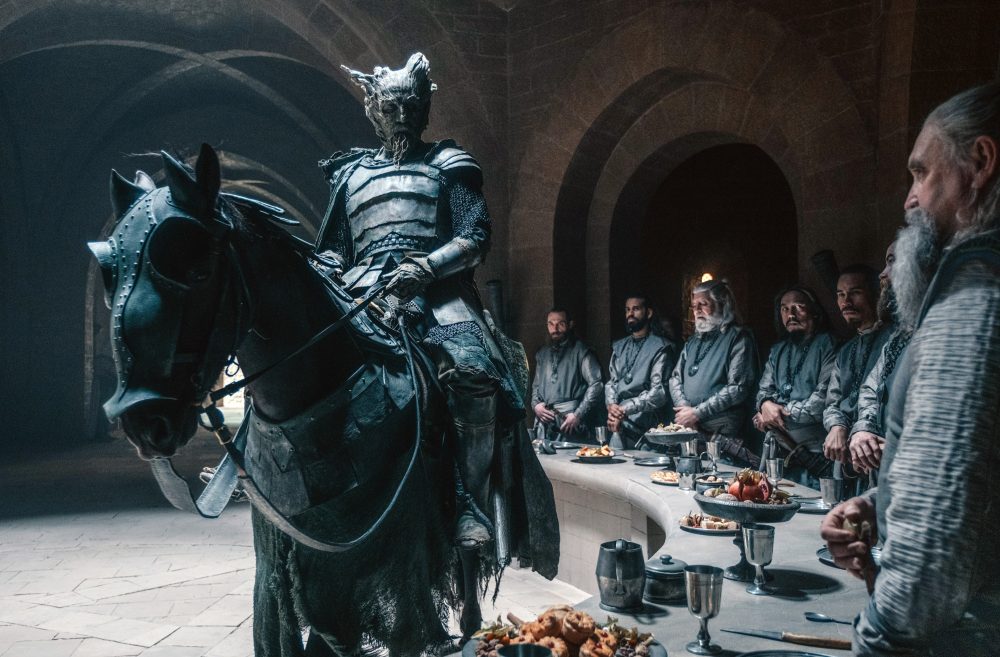 Daniel Hart, composer of ‘The Green Knight’ on the use of ancient instruments and a ‘Crash Course in Middle English Poetry’

Coming from a choral background, the composer Daniel Hart was well prepared to compose The green knight, but the real challenge was to create an old sound. With a base in ancient England during the time of King Arthur, it was important that the choral elements use the language of the time. Hart researched Middle English poetry to understand how things were pronounced differently at that time.

The green knight, based on the 14th century poem, tells the story of Sir Gawain, a nephew of King Arthur who accepts a challenge from the Green Knight. Gawain then embarks on a quest to prove his bravery and honor.

The score for The green knight was shortlisted in the Best Score category for this year’s Oscar race.

What were your first thoughts on what the score should be?

We had a first conversation probably at the end of 2018 and talked about instrumentation, which is usually how we start. I told him that I wanted to try having recorder quartets, like a baroque recorder quartet, as the main instrument. And then I had been obsessed with this Swedish navy stringed instrument called “nyckelharpa”.

Do you know the legend of Sir Gawain and the Green Knight previously?

I had never read it before, but some of my research when I started working on the music for the film felt like a crash course in Middle English poetry, because the film had at least a few scenes where people were singing . in front of the camera and I thought they should sing in Middle English. So I started reading and listening to a bunch of Middle English poetry to get an idea of ​​how words sound and how they are different from the way we pronounce things now. There’s a piece on the score called “O Nyghtegale”, for example, and the single word “nightingale” sounds like a completely different word. There is a big Scandinavian influence in Middle English which is basically part of the English we speak now.

How do you use instruments, like the nyckelharpa, to emphasize the choral elements?

I think the choir and the recorders often did the same things, like in the first piece of music that appears in the film, they come and go, the recorder quartet and our choir of seven. they are a calm response to each other in this piece of music. The nyckelharpa is very similar to a viola cello, in that it is a bowed string instrument. So most of the time I used it for the melody, and I used the recorders and the choruses more to create a mood.

Daniel Hart, composer of “The Green Knight” on the use of old instruments – Deadline