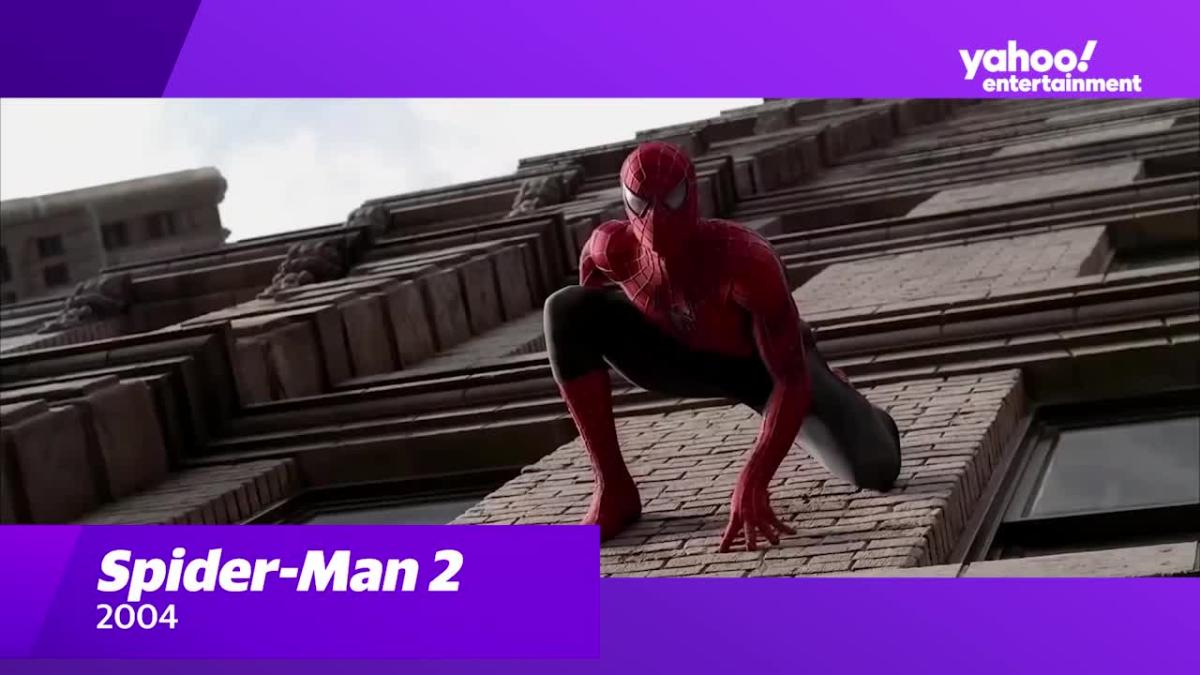 Kevin Polowy: You composed the scores for “Spider-Man” and “Spider-Man 2” before there was even an MCU, then did “Hulk” shortly after and “Avengers– Age of Ultron” also in 2015 , now “Doctor Strange” too. These are big differences between the two. Do you follow the Marvel world in between? Are you a big comic book movie guy?

DANNY ELFMAN: I am a guy who has a young son during this period. So, literally, I mean…it’s a true story. I mean, I was going to the Berlin Film Festival a few years ago and trying to get my son, Oliver, tickets to get him into “Ultron.” And tickets to Marvel movies are hard to come by. And I get a call from my agent, so you want tickets to “Ultron”? I will, yeah, I sure do. What should I do to get them? You have to start work tomorrow by making scores, so unpack your bags. I’m like, oh fuck. And I did. I unpacked and started the next morning. And that’s how determined I was to participate in this premiere.

It gave me the most amazing time with my son in my life. I’m sitting there at the opening, and my son says, (WHISPERING) Dad, look over there. I think it’s Stan Lee. (SPEAKING) And I mean, like I predicted it in my dream, he walks up to me and he says, Danny Elfman, so glad to meet you. I am delighted to have you on board. And he shakes my hand. And we take a picture with my son. Talk about Dad’s hero moment. It was like, oh, the gods are in my corner right now. Thanks Stan.

DANNY ELFMAN: You’ve been talking about diversifying your sound since, I think, Ang Lee challenged you on “Hulk.” What do you think makes “Multiverse of Madness” the most different from any other score you’ve done?

DANNY ELFMAN: The interesting thing about “Multiverse”, first of all, is that I’m working on something that already existed, but I’m trying to create a new approach to it. It’s kind of a unique challenge when you first start with characters. But I had a villain unlike anything I’ve ever had. Normally, when you write a theme for a villain, you think of Thanos, you think of Darth Vader, you think of people who want to control the universe or destroy the planet, and you don’t think of a mother who desperately wants to find her lost imaginary children that she magically created. I said, it’s absolutely unique that my antagonist is someone who also breaks my heart and who I love very much.

And so I had to find something that really played both, that could have an evil side to it but could also play like a nursery rhyme and play really innocently. That’s what I love the most is when I can write something and it’s deconstructed and it has a depth of other things that it’s going to be asked to do, all in the same frame.

I love this kind of musical puzzles. And “Doctor Strange 2” really had it all. In addition to the fun little musical Easter eggs I had to make, I found three moments to use Michael Giacchino’s original “Doctor Strange” theme, which I really wanted to do. And he, simultaneously, was doing “Spider-Man” and using my original “Spider-Man” theme. It’s like talking about a musical multiverse. And at the same time, a bit of “Captain America” ​​having a “WandaVision” moment. These things are kind of fun. And I… and I know the fans really love these musical Easter eggs. And I appreciate that.

It was like a nod from Sam. Did you get that impression from him? And also, how did you execute this scene?

DANNY ELFMAN: It was really tricky because Sam told me when he was going to shoot that scene. And I said to him, I said, Sam, I don’t know what you’re talking about. And he was like, you’ll see, you’ll see, you’ll see. So he comes back, and he has pictures, and I say, oh, I get it, you’re literally taking notes on the page. It’s not metaphorically or you know, symbolically, it’s like…

And in the end, I had a number of different classical composers who could have music sitting on the piano or on the music stand fighting against each other. And it was Kevin Feige who came up at the end and said, guys, guys, this scene is awesome. It’s almost there. Simplify it a little further – Beethoven versus Bach. And I went back to it one last time, in the very, very last… we’re talking about, like, weeks ago, just before the last day of dubbing, and I did it one last time again, simplified this area for just Beethoven’s Fifth Symphony against Bach’s Tocatta and Fugue in D minor. And that’s what’s in the film today.

Kevin Polowy: I like this. I saw someone tweet “the musical note sequence is Sam Raimi’s apology to Danny Elfman for ‘Spider-Man 3’.

Kevin Polowy: You don’t have to comment on that. [LAUGHS]

DANNY ELFMAN: You know, it doesn’t matter. I mean, we had our moments and things like that, but it doesn’t matter because we…we went through them. You know, it’s like– in a decades-long relationship, you’re going to have times when you drift apart, but what matters is that you love each other and come together again. It’s like a relationship with family. I met my wife on her set, we were both “Evil Dead” fans. And we have a 17 year old son. And we’ve been telling him his whole life, you’re the child of the Evil Dead.

It was so good to reconnect with him. And I love working with him. I really do.