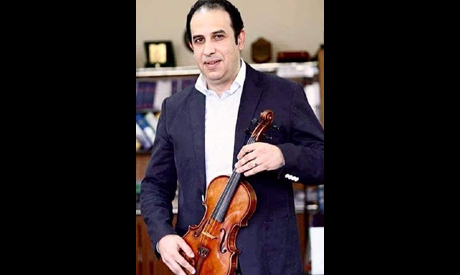 Egyptian violinist Ashraf Heikal died on Wednesday morning on the eve of a sudden health crisis, the Musicians’ Union revealed.

Heikal graduated from the string department of the Cairo Conservatory in the early 1990s and continued his postgraduate studies at the Institute of Arab Music, where he obtained his masters and doctorate degrees. Both institutions are part of the Cairo Academy of Arts.

It was at the Institute of Arab Music that he then taught and performed alongside many prominent Arab music ensembles on renowned stages, including the Cairo Opera House.

Among his many engagements, he has worked with the Oriental Takht ensemble and with the famous musician Omar Khairat.

Until recently, he was also dean of the Institute of Arab Music.

The Egyptian cultural scene has expressed its condolences to Heikal’s family and all the artists working at the Academy of the Arts.

Culture Minister Ines Abdel Dayem highlighted Heikal’s achievements as a teacher who with his great professionalism and unique kindness has led hundreds of students in the field of music.