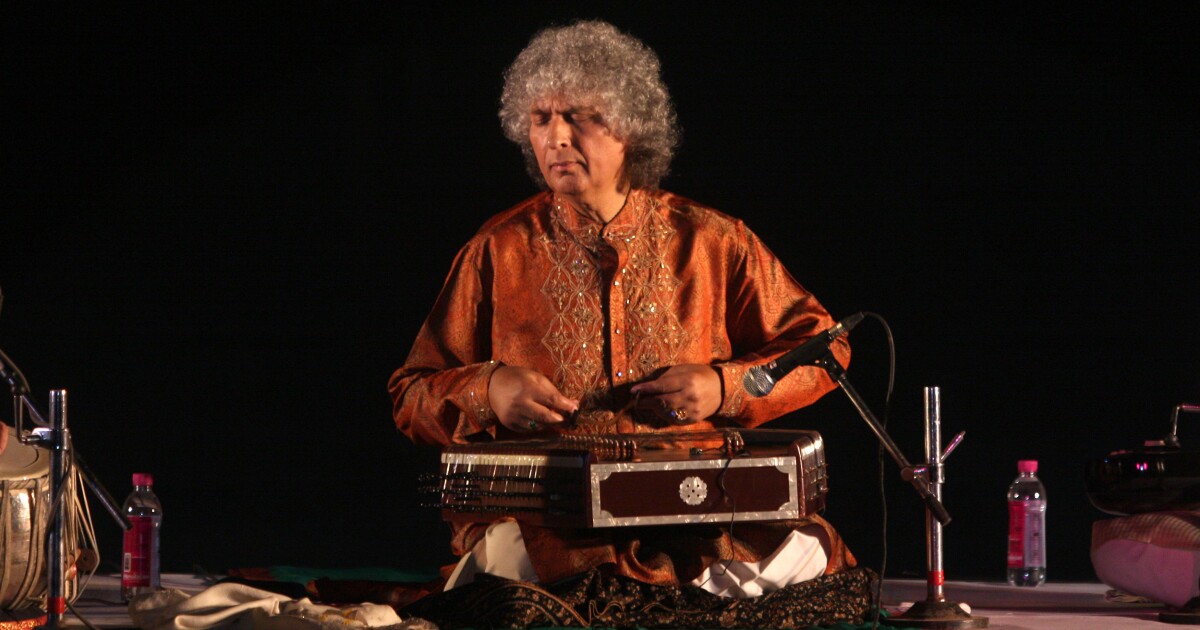 Indian musician and composer Shivkumar Sharma, who elevated the 100-string hammered dulcimer to classical concert stages around the world, died in Mumbai on Tuesday at the age of 84. santoor — a feat for an instrument that is played by striking the many strings with two mallets.

His death was first reported in Indian media, with the family saying he died at home of a heart attack. Indian Prime Minister Narendra Modi also gave public tribute: Using honorary titles for the late musician, Modi wrote, “Our cultural world is poorer with the passing of Pandit Shivkumar Sharma Ji.”

Sharma (whose name was also written in English as Shiv Kumar Sharma) was celebrated as both a virtuoso of santoorthe hammered dulcimer, as well as a composer who has written highly acclaimed scores for Bollywood films with his writing partner, flautist Hariprasad Chaurasia.

Born in the city of Jammu, Kashmir region, on January 13, 1938, Sharma came from a musical family: his father, Uma Dutt Sharma, was a well-known singer and picture drum player. (Father and son received the title of Panditor “teacher”.)

Uma Dutt Sharma originally brought her son to sing and play the tabla as well, but saw the hammered dulcimer – then mainly known as a folk instrument in Kashmir, with roots in ancient Persia – being played in a style related to the Sufi, or Islamic mystic, traditions of Kashmir. The elder Sharma saw an opportunity for his son to master an instrument that would be new to North Indian classical music. When he was only 17 years old, in 1955, Shivkumar Sharma made his debut with his santoor at a classical music concert in Mumbai.

Over the decades that followed, Sharma became the undisputed master of the santoor as a classical Indian instrument; his son Rahul also became a noted santoor player, and they performed together often from the 1990s.

Shivkumar Sharma has toured the world frequently, often appearing on stage with tabla master Zakir Hussain. One of his most frequent performing and songwriting partners, however, was Hariprasad Chaurasia. In 1967 they teamed up with guitarist Brij Bhushan Kabra for a highly atmospheric and evocative album titled The call of the valleywhich became a hit – both in India and with Western rock musicians who were falling in love at the time with Hindustani (North Indian) classical music, including George Harrison.

Working together under the professional name Shiv-Hari, Sharma and Chaurasia wrote the musical scores for several Bollywood films, including two hits: 1991’s Lamhe and 1993 Darr: a violent love storyboth of which featured one of India’s most iconic singers, Lata Mangechkar. As a duo, Shiv-Hari has been nominated five times for Filmfare award for the magazine’s best musical director.

Sharma has received several prestigious accolades in his home country, including the Sangeet Natak Akademi Award in 1986 (the highest award given to performers by India’s National Academy of Music, Dance and Drama) and two government awards high level: the Padma Shri in 1991 and the Padma Vibhushan in 2001.