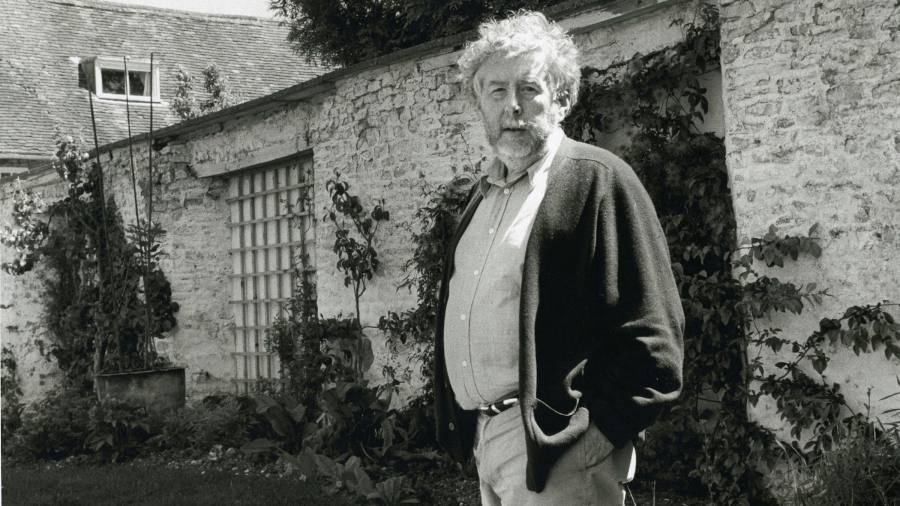 Sir Harrison Birtwistle, who died aged 87, liked to take his time answering the questions everyone always seemed to want to ask him. He was the most celebrated British composer of his generation, adored by his younger colleagues, to whom he was an artistic father figure. His answers, often reluctant, often monosyllabic, usually came after a pause during which not only the question, but the whole world from which it had emerged, was weighed and scrutinized.

In conversation as in music, the important thing for Birtwistle was authenticity. If something wasn’t right, didn’t seem real, he would quickly lose interest. He would see clearly at the slightest pretension. The “establishment”, which welcomed him with open arms, was something he never professed to be a part of; he was known to surreptitiously throw buns at friends at awards dinners at the Dorchester Hotel.

Birtwistle’s unsentimental gaze and aesthetically generous yet artistically fearless spirit from which he stems are evident in his musical output. From 1965 Tragodeiaa series of Dionysian rites structured around the form of an ancient Greek choral ode, in 2012 Requiem of the Moth, in which a lifelong fascination with the butterfly’s evil starry cousins ​​is woven into a 12-part study of sonic transformation and the ephemeral, its music is sultry, often exquisite, but never pretty or picturesque. Rather, the feeling is always one of unwavering engagement with the natural and human worlds, or with the turbulent point where the two meet.

The son of two bakers, Harry (as he was called; he never knew why his parents christened him so aptly) grew up on the outskirts of Accrington in the north of England, at home in the wild highlands of Lancashire and in its industrial heartland. Many of his plays express this interdependence of rural and urban environments, for example the opera Yan Tan Tethera and Panic (after the Greek god Pan), the scandal success from 1995 The Night of the Proms.

His musical palette also goes back to a world of clogs on cobblestones (the first sound he says he remembers), the clanking of machines and the intense calm of a simple house in which he was the only child. There was also the local marching band which he joined at the age of seven, taking up the clarinet. The timbres of brass, woodwinds and drums have forever remained his creative home. He was never comfortable writing for strings.

It was as a clarinetist that he obtained a scholarship to the Royal Manchester College of Music, where he also studied composition and quickly found himself allied with a group of contemporaries – the composers Alexander Goehr and Peter Maxwell Davies, the pianist John Ogdon and trumpeter Elgar Howarth – who together formed New Music Manchester, a collective dedicated to composing and performing modern and contemporary music.

The group ultimately transformed the English musical landscape from its “dusty” pastoral preoccupations. Harry found his home there simply because the world always looked and sounded different to him. As he later said, “I always felt like I had music in my head that didn’t exist. I wanted to write music that would keep its mysteries and never become familiar.

Birtwistle’s breakthrough came with the premiere of Punch and Judy at the 1968 Aldeburgh Festival. The opera, composed largely while studying at Princeton, galvanized his lifelong concern for the cyclical violence and renewal implicit in the folk cultures of England and Greece antique. The opera is divided into over a hundred self-contained numbers, each focused on ritualizing a particular effect and treating the characters not as individuals but as archetypes.

The story of Orpheus, the mythical demigod of music who charmed the spirits of Hades but was later torn apart by the Maenads, has been a lifelong obsession. Starting with Nenia: The Death of Orpheushe devoted what remains perhaps his magnum opus, The mask of Orpheus, to show the different, often contradictory, aspects of the character. He returned to the story, from the point of view of Orpheus’ lover, Eurydice, who was lost twice in 2009. The hallway.

In the 1990s Birtwistle moved with his wife Sheila to a converted silk factory in Mere, Wiltshire, where he lived until his death. Sheila died in 2012. They are survived by three sons.

At an event shortly after the premiere of Panic, whose Proms premiere lit up the standard of BBC complaints and received a scornful reception in parts of the press, Birtwistle was asked what he thought the “man in the street” would do with his music. An awkward silence ensued. “The man in the street,” Birtwistle finally repeated, turning the words around in a soft Lancastrian growl. “I think we have a problem with the man in the street.”

As the audience laughed demurely, as if to agree that some degree of ignorance of modern music among the general public was inevitable, the irritated expression on Birtwistle’s face revealed its true significance. The establishment had the problem. Besides, if the man in the street was present, it was Harry himself. He said it more directly afterwards: “Sometimes it’s better if people shut up and listen.”