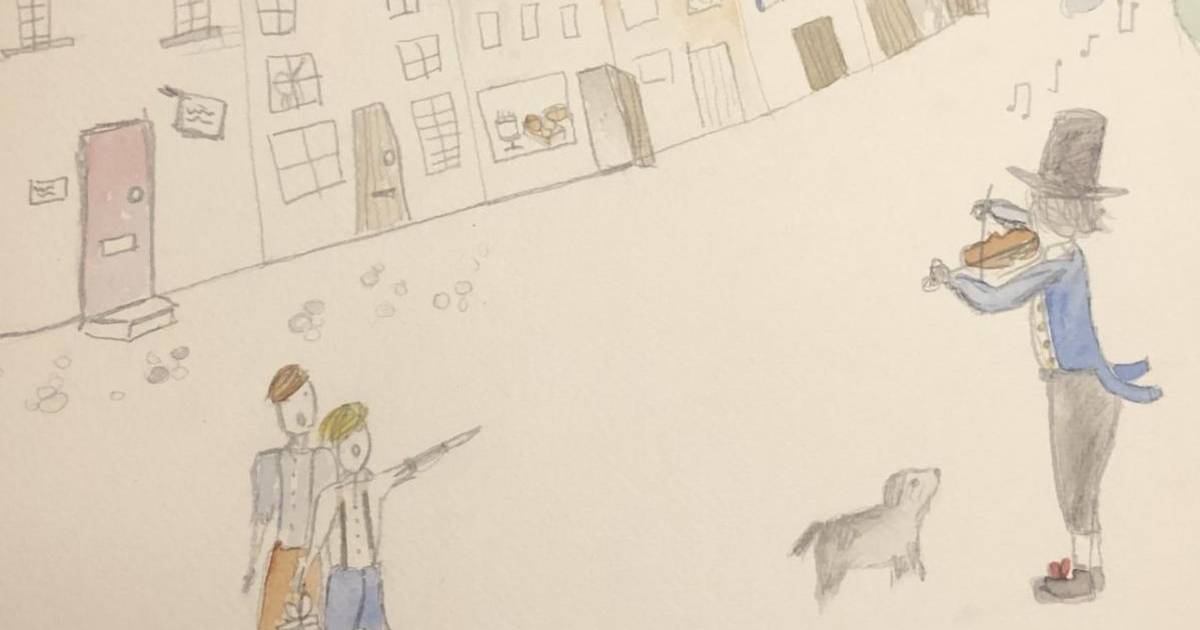 Harry lived in the countryside. One day he was walking to school with his friend Timmy. As Harry walked to school, he saw people playing the violin, and he thought he would like to learn an instrument like that. People were classy, ​​they always wore classy clothes wherever they went. They practiced their music every day in the streets of the village.

Harry said, “I’d like to play the violin, would you?”

Timmy said, “Yeah,” because he didn’t know what to say.

Harry said: “I wish I had a violin that I could play on.”

When Harry came home from school, he asked his mother for a violin.

Her mother replied sadly, “I can’t afford you a violin because they’re quite expensive.

Harry thought, how can I earn money to buy myself a violin?

Harry got some money, but when he went to the music store for a violin, he found that the violins were still too expensive.

Harry returned home and found wood in his garden. He had an image in his head of what a violin looked like. His mother was good at knitting and making stuff.

He asked his mother, “Can I take some ropes?”

His mother said, “Yes, of course.”

He went to the garden and started making the violin.

He went to his friend Timmy and said, “I have a violin! We could learn the violin together!

They went to the street and asked the posh people, “Can you teach us to play the violin?”

One of them replied, “Why don’t you come with us, and you can learn with us?”

The boys got into their horse-drawn cart…

Over the past year, Fighting Words and Fighting Words NI have been running a special project related to the Ministry of Culture Centenarians Initiative. Using either time travel or the discovery of a time capsule as a means of circulating ideas, we encouraged groups to reflect on how Ireland and the world have changed over the past hundred years. . After discussion, the groups then wrote collective stories in response to the theme.