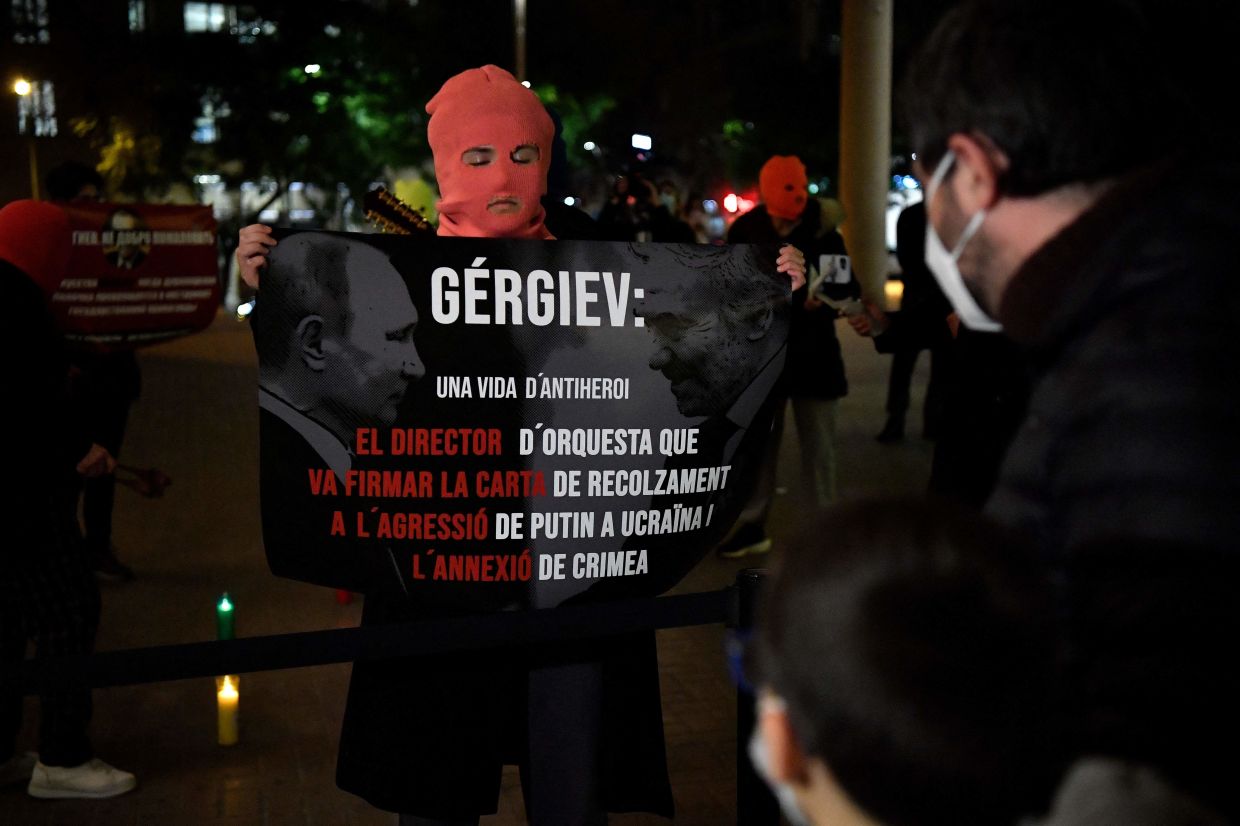 Munich Mayor Dieter Reiter has threatened to remove Valery Gergiev as conductor of the Munich Philharmonic Orchestra unless Gergiev says publicly by Monday that he does not support the Russian invasion of Ukraine.

The Rotterdam Philharmonic Orchestra has also said it will scrap the 68-year-old Russian’s planned festival in September if he does not stop supporting Russian President Vladimir Putin.

Carnegie Hall announced on Friday that it was canceling two May performances of the Mariinsky Orchestra that were to be conducted by Gergiev. The institution cited “recent world events” and the pandemic, adding that it would not reschedule the shows. The move comes a day after the Vienna Philharmonic Orchestra dropped Gergiev as conductor on a five-concert US tour that begins at Carnegie Hall on Friday.

Gergiev is close to Putin and supported Russia’s annexation of Crimea in 2014.

“I made my position clear to Valery Gergiev and asked him to distance himself clearly and unequivocally from the brutal invasion that Putin is waging against Ukraine and now in particular against our twin city, Kyiv,” Reiter said in a statement. a recent press release.

“If Valery Gergiev does not take a clear position by Monday, he will no longer be able to remain conductor of our philharmonic.”

Gergiev has been Munich’s conductor since the 2015-16 season. He was Principal Guest Conductor in Rotterdam from 1995 to 2008, and the orchestra launched an annual Gergiev Festival in 1996.

“In the event that Valery Gergiev does not openly distance himself from President Putin’s actions in Ukraine, we will be forced to cancel all concerts conducted by Valery Gergiev, including the Gergiev Festival which would take place in September,” said Rotterdam Philharmonic Orchestra in a statement. .

He is also musical director of the Mariinsky Theater in Saint Petersburg, Russia, and of the Festival des Nuits Blanches.

Gergiev, a conductor close to Russian President Vladimir Putin, will not lead the Vienna Philharmonic Orchestra on a five-concert US tour that kicked off at Carnegie Hall on February 25. Photo: AFP

In addition, the Royal Opera House on Friday canceled a planned London tour by the Bolshoi Ballet of Moscow.

The Mariinsky and the Bolshoi are among Russia’s most renowned art institutions.

“A Bolshoi Ballet summer season at the Royal Opera House was in the final stages of planning,” the Royal Opera said in a statement. “Unfortunately, under the current circumstances, the season can no longer continue.”

Milan’s Teatro alla Scala also sent a letter to Gergiev on Thursday asking him to make a clear statement in support of a peaceful resolution in Ukraine or he would not be allowed to return to complete his tenure as Tchaikovsky. The Queen of Spades.

Milan Mayor Giuseppe Sala, who is La Scala’s president, said the request was made because Gergiev had repeatedly stated his closeness to Russian President Vladimir Putin.

La Scala said on Friday it had not yet received a response.

Online posts in recent days had promised demonstrations at Carnegie Hall, where Gergiev was to lead the Vienna Philharmonic Orchestra on Friday and Saturday evenings and Sunday afternoons. The orchestra then travels to Hayes Hall in Naples, Florida, for performances on Tuesday and Wednesday. 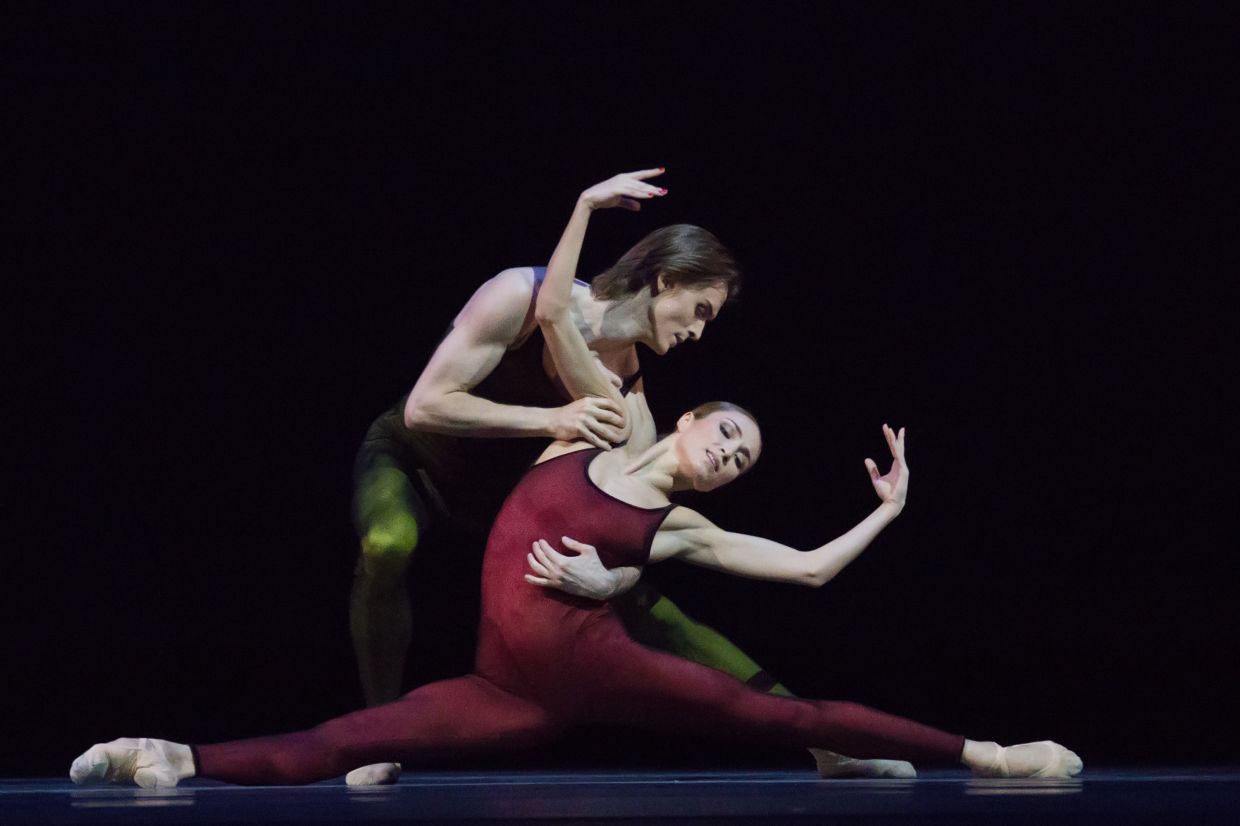 The Royal Opera House on Friday canceled a planned London tour by the Bolshoi Ballet of Moscow. Photo: AFP

Semyon Bychkov, another top Russian conductor, issued a statement critical of the Russian government. The 69-year-old is music director of the Czech Philharmonic and was music director of the Orchester de Paris from 1989 to 1998. He emigrated to the United States in 1975 and has lived in Europe since the 1980s.

“Silence in the face of evil becomes its accomplice and eventually becomes its equal. Russian aggression in Ukraine brings us to what my generation hoped would never happen again: war,” Bychkov said.

“You have to be crazy to talk about the collapse of the Soviet Union as the greatest tragedy of the 20th century, as Putin defined it, rather than rejoicing in the fact that it happened without bloodshed and ended the kidnapping of many nations besides Russia itself.

Chicago Symphony Orchestra Music Director Riccardo Muti took the rare step of addressing the audience before a performance of Beethoven Ninth Symphony at the Orchestra Hall on Thursday evening.

“What I, we see on television is horrible,” Muti said.

“And, tonight, in the last movement of the symphony, Beethoven taking up Schiller’s text, he speaks of joy, joy, joy. But then we will think that joy without peace cannot exist. And so I hope that from this wonderful hall – from the orchestra, from the choir, from you – a message should reach all the people who not only in Ukraine but in the world (who) create violence, hatred and a strange need for war: we are against all that.”

The Berlin Philharmonic Orchestra dedicated performances to Mahler this weekend Second Symphony to those affected by the invasion.

“Putin’s insidious attack on Ukraine, which violates international law, is a knife in the back of the entire peaceful world,” said conductor Kirill Petrenko.

“It is also an attack on the arts which, as we know, unite across all borders. I stand in total solidarity with all my Ukrainian colleagues and can only hope that all artists will stick together. elbows for freedom, sovereignty and against aggression.” – PA