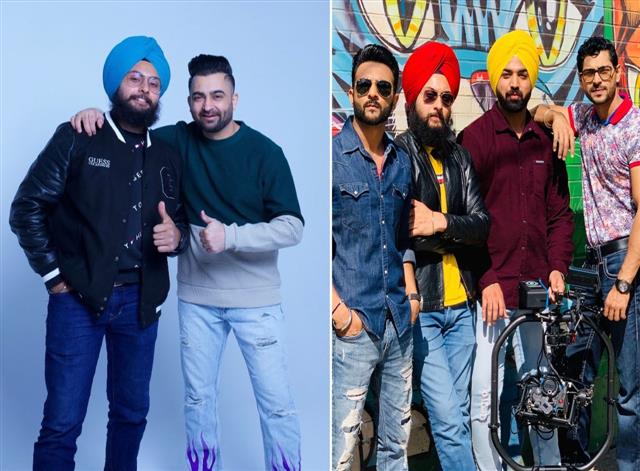 Music Director Diljot Garcha from Ludhiana is known for songs like Mera Jee Karda, Gallan Ne 2, Front fire, Nachna Payu, Gumaan, Kinaare. He also gave visual effects to Diljit Dosanjh’s hit song “Lover” and he has now collaborated with Harish Verma and Sharry Mann for his upcoming songs. While Harish lent his voice to a sad song, the one with Sharry is a fun number.

Having toured in Canada, Diljot shares that there were various issues while working on the songs. He says, “There are challenges shooting anywhere. No matter how prepared you are, you’re definitely going to encounter ups and downs. Filming is all about problem solving. While filming in Canada , I encountered various problems. One of the biggest was the weather. It drops in temperatures between minus 20 and minus 30 and it becomes very difficult to shoot consistently. On top of that, sometimes a actor or another contractor may not show up. Then we get pulled over by cops, asked by the security guys to leave the place and stuff like that.”

Sharing his experience working with artists like Harish Verma and Sharry Mann, he says, “Working with Sharry Mann has been amazing. He’s such a down-to-earth guy that you never feel like you’re working with such a big celebrity. . Harish has been in the industry for a long time. Working with him is a learning experience in itself. I learned a lot from him during the filming. All in all, it was a pleasure to work with them.