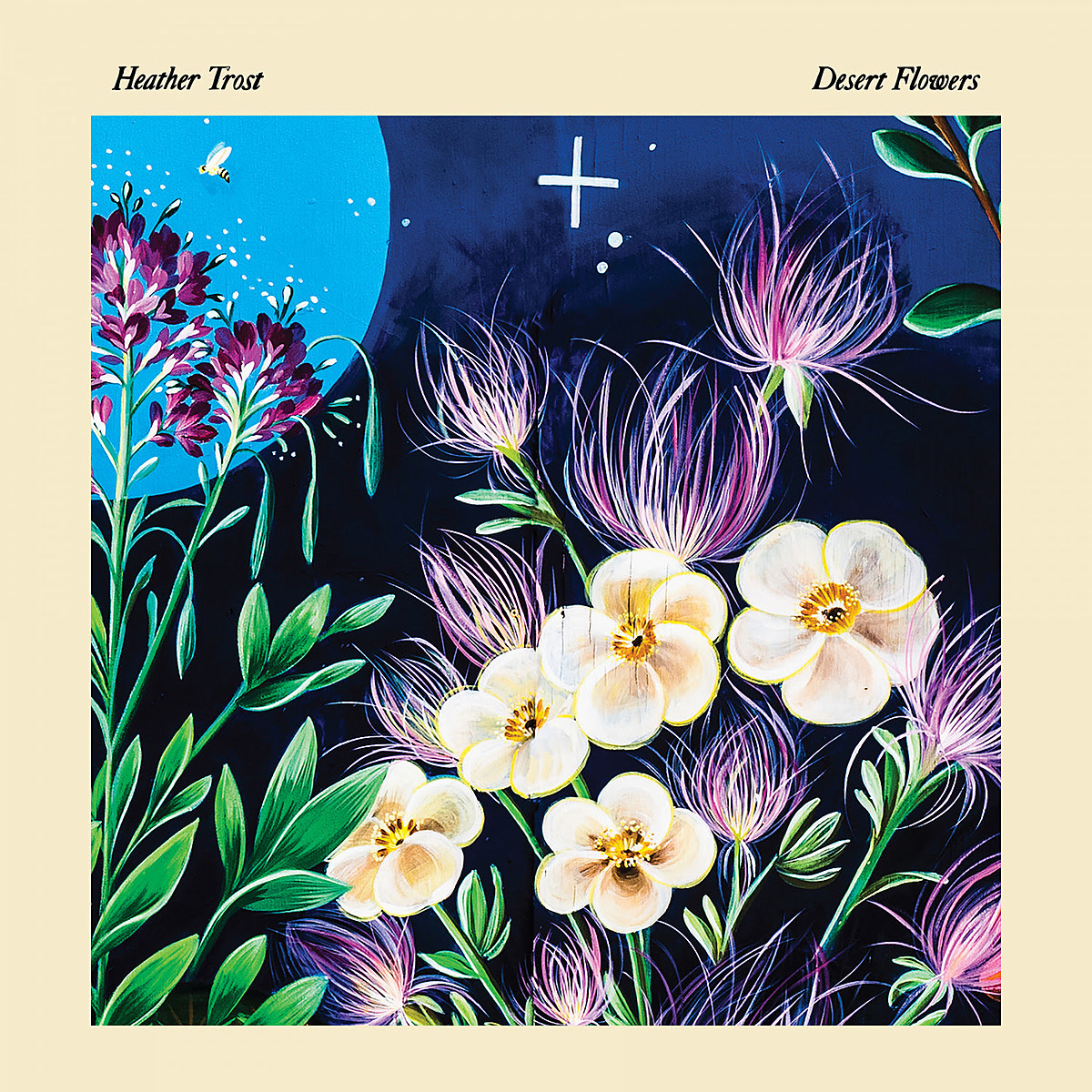 So many artists, so many songs, so little time. Every week, we review a handful of new albums (from all genres), round up even more new music that we’d call “indie” and talk about what’s coming out of metal. We post music news, track premieres and more all day. We update a weekly playlist of some of our current favorite tracks. Here is a daily summary with a bunch of interesting and recently released songs in one place.

Panda Bear continues his busy year by jumping on a track from Nosaj’s upcoming album Thing (out this Friday), and he finds them both dipping into ambient pop.

Rising rapper redveil has released a new remix of “pg baby,” and this version features one of his biggest influences, Denzel Curry, who has also taken redveil on tour this year. Denzel fits in perfectly and helps make a great song even better.

Aoife’s long-awaited new album Nessa Frances was released this Friday, and ahead of its release, she shared a final advanced single, “Chariot.” “I wrote ‘Chariot’ shortly after packing up my things in town and moving out west,” she says. “It’s a lot about that time, the process of stepping away and creating a new life. I wanted to communicate the beauty of the ephemeral and how my acceptance of all kinds of endings brought me closer to the people I love. It’s about surrendering to the cycles of death and new life and owning the sense of freedom that comes with it. More than anything, it’s about universal love and the fragility of life. “Chariot” is the song that feels most central to the message of Protective – which is about self-preservation, finding inner strength and getting closer to the part of myself that guides me to a better path. It’s about being uprooted from what’s familiar and deepening my connection to my family and friends.”

A GRIEVING STAR – “A WORLD BEYOND”

Vancouver metalcore band A Mourning Star just released their debut EP To see your beauty fade from earlier this year with new single “A World Beyond”, and he finds them even more leaning towards the cleaner, more melodic side of early 2000s metalcore (Poison The Well-style) than the EP . That’s great.

The final single from Heather Trost’s new solo album from A Hawk and a Hacksaw is the propulsive, buzzing ‘The Devil Never Sleeps’.

Longtime underground rapper Stalley has announced a new album, SOMEBODY UP THERE LOVES MEdue out on December 6 via Mello Music Group, and here comes the hard-hitting debut single “RED LIGHT.”

The grooves of Badge Époque Ensemble’s new album clouds of joy the sound is ready to be sampled and that’s what happened – beatmaking team Lammping used the tracks for the new album Luck of Reign. Discover “Naturally Conspiring” with Boldy James & Roshin.

The US Girls have shared a new single, “Bless This Mess,” a tender piano ballad about coping in a broken world. Meg Remy sings in the chorus: “I bless this mess / Goddamn, yr doing yr best.”

EAVES WILDER – “I STOLE YOUR SWEATER”

19-year-old Londoner Eaves Wilder has signed to Secretly Canadian, and her first release on the label is the cool and vengeful single “I Stole Your Jumper.” Learn more here.

The title track from their just-announced LP, “One Day,” sees Canadian hardcore veterans blend gritty vocals with more upbeat lyrics and rock-solid instrumentals. The song, along with the rest of the album, was written and recorded within 24 hours. Learn more here.

Chicago-based musician Maria Jacobson has announced her second album as Fran, Leaving, which will be released on January 20 via Fire Talks. The new album includes her recent single “So Long”, as well as new track “Limousine”, about which she says, “‘Limousine’ is a call to be together in the face of collective anxiety and destiny. We try to dip into history, religion or mythology for information about how we should live, but we find ourselves in the same place over and over again. I find this comforting! It allows us to recognize that we are not alone in these times. difficult feelings, that we have never been alone.”

Ruban Nielson gives the first look at UMO’s double album due in 2023 on “I Killed Captain Cook”. The modern, dreamy folk song is accompanied by a music video shot and directed by Ruban and featuring his mother, Deedee Aipolani Nielson. Learn more here.

Honey Harper’s second album drops this Friday via ATO, and here’s one last taste to hone you in before it all goes down. “Boots Mine Gold” has a late 70s/early 80s feel, bright, electric and lush, which is a great place for William Fussell’s deep croon.

SECRET MACHINES – “THERE IS NO BEGINNING”

Secret Machines announce new album The Moth, the Lizard and the Secret Machines which will be released on February 17. This is their second album since getting back together and it’s a bit of a “lost” record, as it comes from recordings originally made in 2010 and then reworked after the 2020 return, Wake up in the brain chamber.

Wales-based American singer-songwriter Jeb Loy Nichols to release new album The United States of Broken Hearts which will be released on November 11 via On-U Sound. Discover this magnificent early taste.

West Philadelphia duo Crooks & Nannies have announced a new EP, Not funny, which will be released on January 13 via Grand Jury Music. It features their recent single “control” and they shared another new song, “Sorry.” “’Sorry’ is the first and only song I wrote entirely in one sitting,” says Sam Huntington. “I recorded a demo immediately afterwards, and the final vocal is still the take from that demo. stop ignoring the fact that I was transgender but I was struggling to understand what it meant to me personally, and felt a lot of frustration with myself for not understanding it. Simultaneously, I found myself single for the first time in years and without the self-understanding to forge structures and supports that I had, until then, found in other people. I was in over my head, looking for strength in the wrong places and finding it harder and harder to see a future for myself.

Quicksand shared a new post-hardcore banger from last year’s sessions Remote populationsand you can read about it here.

ANXIOUS – “WHERE YOU HAVE BEEN”

Anxious’ new single is an emo/punk song with great Beach Boys-esque harmonies, and you can find out more here.

THE REAL MCKENZIES – “LEAVE HIS JOHNNY”

The Real McKenzies have shared a new song from their upcoming Sea Shanty album and you can find out more here.

Looking for even more new songs? Browse the archive of new songs.