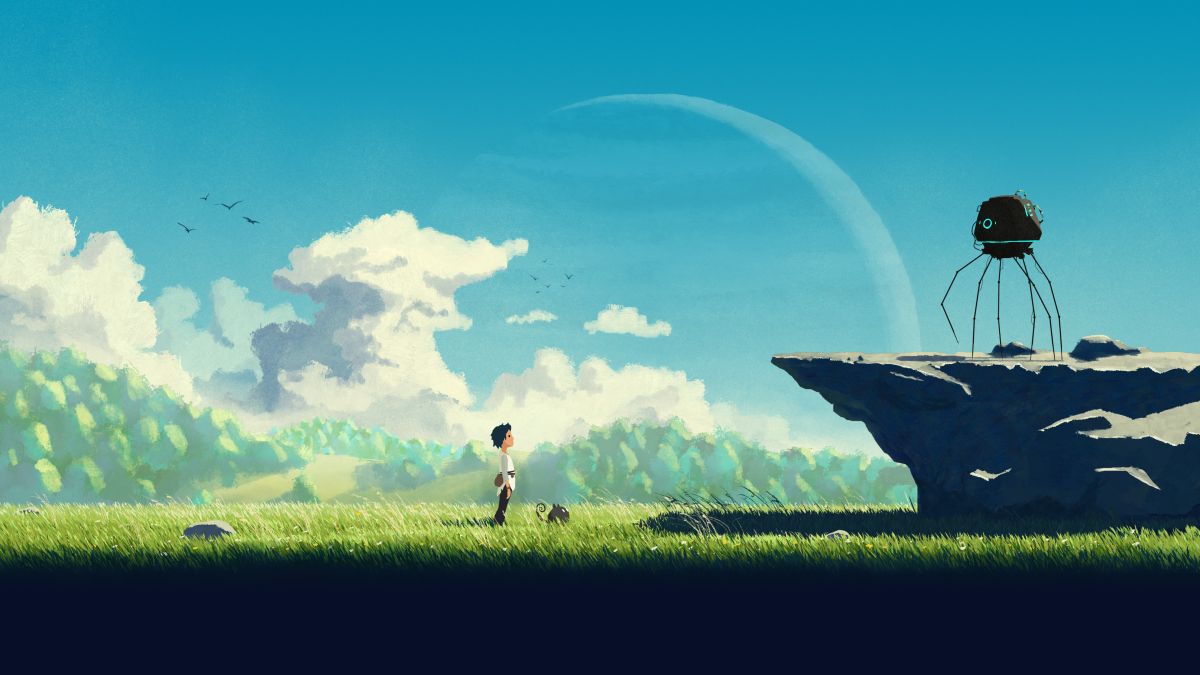 Planet of Lana was my favorite game at Gamescom 2022. I saw some crackers during my time on the Koelnmesse lounge, okay – including new in-game footage of The Callisto Protocol, the reimagining of Alone in the Dark by Pieces Interactive, a first look at Creative Assembly’s Hyenas, and hands-on time with Goat Simulator 3, to name a few games that caught my eye. But it was the gorgeous, whimsical platformer from Swedish indie band Wishfully and Thunderful Publishing that captured my heart.

Slated for release in Spring 2023 and billed by the developers as a cinematic puzzle adventure “framed by an epic sci-fi saga”, Planet of Lana sees us fill the shoes of the titular protagonist, who is tasked with uncovering the secrets of a unknown world invaded by hostile machines. In doing so, Lana is joined and aided by her loyal and lovable pet, Mui, in a setup that echoes everything from Inside to Limbo, Little Nightmares, Abe’s Odyssey, Another World, Brothers: A Tale of Two Sons and The Last Guardian. As fate would have it, the latter game’s composer, the esteemed Takeshi Furukawa, is now also writing the score for Planet of Lana – and all it took was one look at a first screenshot, followed by an unsolicited email.

“Takeshi Furukawa actually emailed us out of the blue based on an image from the game,” says Klas Martin Eriksson, co-founder of Wishfully and writer for Planet of Lana. “He’s of course known for The Last Guardian and other stuff, like Star Wars: The Clone Wars. He’s a really talented guy, and he reached out to me to say he’d really like to work on the game. took a look at Adam’s work [Adam Stjärnljus, the studio’s other co-founder], and liked it so much that he wanted to be part of the project. We couldn’t believe it! And he told us afterwards that it was the first time he had done that before.”

With that, it looks like Furukawa fell in love with Planet of Lana at first sight. And, after playing the charming platformer’s short demo at Gamescom, it’s easy to see why. Those familiar with any of the sidecrollers mentioned above will know what to expect here – players are tasked with guiding a helpless, stealthy character from side to side of the screen, leaping across chasms , grabbing ledges and overcoming puzzles of varying complexity and sophistication as you go. In doing so, you ask your affable companion Mui to support you when needed: some game pieces involve Mui sitting on a pressure plate to activate a remote gate or contraption – in fact, the epitome of puzzle play – while others involve manipulating multiple tools and environmental obstacles to progress.

Against a vibrant color palette, everything is gorgeous. And with Furukawa scoring the action, it all looks amazing. Eriksson continues, “Games like Abe’s Odyssey and Exodus, Another World, even Flashback, they all played a huge influence on Planet of Lana. You know, those are those games that we grew up with, those games that remind us of our childhood. Then, when you combine that with that Ghibli-esque art style and the mechanics associated with it, you can see Lana and Mui’s relationship develop very quickly.”

“We see the game as multi-layered, and Lana and Mui meeting and building this relationship is the first major part of it, where they grow stronger together. The second layer is Lana trying to figure out what’s going on, wondering: who or what? what are these robots, and what do they want?The third layer is this big sci-fi backstory that the player pieces together as they go through all these landscapes.

The setting in which I ran Lana and Mui was a pastoral landscape filled with lush greenery and sharp ravines, but Eriksson strongly emphasizes that this is just one biome of several that we will visit on planet Lana. The game in its entirety will feature deserts, swamps, a network of underground tunnels, and the ancient remains of an ill-fated spaceship among other intriguing locations. Even after only spending half an hour as Lana, I’m really looking forward to exploring more and also looking forward to developing the hero’s relationship with little Mui. Throughout my time working on the demo at Gamescom, Eriksson laughed out loud every time I waited for Mui to catch up to me after finishing a puzzle game. It’s optional, he said, but just about every other reporter who played the demo did so during the show.

Which, of course, speaks directly to the fact that Wishfully is building something special with Planet of Lana. I’ve barely scratched the surface, yet I’m already totally hooked. I can’t wait to explore more of its world, take on more of its robotic villains, and solve more of its brain-bending puzzles — later puzzles of which, Ericksson says, will see us hypnotizing animals. Doing all of this against Takeshi Furukawa’s marvelous score is equally exciting, and now I can’t wait to learn how the game’s music impacts its plot. “As far as music goes, well, it’s really a huge honor to work with Takeshi Furukawa,” adds Ericksson. “The music is also an integral part of the story – I can’t go into too much detail about that, I really wish I could because I could get into it for, like, two hours!”

What could that mean? Guess we’ll have to wait until spring 2023 to find out.

Planet of Lana is due next year on PC via Steam (opens in a new tab)Xbox Series X and Xbox One (also via Xbox Game Pass).

Want to get off the beaten track? The best new indie games worth the detour!