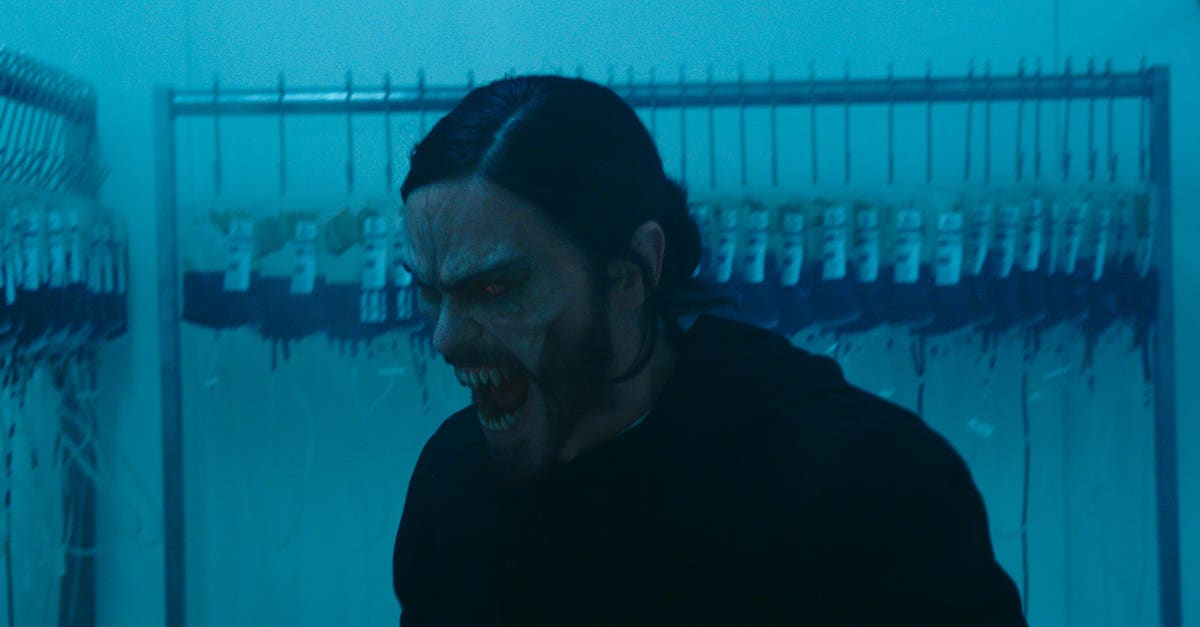 Almost three years ago, Sony Pictures released the first trailer for Morbius, a comic book film centered on the Marvel anti-hero known as “The Living Vampire”. the Spider Man– The adjoining offering was originally slated for a wide theatrical arc in late July 2020, but the tentpole (featuring Jared Leto in the lead role) has been postponed no less than six times due to the COVID-19 health crisis. 19.

Now, after all those delays, the long-awaited comic book feature is now hitting screens around the world.

Written by the Unspeakable Dracula duet of Matt Sazama and Burk Sharpless, the project sinks its fangs into the origin story of Dr. Michael Morbius, a gifted scientist who suffers from a debilitating blood disease he has lived with since childhood. Wanting to save himself and others from an untimely death, Michael embarks on mad science experiments, mixing the DNA of vampire bats with his own diseased cells.

His efforts to find a cure are successful, but the resulting serum comes with a very big catch: the good doctor turns into a horrifying bat-like monster with an unquenchable thirst for human blood.

To musically reflect this Jekyll and Hyde dynamic between Michael and his cursed impulses, director Daniel Espinosa teamed up with Swedish composer Jon Ekstrand who previously worked with the filmmaker on Child 44 and The life.

“You evolve together,” Ekstrand tells me of his professional relationship with the director. “Daniel…makes different films every time. It’s really hard for me and I really like this challenge. In a way, you feel so spoiled that you discover new worlds in these kinds of films with these big budgets…I’ve never done a superhero movie or a Marvel movie before.I’m always up for a challenge and I think you always have to try everything at least once.Daniel always puts you challenged in a way that brings completely different movies to the table and we don’t get stuck in the same [routine].”

***WARNING! The following contains spoilers for the film! ***

“From the start”, Ekstrand and Espinosa wanted to focus on the horror aspects of the story. “Pretty early on, we agreed to make the music a tribute to the movies we saw when we were kids and John Charpentier-style and that sort of thing,” the composer recalls. “Also, the electronic music that we grew up listening to in the 90s when we were dating.”

Referencing Victor Frankenstein’s famous exclamation from 1931, he adds: “I wouldn’t say we tried to emulate any of the classic horror movies, but we wanted to give it a classic vibe that’s more like: ‘It’s alive !'”

The end product was a synth-heavy score with traditional orchestral cues reflecting the hero’s transformation into a humanoid rat with wings.

He and his orchestrator pushed string instruments to their limits, producing “atonal, arrhythmic” sounds “that would sound like bats”. [location] in the cave at different distances… We also recorded this kind of thing with the violins, the violas, the cellos and the basses [and] actually re-recorded it and made it an almost underwater sonar sound and an echolocation thing. We used [that] a lot through the score and re-sampling and playing melodies with… synthesizing it, which was really cool.

The overall goal was “to portray Michael Morbius as a freak because what he’s doing is very questionable. He experiments with bats and mixes it with [human] DNA and they have to do these experiments [in international waters]. It’s all morally and ethically very questionable, so we wanted to portray him as turning into a monster.

There was a lot of musical experimentation by the composer, who made full use of his personal collection of synthesizers. “I just turned around in the studio and started picking out my favorite synths and making noises,” he adds. “Some of them have a life of their own, so it was a lot of sound, just experimenting and getting these weird things that we wanted to get out of it.”

Ekstrand has started the scoring process for Morbius a year and a half ago, but struggled to travel to the United States when the embassy in Stockholm closed at the start of the pandemic. When he was finally able to secure a travel visa, however, he became the first Hollywood maestro to return to the Sony recording scene with a full (albeit socially distant) orchestra. He describes the overall experience as “strange” and “special”, but nothing holds a candle – or in this case, a crucifix – to the anticipation and disappointment of seeing the film repeatedly postponed.

“It’s great to see it come out because I think every project is like an undelivered baby in some way,” Ekstrand said. “You’re so into it and whether it’s good or bad, you just want it to be in the world; take it out of the system because you have new projects that need to take [over] head space. I did a danish film [that was also delayed], but they only waited six months. It was hard, but [Morbius] it’s been a year and a half. It was like, ‘Come on, let’s get it out already!’ “

The film closed its opening weekend with a total of $84 million in ticket sales worldwide, in line with first screenings in North America. Given the title’s $75 million price tag, Sony might decide to wait and see if it pays to greenlight a sequel. In a mid-credits stringer, Michael Keaton’s Adrien Toomes/Vulture (the MCU villain of Spider-Man: Homecoming is transported to this universe by the failed spell of Doctor Strange in No coming home) shows up with a tempting offer to form the Sinister Six.

If Marvel’s Living Vampire returns in another big-screen adventure, Ekstrand hopes the studio will lean into the character’s horror attributes and break free from the limitations of a PG-13 designation. “I would like to see the [R-rated] following that and have carnage for real,” he concludes. “It would be fantastic.”