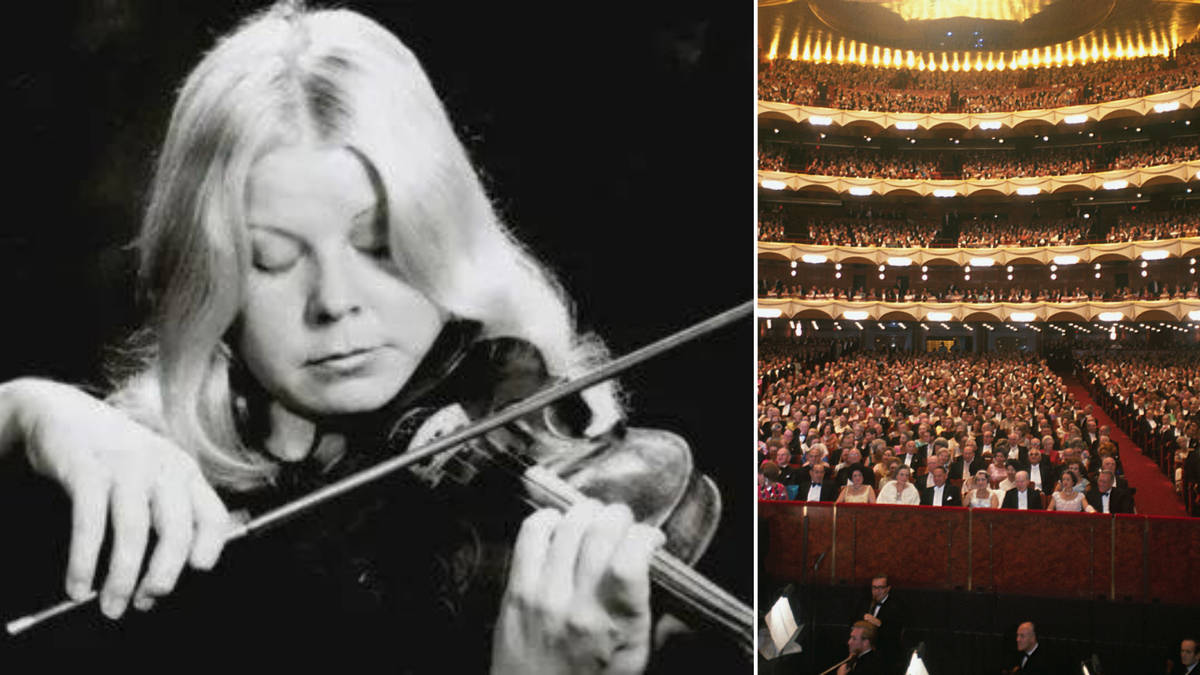 “Murder at the Met” is the second episode of Oxygen’s new true-crime documentary series, “New York Homicide,” and tells the story of a young violinist who disappears from the orchestra pit during a a performance at the Metropolitan Opera House 42 years ago.

On July 23, 1980, the curtain rose on the Berlin Ballet, invited to perform at the legendary Metropolitan Opera House in New York.

In the middle of the orchestra that night sat a 30-year-old violinist, Helen Hagnes Mintiks. A Juilliard graduate, Mintiks was an award-winning performer who made her professional solo debut with the Seattle Symphony when she was still a teenager.

After playing Stravinsky’s score, the orchestra, including Mintiks, left the stage as Five Tangos used pre-recorded music, so the musicians used the 45-minute ballet as a break.

However, when the orchestra was called back at 9:30 p.m. to play Don Quixotethere was an empty chair in the violin section, belonging to Mintiks.

Read more: Tragedy at Moscow’s Bolshoi Theater as an actor is killed on stage during an opera performance

The search for Helen Mintiks

At 11:30 p.m. after the show ended, Mintiks was still missing. Friends were worried because they knew she wouldn’t have left the building without her violin, which she had left on her chair after the first night’s work.

Authorities were contacted, and after looking in her locker and realizing that the clothes she had traveled to the venue were still there, they assumed she must still be in the building.

Police searched the building and at 8:30 a.m. the next morning found Mintiks’ body. She had been thrown from the Met’s sixth-floor roof into a ventilation shaft. Her body fell 30 to 45 feet and she died between 9 and 11:30 p.m. that night.

In light of the discovery, a police spokesman said a team of 25 detectives would interview every Met employee – more than 800 employees – within the next 24 hours.

After a day-long autopsy, New York’s Chief Medical Examiner concluded that the death was “the result of a fall” and that Mintiks was alive when she was thrown from the roof.

She was found tied up and blindfolded, and due to the tied knots, authorities were able to link this technique to stagehands at the Met. This linked to the police theory that the killer knew behind the scenes of the Met maze.

Read more: The opera that killed its star – the bizarre story of Leonard Warren’s death on stage

On the night of the incident, a stagehand, Craig Crimmins, then 21, was seen telling Mintiks that a dancer she was looking for was on the fourth floor.

A witness told authorities this was untrue, as the dancers were all downstairs, and it was suggested that Crimmins made up this fact to take the young violinist alone in an elevator with him.

Crimmins had also disappeared for his cue when Mintiks failed to return to his seat.

After bringing the stagehand in for questioning several times, Crimmins confessed to killing Mintiks.

In 1981, Crimmins was sentenced to 20 years to life for the murder and attempted rape of Helen Hagnes Mintiks.

Mintiks was well known to her friends. A friend, Kerry Voight, told the Washington Post at the time of her death that, “Helen was the kind [of person] who would come to your house for dinner and bring “dinner”.

She is survived by her husband, the late sculptor Janis Mintiks, who would continue the Met Opera after the death of his wife.

Unfortunately Mintiks would not be the last death at the Metropolitan Opera House.

Other incidents include the 1996 onstage death of tenor Richard Versalle, who died playing the role of Vitek in a Leoš Janáček production. The Makropoulos Affairand the 1988 suicide of opera singer Bantcho Bantchevsky.

You can watch the full episode of Murder at the Met: Homicide in New York to Oxygen.

Daniel Hart, composer of “The Green Knight” on the use of old instruments – Deadline