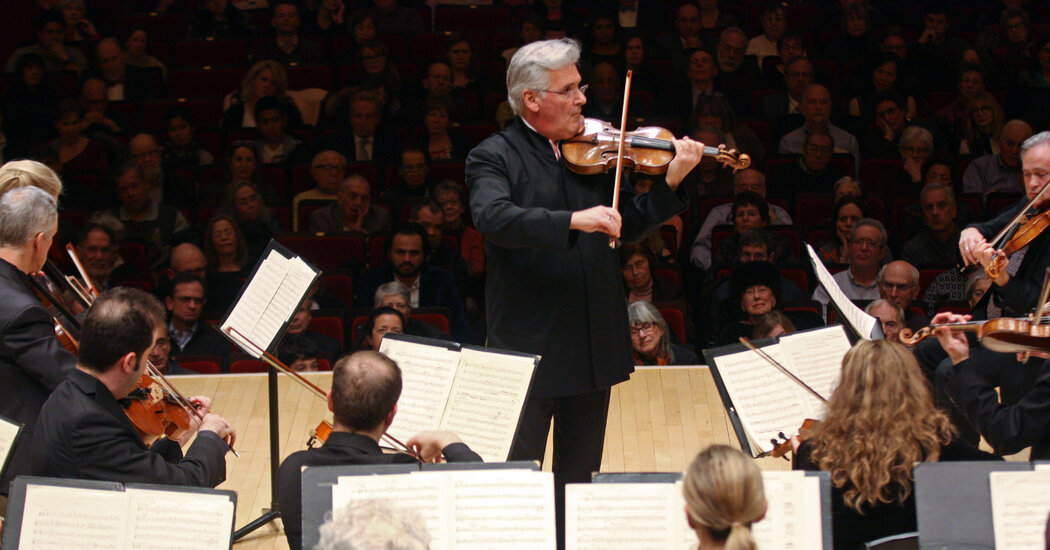 A masterclass by renowned violinist Pinchas Zukerman was to be the highlight of a recent virtual symposium hosted by the Juilliard School.

Instead, Zukerman angered many of the nearly 100 students and teachers in the class on Friday when he invoked racist stereotypes about Asians, leading Juilliard to decide not to share a video of his class. master later with the participants, as he had originally planned.

At one point, Zukerman told a pair of Asian students that their game was too perfect and that they needed to add soy sauce, according to two class participants. At another point, when trying to encourage students to play more lyrically, he said he understood that Koreans and Japanese don’t sing, attendees said. His comments were reported earlier by Violinist.com, a music site.

Zukerman’s comments were widely denounced by musicians and educators, with many saying they reinforced ugly stereotypes faced by artists of Asian descent in the music industry.

Juilliard attempted to distance itself from the question, describing Zukerman as a guest instructor and saying his “insensitive and offensive cultural stereotypes” did not represent the school’s values. Zukerman apologized Monday for what he called his “culturally insensitive” comments.

“During Friday’s master class, I was trying to communicate something to these two incredibly talented young musicians, but the words I used were culturally insensitive,” he said in a statement. “I personally write to the students to apologize. I’m sorry for making someone uncomfortable. I can’t undo this, but I sincerely apologize. I learned something valuable from that, and I will do better in the future.

Asian and Asian American performers have long struggled with racist tropes that their playing is too technical or unemotional. A wave of anti-Asian hatred in the United States in recent months has heightened concerns about the treatment of Asian artists.

Zukerman is a famous violinist and conductor whose career spans five decades. He was the biggest name in the Juilliard event, known as the Starling-DeLay Violin Symposium, which focuses on violin education and attracts promising young musicians, many of them teenagers, to participate in classes of master.

He made the remarks on Friday while sharing his comments with a pair of Japanese-born sisters.

After the sisters performed a duet, Zukerman told them that they should try to bring more singing quality to their playing, according to class attendees. When he said he knew Koreans didn’t sing, one of the sisters interrupted him to say they weren’t Korean, adding that they were partly of Japanese descent. Zukerman responded by saying people in Japan don’t sing either, according to attendees.

His remarks caused an outcry among Asian and Asian American musicians, with some sharing stories on social media about their experiences dealing with stereotypes and prejudice.

Hyeyung Yoon, a violinist who last year founded Asian Musical Voices of America, an artists’ alliance, said Zukerman’s remarks represented a type of thinking that “dehumanizes a group of people without actually knowing who they are.” .

Keiko Tokunaga, a violinist, said she and many other Asian musicians have heard comments similar to Zukerman’s.

“We are often portrayed as emotionless or we just don’t have any feelings and we’re just technical machines,” she said in an interview. “And that’s very offensive, because we’re as human as anyone else on the planet.”