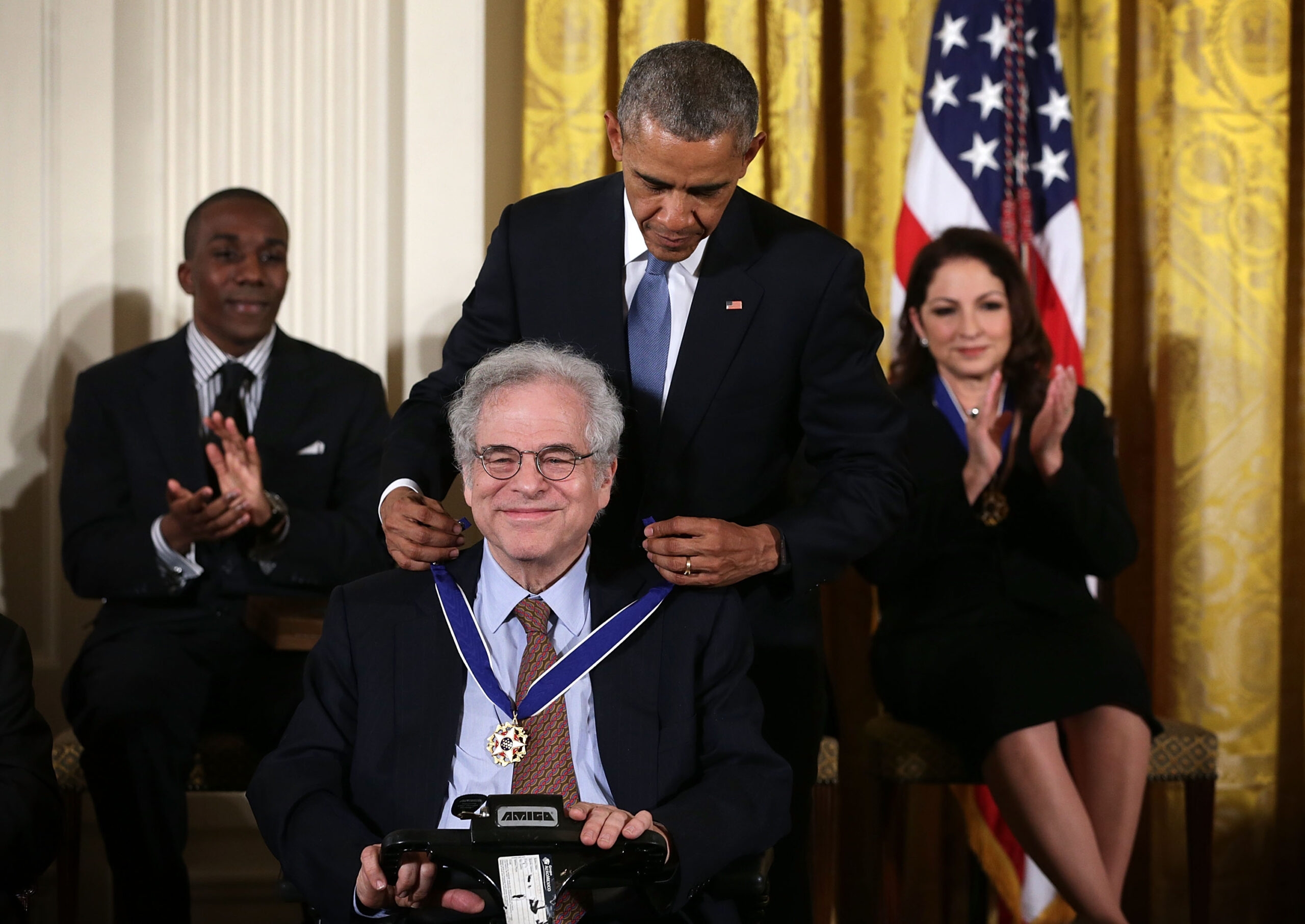 When Israeli-American violinist Itzhak Perlman made his Carnegie Hall debut in 1963, he performed seated – a consequence of polio that made him unable to walk without braces or crutches since he was 4 years old.

“I got a standing ovation, but the New York Times reviewer didn’t know if it was the way I was playing or the fact that I was sitting playing,” Perlman recalls, today 75 years old. â€œThis thing followed me for two or three years. Then people got used to me and they stopped talking about it.

The acclaimed musician and conductor – winner of 16 Grammy Awards, four Emmy Awards and the Presidential Medal of Freedom – spoke about his experience during a recent online panel held as part of the Month of the defense of Jewish disabled people.

Perlman was joined by a young New Jersey synagogue pianist with autism, a Chicago elementary school teacher with multiple sclerosis, a blind rabbi, and three influential members of Congress, among others.

The event was hosted by the Jewish Federations of North America to kick off 50 online events planned this month to highlight disability awareness and advocacy ranging from “Israel’s Disability Trailblazers” to â€œMaking the world more accessible during COVID. “

â€œOne in four adults in this country has a disability. This means that inclusive communities are not just something that it would be nice to have, they are essential for securing the future of our Jewish community, â€said Mark Wilf, Chairman of the Board of Directors of Jewish Federations, during the event on February 3. . â€œGiven our small number as a people, we need to make sure that we explore all avenues available to engage as many Jews as possible. “

One of those Jews is Rabbi Lauren Tuchman, 35, who was ordained in 2018 by the conservative movement’s Jewish Theological Seminary as the world’s first blind female rabbi. A resident of the Washington, DC area, she speaks often about the inclusion of people with disabilities.

She started reading at the age of 2, used a braille embosser in rabbinical school, and today uses a variety of software applications to help her read and study.

â€œWhile we still live in a world with many barriers,â€ said Tuchman, â€œwith a lot of discrimination and challenges – especially in this past year of unprecedented challenge – ours is a tradition that commands us to always make sure that we include everyone, and that we do all we can to break down the barriers that prevent us from creating a society in which we can all prosper.

Shayla Rosen, 35, is a first-grade teacher at Oriole Park School in Chicago and a cabinet member of the Greater Chicago Jewish Federation. In 2009, doctors diagnosed her with multiple sclerosis, a debilitating disease that is not always obvious to strangers.

â€œI always said I had an invisible disease,â€ she said at the event. “There are times when things are difficult, and I’ve learned to hide it well.”

Perlman explained how it is often the disabled person who is treated as invisible.

â€œI was going to the airport in a wheelchair. Right now I’m on a scooter because I don’t walk like I used to, â€Perlman said. â€œBut people are still looking at you sitting in a chair, and for some reason they stop talking to you, and instead they talk to the person with you. For example, at the airport, the person behind the counter would ask, â€œWhere is he going? It’s always like that.

Last year marked the 30th anniversary of the Americans With Disabilities Act, or ADA, a civil rights law that prohibits discrimination against people with disabilities in all areas of public life, including employment, transport and all places open to the general public.

Rep. Steny Hoyer, D-Md., The House Majority Leader who sponsored the passage of the ADA in 1990, described the landmark legislation at last week’s event as “a great instrument de tikkun olam, “fixing the world because it changed the way Americans viewed their neighbors whose physical abilities differed from theirs.

Thanks to the ADA, Hoyer said, crosswalks with sound guides and ramps are now taken for granted. New buildings must be equipped with elevators. Wheelchair accessible ramps are standard in public buildings.

But full equality remains elusive. With a disability-friendly administration now in the White House, Hoyer said, â€œThe time has come for the disability advocacy community to continue the fight for inclusion, access and equality.

Representative Jamie Raskin, D-Md., Whose 25-year-old son Tommy committed suicide on Dec. 31 after a long battle with depression, said the issue of disabilities was particularly close to his heart.

“There are tens of millions of people with different types of disabilities – whether physical or mental – and we want a society that is inclusive, and that promotes success and better health for everyone,” said Raskin. , thanking the Jewish Federations for its advocacy efforts on Capitol Hill throughout the coronavirus pandemic.

â€œYour work is more critical than ever,â€ he said. â€œThere is going to be lobbying around telehealth and ensuring that this is part of the solution. See me as a close partner.

A fellow Jewish MP, Rep. Kim Schrier, D-Wash., Said she quit her pediatrician job to go into politics in 2017 “because I wanted everyone to be able to afford health care.” .

Among other things, Schrier said she was pushing for the next stimulus package currently being debated in Congress to include greater insurance coverage for telemedicine, as well as increased funding for nutritional programs that benefit Americans. low income.

â€œA lot of my patients have disabilities of one kind or another. But the reason I’m here is to go to bat for people who need a helping hand – whether it’s a mom with two kids trying to get by with just one job or a kid who needs a helping hand. special education, â€Schrier told Darcy Hirsh of the Jewish Federations. director of government affairs.

â€œThis is a time of truly unprecedented need in our country. Supporting disability advocacy work makes sense to someone who is a mother, pediatrician, congressman, and frankly as a Jew who sees the humanity in everyone.