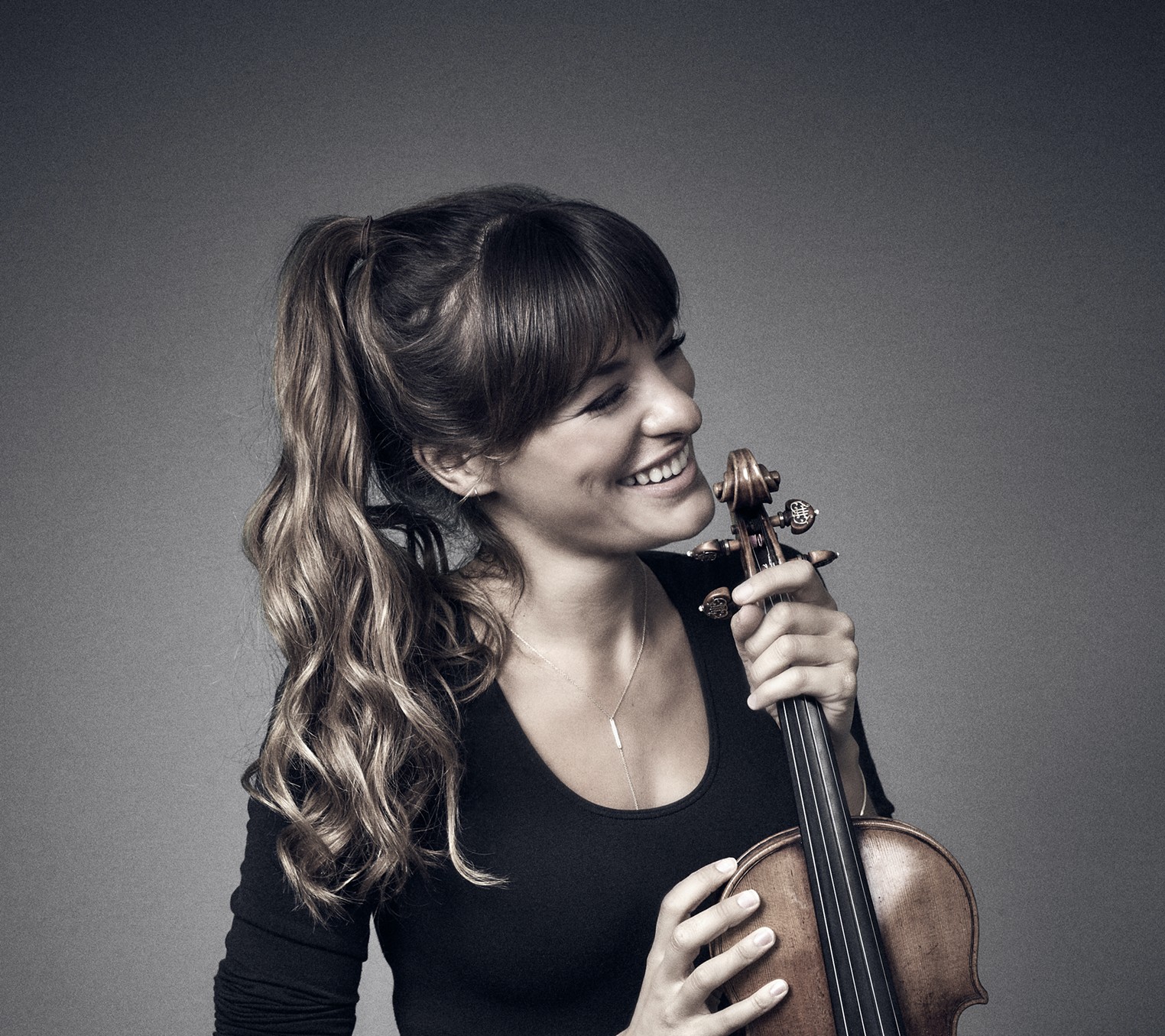 Whether you have a favorite seat in the symphony orchestra or are unsure of the difference between a violin and a viola, the sound of contemporary classical music can evoke feelings of discomfort. As listeners, our relationship with new music is complicated, as we recently discussed with Scottish composer Sir James MacMillan, whose “Violin Concerto No. 2″ will have its US premiere in Dallas later this month. Scottish violinist Nicola Benedetti will be the guest soloist.

“I don’t mean to hurl insults, but sometimes we know classical music audiences can be a bit set in their ways,” MacMillan says. “They tend to know what they like and like what they know, and sometimes there’s not a lot of room in their time to encounter the new and the unknown.”

When audiences see an unknown contemporary piece on the program, they probably think of some of the most experimental abstract music of the 20th century, such as that of Terry Riley. In Cwhich was written for an indefinite number of performers on unspecified instruments – in the words of the composer, “A group of about 35 is desired if possible, but smaller or larger groups will work” – who perform the one of 53 possible patterns for as long as they want. In C are known to last over an hour.

Or maybe we could think of the infamous John Cage 4’33”which is literally 4 minutes and 33 seconds of silence, intended to highlight the ambient sounds of the audience and the world around us rather than the music itself.

“I think it’s a shared responsibility to know why people aren’t so curious about listening to new music. It’s because some of them, people really, really, really don’t like “Benedetti says. “The extent to which more people are surrounded by a culture of attentive and patient listening to longer form music is a little more difficult to achieve these days, given the noise and the rhythm that surrounds us.”

On the other hand, it can be difficult to listen carefully or with an open mind when the music seems so inaccessible to the average listener. Landmark contemporary compositions like those of Cage and Riley were meant to break down barriers and challenge listeners’ perceptions of classical music.

“There are a lot of musical compositions that have become quite interior and ultra-abstract and specific and esoteric,” Benedetti added. “I don’t think it helped bridge the gap between what an ordinary person would want to hear and what musicians choose to write.”

“Classical music, in a sense, is museum culture,” MacMillan said. “It’s something that celebrates the past, and rightly so; all that great music from the past is here to be celebrated. However, it is still a living culture, with a vibrant present and, hopefully, a vibrant future. It’s keeping the sense of the continuum from past to present that I think should exercise us all.

Despite these feelings of unease, listeners could benefit from keeping an open mind about new classical music. You could say that discovering a new piece of classical music is no different from hearing your favorite rock band mix some new songs with your favorite nostalgic tunes during their set.

“Most people in the music business know and realize that, and they’re always looking for ways to bring new music to new audiences,” MacMillan says. “That seems to be the case in Dallas, which is wonderful.”

The Dallas Symphony Orchestra indeed has a long history of promoting new music, including the work of MacMillan. The DSO was co-curator of his “Second Violin Concerto” and has performed his music before to Dallas audiences, most recently his “Trombone Concerto” in 2018.

MacMillan says it takes building relationships with other musicians, orchestras like the DSO, and open-minded audiences for modern composers to be successful in getting their music performed. But the next performances in Dallas of his “Second Violin Concerto” will be particularly significant. The piece was written especially for Benedetti, and the two musicians, from the same region of Scotland, have forged a unique bond over the years.

“[Benedetti] is a big advocate for music, and it’s her personality that is very apparent in her playing, whatever music she’s playing,” says MacMillan. “She has a love of the new, and she has a great commitment to Scottish composers like me. It’s really nice in a way, like a circle has come full circle in the completion of this piece. Because we both come from Ayrshire, which is in the west of Scotland, we both had similar experiences growing up in that part of the world. We both love Ayrshire and Scotland, and being able to work on something like this together has been a delight.

Benedetti has a mutual respect for the composer.

“My admiration for James extends so much further and deeper than just my love for his music, which of course is enormous,” she says. “Alongside so many musicians around the world, but particularly in Scotland, who have such a visceral relationship to his music, but also what he has done as part of a community. For a musician of his caliber is truly dedicated to and impacting all aspects of integrating arts and culture into this community, he is absolutely the epitome and example of what a musician can impact and achieve in society at the highest level of artistic production.

Benedetti has previously performed the concerto in Scotland and has owned the score for some time. MacMillan worked on this piece primarily during shutdowns at the height of the COVID-19 pandemic.

“The piece has such a soulful, haunting undertone that has a kind of mysticism to it and a lot of hidden layers of texture and even melodic material that kind of start to reveal themselves in a different degree of breadth and depth towards the end of the piece,” says Benedetti. “It’s an unusual form, there are also a lot of conversational moments, some duets/solos, solos within the orchestra and solo violin, which is also very unusual in the concerto format.”

The concerto is written in a single fully composed form, meaning there are no distinct movements as one would expect in a traditional concerto.

“There are also a lot of conversational moments, some solos within the orchestra and solo violin, which is also very unusual in the concerto format,” adds Benedetti. “But, yes, we left the stage at the last performance [in Scotland]myself and Max [Emelyanychev] the bandleader and said, “We want to take it on tour and do it again.”

The DSO will perform MacMillan’s new work alongside Benedetti and with Music Director Fabio Luisi at the helm, November 17-19, at the Meyerson Symphony Center at 2301 Flora St. The concerto appears first on the program and will be followed by Anton Bruckner’s “Fourth Symphony”, one of the Romantic composer’s most popular works.

“Don’t hesitate at all, you’ll love it,” says Benedetti. “It’s such a beautiful and fantastic piece, and I can’t wait to come to Dallas to perform it.”