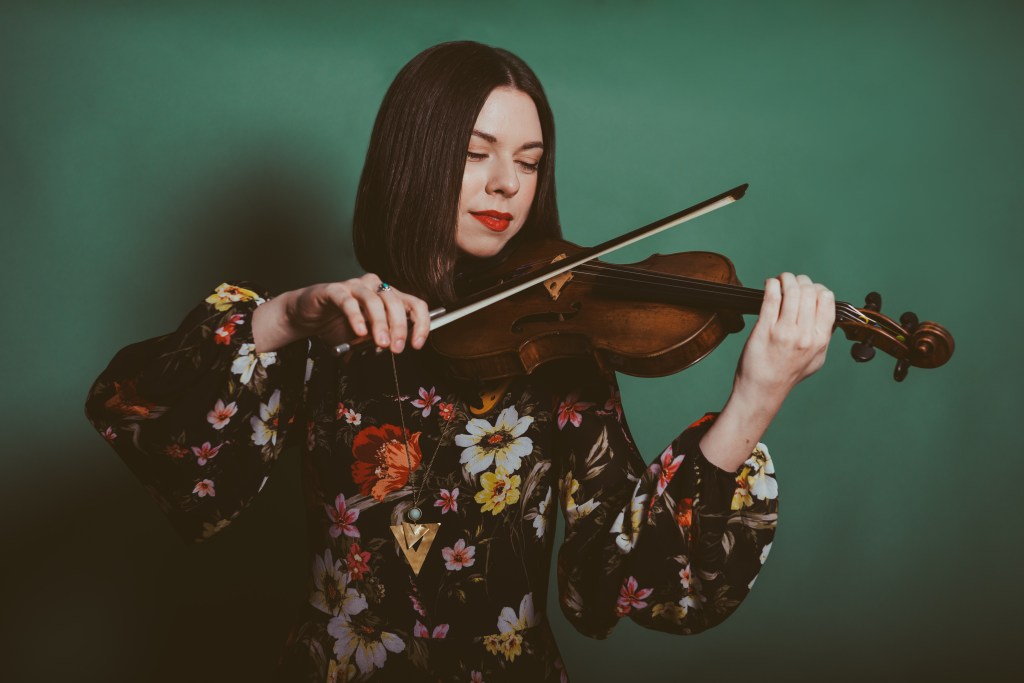 Violinist Tessa Lark refuses to stay in her musical lane

When Tessa Lark studied at the New England Conservatory, the violinist befriended Berklee College of Music. Now a frequent guest with some of the country’s leading classical orchestras, Lark spent much time in Boston exploring improvised American music with friends from a campus further afield.

“For a while the music was kind of a fun little party trick,” she told the Herald with a laugh.

Lark would often end a classical program with a roots tune. She noticed that the public liked it, but some considered it a novelty.

“But it’s not a party thing for me, it’s how I live my life in music,” she said ahead of her sold-out appearance at the Isabella Stewart Gardner Museum. “So over the past two years, I’ve been trying to find a way for all types of music in my lineup to have the same level of importance, not only to me but also to the audience.”

“I want to continue playing my Beethoven concertos, my Tchaikovsky concertos, my Franck sonatas, but also explore American music and its relevance to classical music today,” she added.

Lark is the rare musician who plays both “fiddle” and “fiddle” – sometimes switching from one to the other amid a fanfare of notes on the “Sky” concerto. You can get a glimpse of his range just by watching the Gardner program where Beethoven, Franck and Ravel mix with the jazz standard “Django”, the folk violin/classical violin hybrid of Michael Torke “Spoon Bread” and the premiere in Boston of his own work “Jig”. and Pop.

Lark lived in Boston for nearly a decade during her classical studies, but grew up in rural Kentucky. Her father is a bluegrass banjo player – a very good player according to Lark’s account – but her musical talent seemed to expand beyond folk at an astonishing rate: by the age of 3, she had learned about 40 or 50 piano songs.

“The sounds that were in my ear were all kinds of things and it’s thanks to my mom and dad,” Lark said. “Lots of classical music, lots of bluegrass.”

“They both have really good taste in music, and I say great because that’s what I grew up with,” she added with a laugh.

Many musicians with Lark’s innate talent are driven to focus on a codified career path. Teachers often tell students that they should choose a path – classical, jazz, roots music, whatever – and stick to it. Like banjo master Bella Fleck and polymath Rhiannon Giddens, Lark hasn’t found much use across genre boundaries.

“There was a healthy skepticism about merging different worlds into the classical world,” she said. “After the pandemic, there was a major shift in the programming of a lot of modern music. We are in an era that resembles what classical music once was, which interprets contemporary music. This will by nature include the sounds of our time. And that means folk music, bluegrass and jazz.

“Classical music is extremely sophisticated, and folk music has a fine tradition of accommodating anyone at any level, be it a player or a songwriter,” a- she added. “There was this battle between the so-called high art and the small art. There is now a welcome and a celebration of these two traditions.