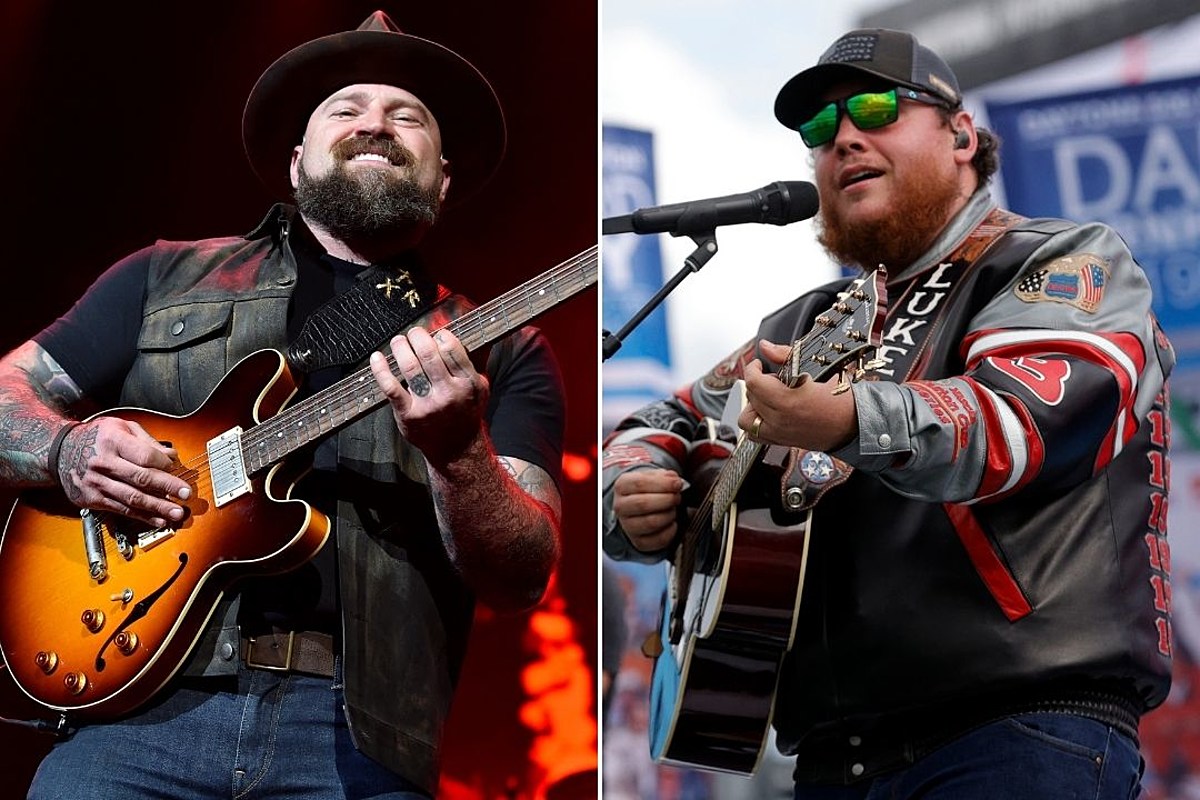 Zac Brown Band got help from another famous name on their two newly released songs. Luke Combs is one of the co-authors of “Out in the Middle” and “Old Love Song”, released Friday July 9th.

Ben Simonetti and Jonathan Singleton have joined Zac Brown and Combs to co-write the two new songs. “Out in the Middle” is, as Brown describes it, “a southern rock story about being country, being proud of what it is and being proud to live a simple life and work. hard”.

â€œHats off to the people who live in the middle of nowhere and they are happy to be there,â€ adds Brown. â€œPeople who live in cities often laugh at country people until they come out and experience it for themselves. Then they really get down to it. There is a reason why. which you stay there. “

A deep, stomping rhythm keeps “Out in the Middle” on track, while the chorus features an explosion of Zac Brown Band’s signature multi-part harmonies.

“Old Love Song”, meanwhile, has a retro, doo-wop-y groove. Its chorus covers “Let’s Stay Together” by Al Green, “Forever and Ever, Amen” by Randy Travis, “Stand By Me” by Ben E. King, “Free Fallin ‘” by Tom Petty, “When You Say Nothing at “by Keith Whitley. All “, and” Girl, Put Your Records On “by Corinne Bailey Rae. The lyrics include, among others,” Back at One “by Brian McKnight,” I Don’t Want to Miss a Thing “by Aerosmith and “Let’s Get It On” by Marvin Gaye.

â€œThese are all the songs you fell in love with,â€ says Brown. â€œIt was like a puzzle trying to put together all the song titles that we really love and make it a love song. I grew up listening to old songs – songs much older than me. And this song has that feel. “

TO Apple Music Country Country radio today host and singer-songwriter Kelleigh Bannen, Brown praised Combs as a co-author. “He’s got a great sensitivity for parts, and then singing, man, what a voice. He’s got an amazing voice,” Brown said of Combs.

â€œJust little inflections on how he would make the melody or how he would do things, that made a nice soup for all of our contributions together,â€ Brown continues. “Luke is a great writer, and of course he’s an amazing singer, and it was fun. I hope we can do more together.”

Zac Brown Band released another new song, “Same Boat” – also co-written by Brown with Simonetti and Singleton – in early June. At Bannen, Brown says the band have 15 new songs to start playing live, but they have yet to announce a new album. When it comes, this project will be their first since 2019 The owl.

Brown and company spend their summer on the road, on their Comeback Tour. The trek follows their unexpected 14-month hiatus caused by a pandemic and will take the group to places such as Boston’s Fenway Park (August 8) and Bridgestone Arena in Nashville (October 17).

Review: a composer creates her masterpiece with “innocence”

Sneakers, songs and baseball with Gabe Kapler of the Giants