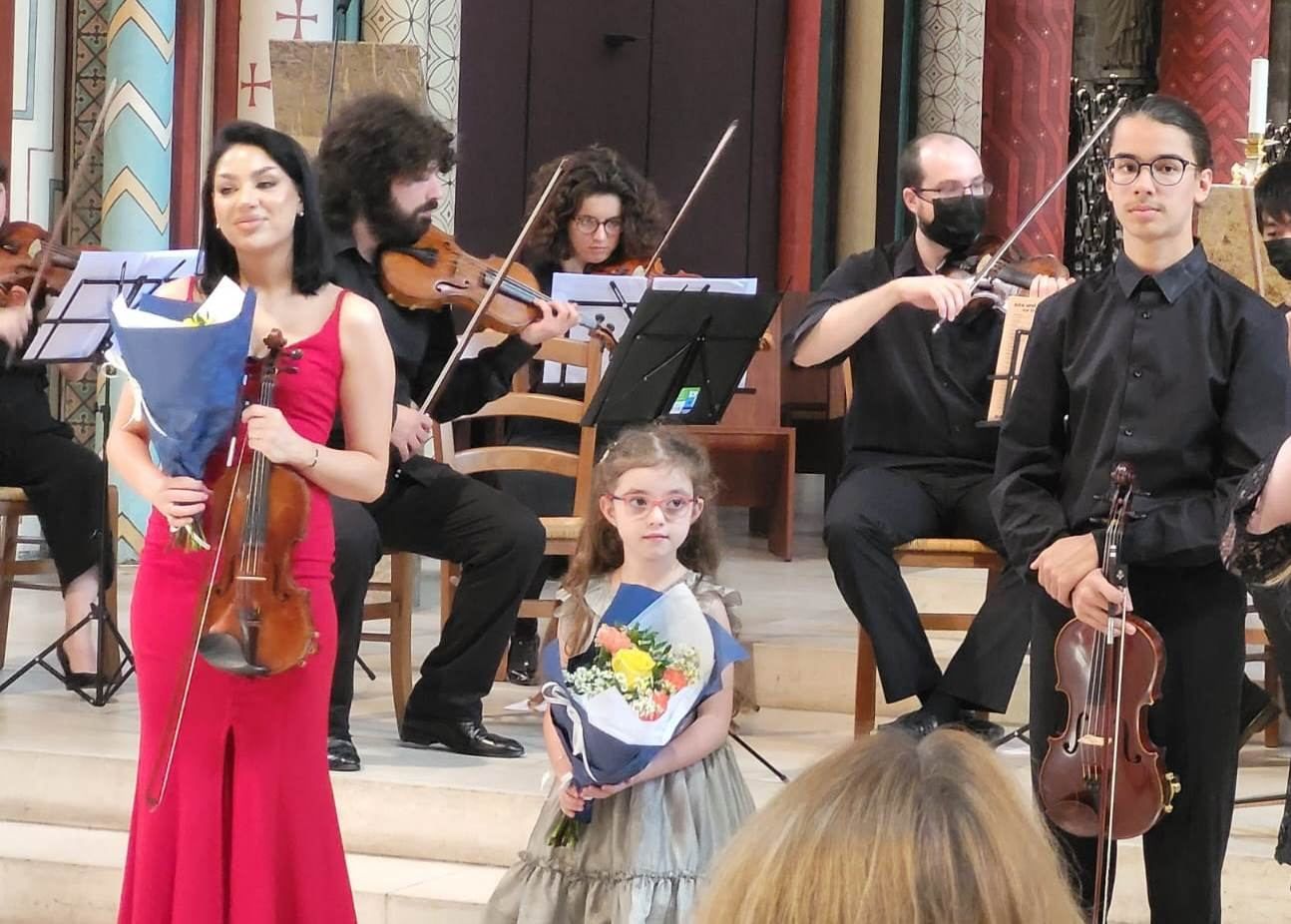 The main objective of the project is to identify and professionally support talented children and adolescents, as well as to widen the scope of creative cooperation between France and other countries.

The music competition is organized by the International Cultural Association ARTIMA. Candidates were judged by video recordings. The jury included professors from musical universities in France, Belgium and other countries.

The laureates’ gala concert took place in Saint-Germain-des-Prés, one of the oldest churches in France.

The concert program was also attended by the Nouvelles Etoiles laureates from France, Latvia and Poland, who were accompanied by the Orchester International d’UniArt Paris.

The audience gave the young musicians a storm of applause.