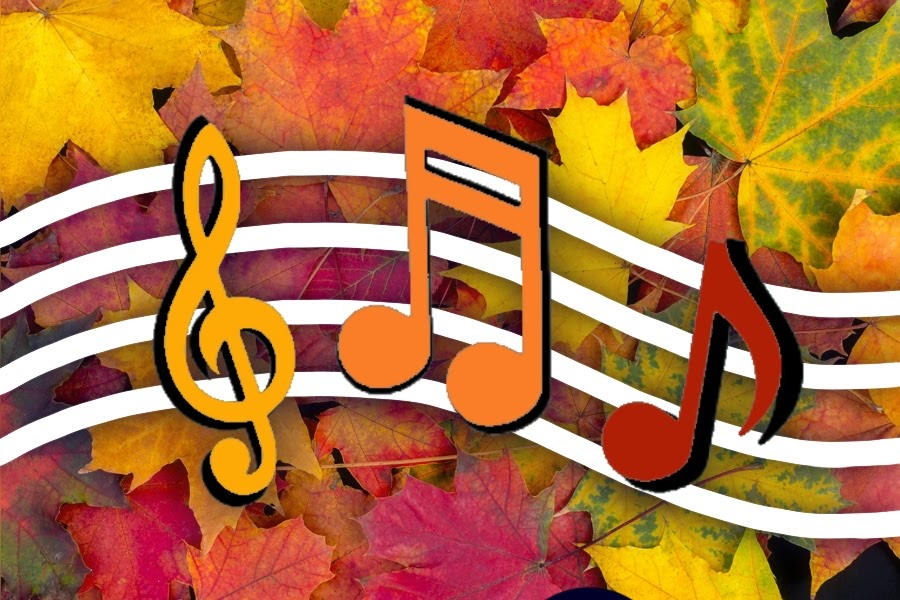 Do you have the impression that autumn has passed too quickly? Still need to get into the spirit of the season? Check out these 15 songs that are perfect for changing the leaves, rainy days, pumpkin lattes, and apple pies.

With soft banjo-guitar chords and a harmonica solo, Young returns to his folk roots in this homage to the fall lunar cycle. “Harvest Moon” gives the impression of driving in a street lined with maple trees with the windows down.

“Autumn Town Leaves” is dripping sweet with lyrics like “Some want love and some want gold / I just wanna see you in the morning.” Iron & Wine’s alternative indie flair hits the mark in this stripped-back yet affectionate song perfect for late-night listening.

Clairo’s celestial vocal harmonies shine through in this song from his latest album, “Sling”. Between funky electric guitar and cohesive reverb, “Amoeba” is a song anyone can groove on.

Only Etta James could make rainy days and gloomy moods so beautiful. The sentimental love song was originally written in 1933 by Harold Arlen and Ted Koehler, but James’ interpretation is self-contained given his emotional tone and contralto vocal timbre.

Looking for the perfect song to listen to in the kitchen this fall? Turn on the McAlpine Ballad for warm vibes and charming lyrics such as “â€¦ you feel like / City life, apple pie baked right / Home is wherever you are tonight.”

This 1968 classic from the psychedelic rock artist will help you achieve your lead character one guitar riff at a time by painting the image of crimson leaves to match the trees outside.

“Boyish” is the perfect soundtrack to glamorously cry on a night by candlelight. It feels like a flashback and is steeped in nostalgia, great for late night ruminations. “What do you want from me?” Michelle Zauner sings. “If you don’t like the way I look, then go.”

“Where are you leading” by Carole King

The theme song to the beloved Y2K comedy-drama “Girlmore Girls,” King’s serious ballad will have you wanting to wear a Lorelai-style knit or corduroy jacket. Relax with a pumpkin and spice latte and devour the series.

“Years of the Dog” by Maggie Rogers

The video for “Dog Years” sums up the mood of the song perfectly: a rainy walk among the autumn leaves. Rogers harmoniously blends folk and pop, adding chimes, rattlesnake tail shakes, and other unconventional sounds to make the song sonically complex.

Chapman’s famous song from 1988 uses a calming rhythmic acoustic guitar with a bouncing downbeat to evoke images of escape. Listening makes you want to take your love by the hand and disappear in a whirlwind of autumn leaves.

“Fancy Shoes” by The Walters

The third song from their â€œSongs for Dadsâ€ album, â€œFancy Shoesâ€ has a clean acoustic quality, similar to songs from the Lumineers album â€œCleopatraâ€. Perfect for any fall night out, this song feels like tossing in high heels and dancing barefoot in the kitchen.

Amid all the seasonal depressing on this playlist, â€œBoomerâ€ feels like the cathartic exit from a sunny day in the middle of fall. The indie rock anthem hints at the vocal styles of Alabama Shakes, with a high-pitched staccato and electric guitar for days.

The 1941 Jazz Ensemble was written by Henry Nemo and features a soft piano with Cole’s soft voice repeating the phrase “La-di-da, di-da-di-dum, ’tis Autumn”. A gentle tempo makes the song soothing and perfect for chilling out on fall mornings.

The sonic build-up of music in “White Winter Hymnal” will give you all the serotonin you need when the weather gets colder and winter is knocking on our doorstep. Its rhythmic electric bass and tambourine create the perfect seasonal spirit for late fall.

– The best and worst versions of celebrity holiday songs

– Balk: It’s the season of the 25 best holiday songs