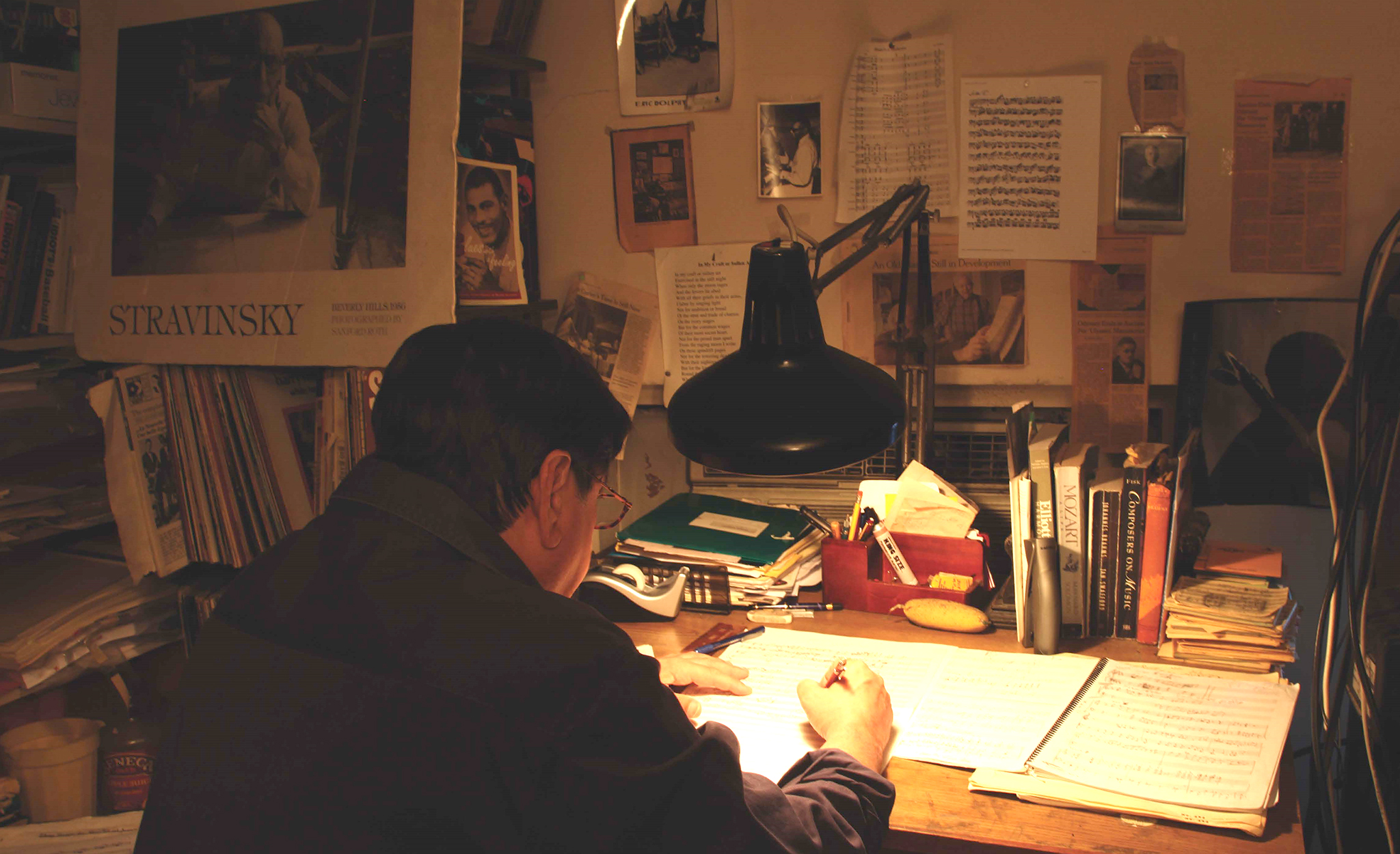 Larry Hoffman is working on a composition in his Baltimore home. Photo by Michael G. Stewart

OXFORD, Mississippi – Baltimore composer Larry Hoffman donated a dozen of his musical scores to the Archives des Bleus to University of Mississippi.

While Hoffman wrote many other works, the award-winning composer chose his classic compositions infused with blues and American folk for the acclaimed collection.

“It is with great pride that I donate these scores to the Blues Archive at the University of Mississippi,” said Hoffman. “It is both an honor, a justification and a great encouragement.”

Greg Johnson, professor and curator of the Blues Archive at the JD Williams Library, has known Hoffman’s work for several years.

â€œI first discovered Larry’s music on a late 1980s compilation album called ‘Prelude in Blue’,â€ Johnson said. â€œThe album caught my eye because it was a classical music LP in one of the Blues Archive collections. I don’t remember the other tracks on the record, but I was struck by Larry’s â€œBlues for Harp, Oboe and Violoncelloâ€, as it featured world-renowned harpist Yolanda Kondonassis and oboist John Mack. 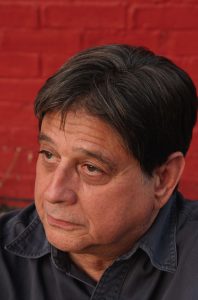 â€œYears later, Living Blues magazine asked me to review Larry’s album ‘Works of Larry Hoffman: Contemporary American Music’. Each of us having interests in the worlds of blues and classical music, we had a lot to say to each other! “

From a young age, Hoffman was very fond of American folk music, listening to – and later performing – music by the Weavers, Joan Baez, Bob Dylan and the Everly Brothers. It became a passion for the blues. As a professional folk singer, Hoffman has performed for “Mississippi” John Hurt and with Skip James and other bluesmen.

He also began his first formal study of music with John Coltrane jazz teacher Dennis Sandole. He then discovered a deep love for Brahms’ music, which led him to earn a master’s degree in music theory and composition at the Peabody Conservatory of Music.

Much of his style of composition mixes these seemingly disparate genres.

â€œMy initial mission to become a songwriter was to imbue contemporary classical language with the great power and dignity of the blues – if I could find a way,â€ Hoffman said. “Folk music has inspired many composers, including Bela Bartok, Leos Janacek – even as far back as Brahms, Mozart and Haydn.”

But the blues is rarely represented in American concert music, he noted.

â€œUnfortunately, there is often prejudice against this integration into the blues and classical worlds,â€ Hoffman noted. â€œAnd yet, when I attended concerts where my blues-inspired pieces were programmed among serious works by classical masters, audiences consistently showed great appreciation for this mixture of ideas. 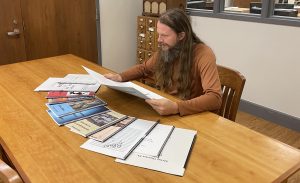 Greg Johnson, professor and curator of the Blues Archive, examines the score for “American Overture” by Larry Hoffman, one of many the composer donated to the JD Williams Library Archives. Photo by Lauren Rogers / UM Libraries

â€œWhile writing for typical classical ensemble setups like the string quartet or symphony orchestra, he mixes classical syntax with blues and folk phrasing and general aesthetics,â€ Johnson explained. â€œComposers have already explored the blues through a classical music lens, in works like ‘Three Pieces for Blues Band and Orchestra’ by William Russo (1968), but Larry is most successful in merging these genres without mere mimicry or stereotypes. blatant. “

In addition to his work as a songwriter, Larry Hoffman has written about the blues in publications such as Guitar Player, Living Blues, Blues Revue, and the Baltimore Sun.

He was the lead writer for the 2003 box set “Martin Scorsese Presents the Blues” (Sony / Universal), which won the Grammy Awards for “Best Cover Ratings of the Year” and “Best Historical Compilation. of the year “. He was also nominated for a Grammy for his writing in the box set “Mean Old World: The Blues from 1940-1994” (Smithsonian).

The scores Hoffman donated are valuable additions to the archive, Johnson said.

â€œWhen I introduce the blues to new audiences, I often talk about its influence on other styles of music,â€ he said. â€œI think Larry’s compositions provide an interesting connection point to speak to some music students who have for the most part been immersed in classical training. I think these compositions help demonstrate the reach of the blues outside the typical spheres of influence.

â€œI also hope that we can recruit professors and students in the Department of Music to program some of these pieces in future performances.

The subversive power of encore according to violinist Pekka Kuusisto | News