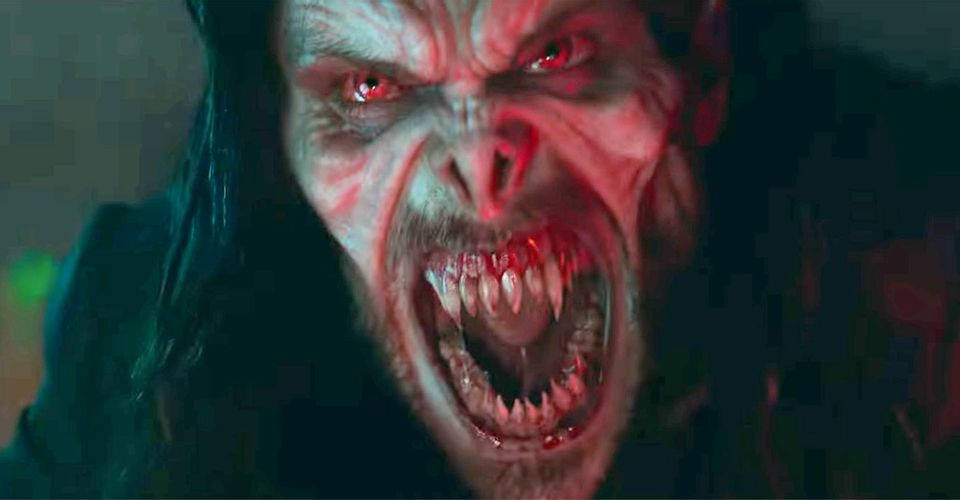 Ekstrand wanted parts of the score to sound like a swarm of bats.

For composer Jon Ekstrand, the decision to sink into the music of Morbius was easy. Not only are there elements of horror baked into the very DNA of the titular vampiric villain Spider-Man, but it’s also a style and palette that the Swedish composer finds himself particularly adept at. Armed with a veritable army of analog synths, modern music technology and vast experience, Ekstrand’s penchant for atmospheric and sinister has made him the perfect sonic mastermind to go wild on the latest undertaking. Marvel Cinematic.

Having already collaborated with Morbius director Daniel Espinosa on projects like Life, Child 44and Snabba Cash, the reunion of the couple was not a surprise. However, neither could have predicted the nearly 4-year mad dash that Morbius would take them. Though he had to navigate countless delays, release postponements, and super-long-distance creative relationships, Ekstrand ultimately delivered a score that swirls around the film like a deliciously dark velvet cloak. Injected with homages and allusions to horror classics and 90s electronic dance music, the music of Morbius is truly unlike anything Marvel has ever offered before.

To celebrate the film’s recent theatrical release (finally!), we invited Ekstrand back to the Bat Cave with us to discuss the music of Morbiushis love for horror and how his continued professional relationship with Espinosa ultimately benefits them both.

dread center: It’s no secret that this film had been in production for quite some time. When did you first get involved and what was your initial approach to the music for the film?

Jon Ekstrand: Daniel [Espinosa] and I have worked together on several of his films. I think he approached me (it’s been so many years now), maybe three, three and a half years ago? So he walked up to me and said he was gonna do this Morbius superhero movie. And, to be honest, I kind of forgot who Morbius was. I had to look for it. Then when I saw him in the Spider-man comics, of course I remembered him.

It’s a really cool opportunity to make a superhero movie and I thought it was especially cool with Morbius because he’s a dark character, an antihero. And, that kind of suits me and the type of music that I like to write. There aren’t many major chords in my music. It is mostly dark. Early on, we decided pretty quickly that we wanted to make a synth-heavy score that really drove.

We also wanted to choose elements of bat sounds to try and make the work sound like a swarm of bats at times. We wanted to try that stuff. So we created a lot of sounds that could sound like sonars and stuff like that. It was quite early. Also, one of the main things we had to appeal to – or at least I had – was the references to the kinds of movies I loved when I was a teenager. I grew up in the 80s and I love John Carpenter movies, so that was a huge influence on me. It’s been my whole life. I still love those movies. It was a great thing from the start that it was a tribute to these kinds of films.

DC: I’d like to talk a bit more about that. One thing that really surprised me about this score is how much it leans into those horror elements and musically embraces the horror genre.

I. : We decided quite early on to make Morbius a horror character. It was the first movie we worked on and I think that was the cool thing about doing it. We really tried to make the character scary as much as possible. He’s an anti-hero and he’s experimenting with bats and that might not be the most ethical thing to do. He already does these things and then he becomes a monster. So everything was pointing to that for me and Daniel. And also, we thought it would be really cool to do that because there haven’t really been any superhero movies that point in that direction with the score. This is really trying to go awful; at least that I have heard or seen. I think I’ve seen most of them now, but there are probably some movies I missed. There are many now. [Laughs]

CC : Vampires have quite a cinematic heritage and Morbius certainly falls into this category too. Did you find yourself referencing or calling on any of these movies for inspiration?

I: I mean, I’ve also loved vampire movies since I was a kid. I remember seeing Bram Stoker’s Dracula when I was in my late teens. For me it was fantastic. The costumes and everything. Plus, Wojciech Kilar’s score he did for that one is just amazing. It really has the classic tone of a horror score, I think. I’ve always been inspired by this score and I still listen to it because I think it’s a great score. So I think it has always been there, remaining in the background.

But then I also think it’s just the depiction of the monster resurrecting, you know? He is alive! I think that had a big influence on the score and keeping all of these films together. You know, Frankenstein’s monster, experimentation, Jekyll & Hyde, etc. He was always there a bit throughout the process and they will always be there in the background.

CC : You have used the term anti-hero several times to describe the character of Michael Morbius. It’s this character that’s neither completely good nor completely evil and we see him struggle with that while literally and figuratively transforming himself. How did you approach the composition of his character and reflect this delicate balance in his music?

I. : Oh, that’s a tough question. But, I think the initial idea was to be really earth-shattering around the character and how he’s presented throughout. We wanted to keep the John Carpenter kind of presentation of the main cue so that you’re really like “Here comes Morbius!” And there are several moments in the movie where we do that. I think that’s probably one of the biggest things that we really tried to capture and always make it a little scarier. And also to give it a build that highlights its potential.

DC: This score is really very synthesized, but maybe not in the way that people might expect. Rather than having a nostalgic, neon-infused vibe of the 80s, this has a bit more gritty 90s sound. What is your personal relationship to this era of electronic music and why did you choose to use this palette? particular tone?

I. : For me, it was in the 90s that I really started to appreciate music. I was also very into electronic music. So I’m really glad you said that because it’s, of course, meant to be a tribute to The Prodigy, The Chemical Brothers, Underworld, and stuff like that. I grew up listening to this music and really enjoyed it. That was one of the main things I really wanted to accomplish with this score. I didn’t want to do the 80s kind of sound because it gets a little softer and nicer. It’s a bit more… nostalgic and suburban. I would even say that it is a little comforting. But I think the 90s is more like “Let’s Go to Raves”. [Laughs] So that was a big inspiration. And also because I still listen to this music and I love it.

DC: Historically, electronic music has often been used in film music to represent the future, the other, or something supernatural or otherworldly while orchestral music tends to connect with humanity. While these ideas have certainly evolved, these ideas still work very well in some cases – like Morbius. Was it an idea you were consciously thinking about while composing?

I. : It’s a concept we’re thinking about. Especially here because he mixes his blood. It’s a very close connection that makes you think like that. And then, of course, we started thinking about blood and blood flow pulses and using some of our arpeggiators to almost describe the DNA changes that you see on screen. It also becomes like laboratory sounds and so on. And also, without spoiling, the bat circles around Michael Morbius are this whirlwind of things to build on that. So definitely. We use this element almost as a trick to subconsciously convey the two worlds trying to take over.

CC : You have worked with Daniel many times before. Since this was the first Marvel adventure for both of you, I have to imagine it was nice to have that pre-established dynamic to build on. What was it like working with him on this project and do you think that was an asset?

I. : Yeah I think so. We did this during the pandemic and of course we couldn’t travel. So Daniel was in Los Angeles and I was here in my studio in Stockholm. Everything logistically was so much more difficult. So it was really nice to have Daniel who is a director that I can trust and then he could trust me and so on. I think it was good in many ways. It’s always nice to work with someone you’ve done a lot of movies with because there’s a certain security in that. You feel like you have a backup and you can also present them with some really shitty music and they won’t go, “What the hell is that?!” You’re fired!” Because they know you can just rewrite it. That’s a much better thing and you can have a more open dialogue. And I can also help out and have good discussions without feeling like to have to step on someone’s toes. We know each other so well.

CC : Are you really interested in composing a complete, well-rounded horror movie? I feel like your sound is perfect for that.

I. : That’s the thing! This is going to sound a bit like selling myself, but I think that’s what I was actually supposed to compose. And I never, ever had the chance. When I did Life, it was a bit of sci-fi horror, and then that too, but I would love to do horror movies. Definitively. So anyone reading this who makes a great horror movie, please contact me. And if A24 wants to do something, they can call me. [Laughs]

Morbius is currently playing in theaters around the world.