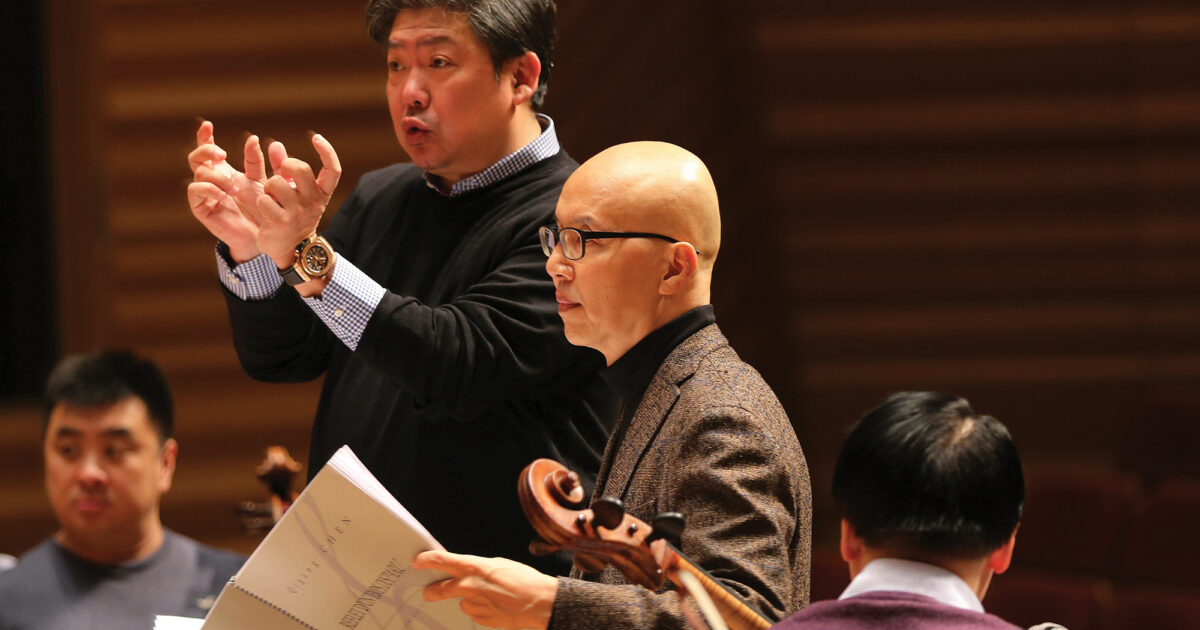 With Reflection of a time goneChen masters the delicate balance of being true to his home country, his new home, and his own voice.

Two years before Qigang Chen’s Central Conservatory classmates Tan Dun, Chen Yi and Zhou Long moved to the United States, Chen was the first of his illustrious composition class to leave China, in 1984, after receiving a state scholarship to study in France. Already fallen under the spell of Debussy and Ravel, he met Olivier Messiaen and became his last pupil.

The relationship would forever change the path of the young composer. “In China, you learn to be sociable, submissive to everyone. If necessary, you must be completely available to society,” says Chen, who put this philosophy into practice as the musical director of the opening ceremony of the 2008 Olympics in Beijing. “Messiaen was the first person to tell me that you have to be true to yourself.”

For Chen, however, it also meant being true to both his native country and his adopted country, which makes performing his music something of an act of cultural juggling. The audience of the New York Philharmonic Orchestra will meet its Reflection of a time gone for cello and orchestra, April 7-9, through a fitting bicultural collaboration with two of Chen’s longtime champions: French cellist Gautier Capuçon and Chinese conductor and impresario Long Yu.

“I’m always happy to introduce one of China’s most distinguished composers to the international stage,” says Yu. But more importantly, Yu also introduced Chen’s music to China when, as the founding artistic director of the Beijing Music Festival, he presented Chen’s first all-Chinese program in 2002. Less than a year after meeting Chen backstage that night, Yu was conducting his works. touring Europe with the Guangzhou Symphony Orchestra; he then conducted Chen’s work with orchestras in Germany, England and even France.

Capuçon, for his part, discovered Reflection and his somewhat Proustian contemplation on the traditional tune Three Variations on Plum Blossom ten years later. “I loved this piece from the start — its atmosphere, its ancient melody,” says the cellist. “I also really like the man himself and his way of being peaceful. Every time I work with Qigang, he sings the melody, and I can actually hear the tradition he feels in this song from his youth. The piece is so poetic, so beautifully written, and what the music says around these melodies, about the Chinese culture that came to France, is ultimately Qigang’s personal story.

“The original melody comes from the depths of Chinese tradition,” Yu confirms. “The melody is 1,000 years old, but Qigang’s composition is written in a contemporary international language that draws listeners into this world. It is no longer Chinese, nor even French. This is Qigang’s music, like Das Lied von der Erde [a setting of German translations of Tang Dynasty poetry] is no longer Chinese or Germanic. It’s simply Mahler.

Ken Smith, winner of the ASCAP/Deems Taylor Award and the 2020 SOPA Award for Arts and Culture Reporting, has covered music and culture on six continents for a wide range of print, broadcast and internet media.