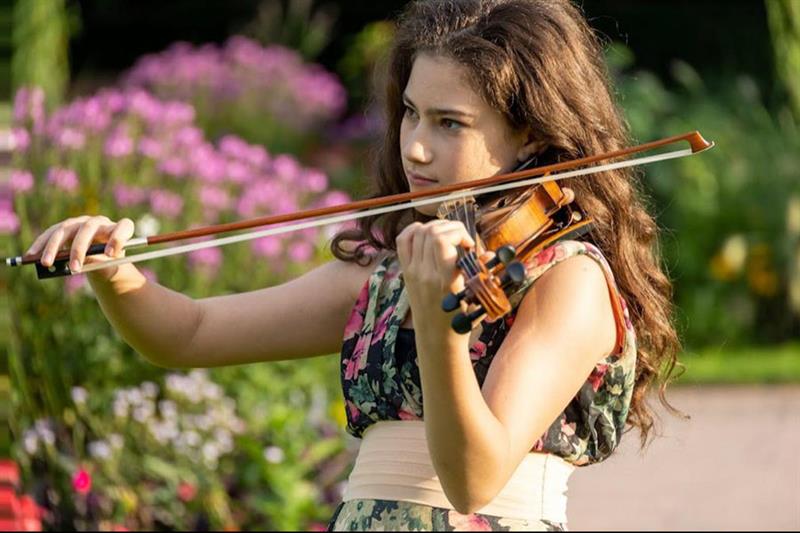 Abuzahra will compete with two other finalists: violinists Franz Ludwig Seraffin Kraggerud (8) from Norway and Sofia Demitriades (13) representing Great Britain and Russia. Born to a Hungarian mother Nóra Emödy and an Egyptian father Ahmed Abuzahra, both musicians, Abuzahra represents Germany and Austria in the competition.

After going through two demanding stages of the famous Russian competition, which focuses on young classical music talent, the contestants will face the jury and millions of viewers on December 4.

Abuzahra has already achieved many recognitions and performed on many stages across Europe. Her older sister Amira is an equally renowned young talent with impressive accolades for her violin performances. More recently, Amira has performed with a Budapest orchestra conducted by world-renowned tenor Plácido Domingo.

Granddaughters of the famous Egyptian actor Abdelrahman Abuzahra, the sisters are among the rare young talents to benefit from the support of Domingo’s Young Virtuosos Foundation, where they obtain masterclasses and advice in their musical journey.

Dubbed the Nutcracker, the International Television Competition for Young Musicians has been held since 2000 and focuses on performances on piano, strings (violin, cello, harp) and winds and percussion (except for block flute).

The Nutcracker winner represents Russia at the Eurovision Song Contest for Young Musicians.