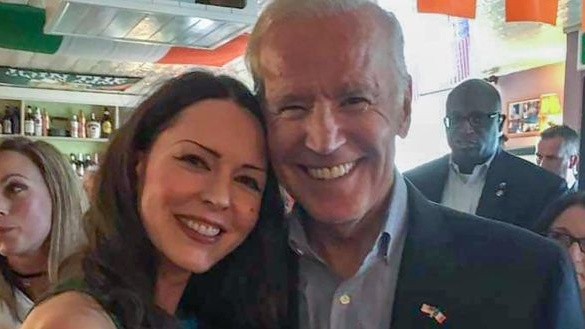 This follows concerns that there would be no live music on Mr. Biden’s inauguration day due to the riots on Capitol Hill in Washington earlier this month.

The invitation for her to play came directly from the Biden family last year, and Treacy trained in Chicago this weekend for what she described as “a once in a lifetime opportunity.”

She will play a 315-year-old Stradivarius violin from Bein & Company in Chicago, estimated to be worth $ 4 million (3.3 million euros).

Treacy will perform The Proclamation, composed by Patrick Cassidy and Ag CrÃ­ost an SÃ­ol.

â€œI will also be joining soprano RenÃ©e Fleming for On Eagle’s Wings, Schubert’s Ave Maria and the Celtic Alleluia,â€ she said. “I was told it would be the only live music event of the day.”

Treacy, from Blackrock, Co. Louth, has performed for Mr Biden on several occasions, most notably when he visited his ancestral home in Co Louth in 2016.

The violinist has also been invited to perform at some of the Biden gatherings in Chicago and other cities.

When asked to perform at the opening, she said, â€œI feel both honored and privileged and obviously super excited.

â€œIt is a unique opportunity to be able to perform for the inaugural mass of the President-elect and his incredible family to whom I have become very close. I am extremely honored to be a part of this momentous historic occasion. “

Meanwhile, the US flag will fly alongside the tricolor at buildings in Dundalk County, County Louth on Wednesday.

The American flag flies at the request of Louth Councilor Emma Coffey.

Cllr Coffey, said that ‘even with the level 5 restrictions of Covid-19, Louth County Council agrees with myself that it was important to mark the occasion given the close connection that Joe Biden maintains with the county â€.

â€œHis ancestors hail from the Cooley Peninsula and he was awarded the Freeman of Louth in 2016 when he visited the county as vice president.

“I think there is already talk of post-Covid restrictions, President Biden is hoping to visit Ireland and I hope Louth and the Cooley Peninsula is one of the places he visits on this trip.”