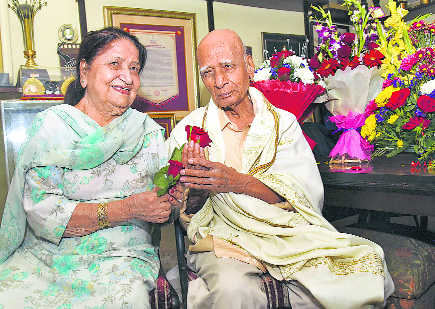 Jagjit Kaur, veteran singer and wife of the late music composer Khayyam, died on Sunday from an age-related illness. She was 93 years old.

According to Pritam Sharma, spokesperson for the Khayyam Jagjit Kaur KPG Charitable Trust, the singer breathed her last around 6 a.m. at her residence in Juhu.

Kaur started her career in the early 1950s, singing songs in films like “Posti” (Punjabi language) and “Dil-e-Nadan”, starring Talat Mehmood and Shyama. She married Khayyam in 1954.

She also sang a song in the memorable soundtrack composed by Khayyam, “Umrao Jaan” in 1981.

In 2016, Kaur, along with her composer-husband, established the Khayyam Jagjit Kaur KPG Charitable Trust to support aspiring artists and technicians in India.