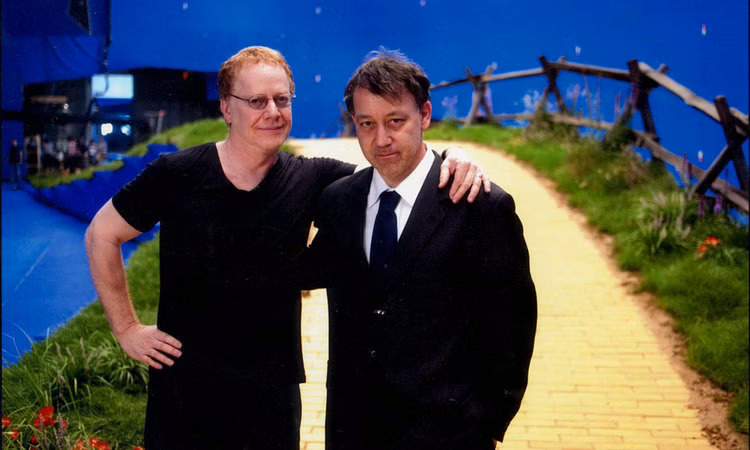 One of the most exciting scenes from the recent Marvel movie, Doctor Strange in the Multiverse of Madness, for me, it’s the duel between the two parallel universe Doctor Stranges. The compelling background music feels appropriate for Chinese wuxia drama, but captures the existential vibe of this duel. The composer, Danny Elfman, in this conversation, sheds light on the conception of this scene among others, why he loved composing for Wanda’s Scarlet Witch, and his relationship with longtime collaborator, director Sam Raimi.

Could you detail the composition of the memorable duel scene?

It was at the very last second because the first version – I was composing it – also combined different types of themes from different composers, from light to heavy. Then at the very last moment, I had a call with Sam Raimi and Kevin Feige (president of the MCU), and the latter said he wanted it to be a battle between Bach and Beethoven. I wrote it very quickly and put it into the movie in time for its release. It was like Doctor Strange Beethoven’s Fifth Symphony and Doctor Strange Bach’s devilish toccata and fugue. It was so much fun.

What was your experience working on the end credits themes, and alluding to the horror genre through Wanda?

The main titles – whether at the beginning or at the end – are the most fun I have in a film. This is where I really like to explore and let go. There’s no dialogue, no sound effects, and it’s just a total playground for me. I live for these moments.

Wanda’s theme was really very special to me because it’s the first time I have a villain that I also really adore. She breaks my heart. You know this is a unique situation. Normally a villain is like Darth Vader and his weight, and their theme is about threat, threat, threat. But here, the antagonist Wanda is also heartbreaking. It was a unique chance to create a theme that could be both heartbreaking and gentle, or powerful and menacing. I loved his character. I mean, every time there’s been a superhero villain whose goal isn’t to destroy the world, but to get its children back? It’s so unique; I have never seen anything like it.

What’s it like to include memorable themes from other composers in your score?

It’s funny! It’s ironic that at the same time I found a moment for the original Michael Giacchino strange doctor theme in the new one, and he had moments on Spider-Man where he used my original Spider-Man theme in his movie. We were doing this almost simultaneously. So it was kind of a weird world. But I like to do that, engage in variations. There’s also a little nod to WandaVision since Marvel loves these little Easter eggs. There’s a third musical tribute, which I won’t say, because we’re still hoping fans find that moment.

How do you distinguish the music from a superhero movie?

It’s different because it gets crazy sometimes. I marked Batman back when there were no rules because there was no idea what it should be. The only superhero role model we had then was Superman. We decided we didn’t want it to sound like the mold of John Williams, even though we like it and it looks good. So it was all experimentation and invention. The moment I did Spiderman, Hulkand Justice League, there was more context for superhero movies. Now as we return to the loop strange doctorwe thought we would go a little crazy again because this movie encourages a little more thinking outside the box.

What’s it like collaborating with Sam Raimi again, and this time on his first MCU project?

Working with Sam is like a special pleasure. He’s a nice guy, and he’s funny. Our encounters together tend to be funny. He turns working together into a fun time and it always has been that way. I feel comfortable with him. We go back so far, and in fact, I met my wife on the set of one of her films that I composed, The Simple Plan. So we are connected in many ways.

My wife and I consider our son to be the child of the Evil Dead franchise in a way (laughs). We are both fans of his and we finally met on the sets of one of his films. Now we have our 17-year-old Oliver from that happy coincidence.

Meanwhile, Sam Raimi, the director of Doctor Strange in the Multiverse of Madness, is not at all surprised that the Marvel Cinematic Universe has evolved as it has since its original SpiderMan trilogy. “Stan Lee had created a great pantheon of characters and stories that were all interconnected and beautiful to see. The comics were really cool and exciting. That’s why I tried to sell Thor at that time, but studios didn’t get it. I tried again with The Batman and The Shadow. Hollywood’s history with superheroes was checkered at best,” he says. “I always saw the potential, although I failed to achieve it successfully at the start of my career.”

The filmmaker believes he learned from his mistakes, speaking primarily of Spider-Man 3 (2007), which received negative reviews and brought the franchise to a premature end. “My learning is that audiences connect with the humanity and vulnerability of superheroes. Those attributes need to be present in every moment of the film.

(With contributions by Sudhir Srinivasan)

Vangelis dies aged 79: Blade Runner and Chariots Of Fire composer was one of electronic music’s most important figures