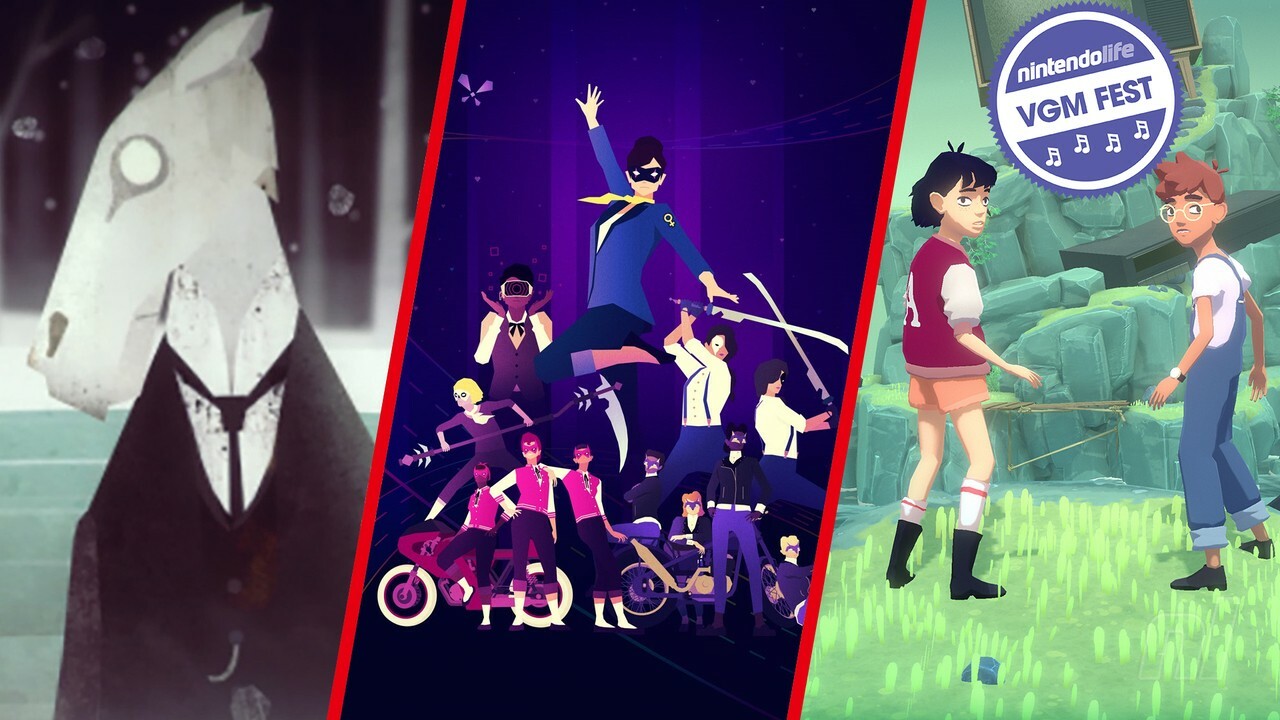 It seems that video game music continues to grow and reach new heights every year. Incredible soundtracks are no longer limited to big-budget titles and the work of long-established names, as the indie space and growth in tools and knowledge has introduced a new generation of songwriters. One example is Daniel Olsén, who was part of a talented team that made waves with Simogo’s 2019 ‘Pop Album Video Game’, Sayonara Wild Hearts.

In some ways, this game and its creation process was rather unique. Olsén’s journey to this project is also interesting, as his career in the video game industry began as an artist and animator; the transition to music, turning a hobby into a profession, took place over several years. He worked on Year Walk, a fascinating game some may remember from the Wii U, and Olsén also delivered some fantastic audio design more recently in The Gardens Between.

We spoke with him about his career to date and the unique experiences he had working on the Sayonara Wild Hearts soundtrack.

Nintendo Life: First of all, can you tell us a bit about your early days in game development, and your initial transition into audio design and music?

Daniel Olsen: Actually, I started as a 2D/3D artist and animator, and did that for a few years in different companies. Music was just something I did at home – I was in a band at the time too.

Eventually the company I was working at needed some music and I just asked if I could do it. From there, I gradually moved more and more towards just making music.

Among your first game projects in the field of audio design, was there a game that you felt was a major step forward for your career and skills?

Because we are Swedish, the Swedish culture, stories and feeling of melancholy are ingrained in us.

One in particular would be Ilomilo by Southend Interactive. It was my first time working on just audio in a game, so I had a lot more time to work on it instead of it just being a side project. It was definitely a growth experience for me.

How did you get involved in Year Walk, your first project with Simogo, and what were the most important parts of this experience?

At the time, I was working at a tech company and I missed working in games. One day my former colleague from Southend Interactive, Simon Flesser, contacted me and asked if I wanted to write music for a new Simogo title. So, thanks to Year Walk, I started working in game music again and that also started my collaboration with Simogo.

Is there an added sense of responsibility when a game like Year Walk focuses on traditional folk tales, with the cultural relevance that brings?

Because we are Swedish, the Swedish culture, stories and feeling of melancholy are ingrained in us. I remember thinking back to the melodies I heard when I grew up in the countryside. So you just know when you feel good. In the end, we didn’t have to strive to maintain the “folkness”. Instead, we could focus on telling a story and perhaps “stretch” what might be accepted as traditional.

A number of our readers may also have heard your work in The Gardens Between; can you talk a bit about the highlights of this project, from your point of view?

I really enjoyed working on this game, and with this team. It was a new experience to step into a project at such an advanced stage – the music was already there and work on the sound effects had begun. It’s hard to be confident when you’re picking up where someone left off, so in the beginning I was more cautious than I otherwise would have been. Then the team told me that The Gardens Between was inspired by Year Walk, and they were happy to have me there, which gave me more confidence to work like I usually do.

It was a very satisfying project to work on, development-wise. Due to the linear stage design, the sound effects were also designed in a linear fashion – similar to Sayonara Wild Hearts in some ways. Instead of things happening randomly, everything has been planned so that most sounds can be designed for a specific time. Audio-wise, it was more in the style of a movie or cutscene than a game.

Some of your most recent work has been with Simogo, again, in the audio design and soundtrack for Sayonara Wild Hearts; can you tell us a bit about the collaborative process of producing a “pop album video game”, and how these processes perhaps differed from your previous work?

It was definitely more of a challenge since the music was a major focus of the game, taking center stage. Because of that, there was this feeling of having to make the music more accessible and not too abstract.

As for the process, I had never worked in a collaboration like this before: first receiving a song, with guitar and vocals, from Jonathan Eng, then turning it into an electronic piece with Linnea Olsson taking over the voice. It was completely new to me, but overall the songs felt “bigger” than anything I would do on my own. I think everyone on the team has grown tremendously during this project.

In terms of process, I had never worked in a collaboration like this before…I think everyone in the team grew tremendously during this project.

We find it interesting that when you first play Stages, they’re in conventional segmented levels, with the ability to play the experience as an unlockable ‘album’. Was it tempting to have the “Album” playthrough available from the start? Does the album’s approach change the feel of a playthrough, in your opinion?

It was definitely a tough decision; Until the end of the project, we went back and forth on whether we should start with album mode only and unlock singles or vice versa. Personally, the album mode gives me more of a nostalgic feeling. When I was young, I would always lay down with headphones on, look at the artwork or close my eyes, and listen to a whole album when I just bought it. This feeling of living all at once is special – artists usually take the time to choose the right order of songs so that you get a sense of the story, flow and progression. In the end, however, it seemed fair to start with the simple ones, as it would ease the player into the game instead of having an hour-long challenge right away.

The Sayonara Wild Hearts soundtrack, combined of course with the game itself, got a lot of attention. What was the biggest opportunity or highlight for you working on the game?

My favorite thing was to go out and play music; I did two DJ sets that I really enjoyed. But the highlight was the launch party in Malmö. Linnea and I did a set together while Simon played the game on the projector behind us. It was just extremely good and memorable.

As you focus on your next projects, what are your big creative goals as your career progresses?

The most important thing is that I want to enjoy the projects I work on. It may seem obvious, but if it’s not fun or doesn’t stimulate my creative side, I might as well work on something else. Second, I want to continue to grow as a composer. There is so much to learn and there are so many areas that I still feel like a complete beginner.

As the role and importance of music and audio design in games continues to grow, what do you hope to see in this area in the next few years?

Game composers are in many cases undervalued in the industry, in my opinion. I know many successful songwriters who don’t get the pay they deserve and struggle to make a living. I also hope we can see more studios bringing in composers to work on the games early on and be part of the whole project.

We would like to thank Daniel Olsén for his time. Be sure to check out the other Nintendo Life VGM Fest stories in our season of music-focused interviews and features.