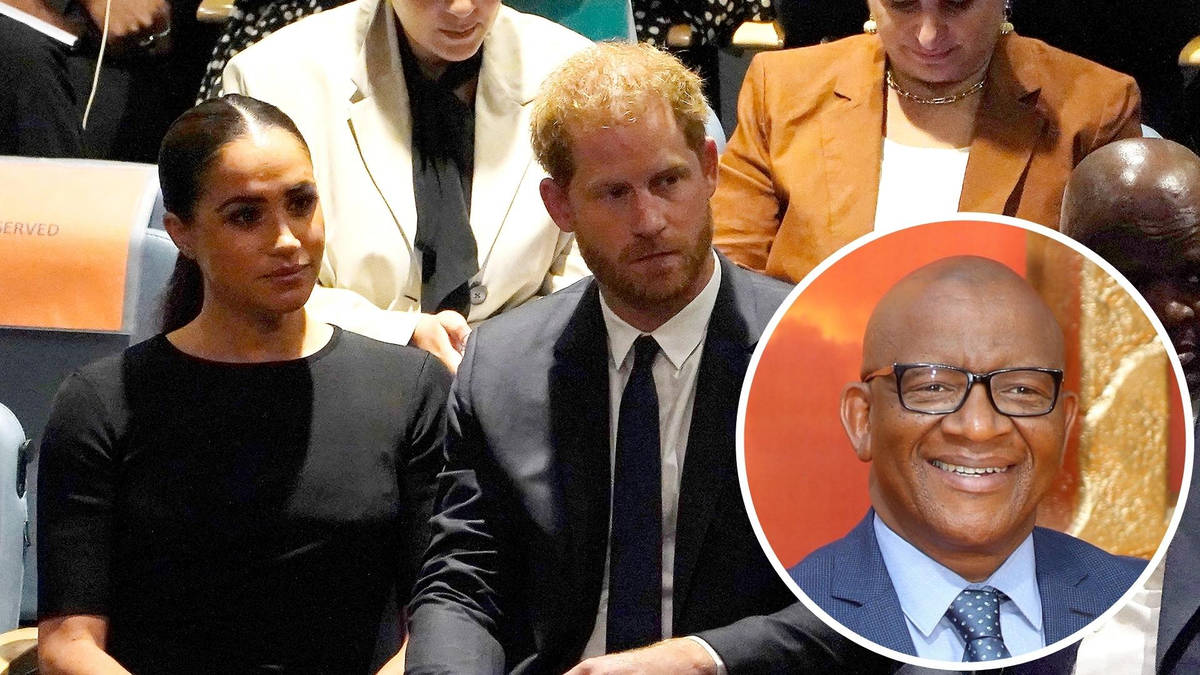 The South African Lion King composer said he ‘didn’t recall’ discussing with Meghan Markle about comparing her marriage to Nelson Mandela’s release from prison, after the only South African actor in the film said he never met her.

In her interview with The Cut magazine, published this week, the Duchess of Sussex shared how she found comfort in a conversation with a South African actor at a London premiere of The Lion King in 2019.

She claims a cast member told her her marriage was celebrated as much as Mandela’s release – an event that has accompanied the country’s peaceful transition from its split from apartheid.

Meghan had told The Cut how a South African, whom she did not name, spoke to her at the 2019 event.

“He looked at me, and he’s like the light. He said, ‘I just need you to know: when you married into this family, we rejoiced in the streets as we have did when Mandela was released from prison,'” she added. said.

Meghan was ridiculed for her comments, with Mandela’s grandson saying the royal wedding ‘cannot be equated with the same’ celebration as his release from prison.

The Lion King composer Lebohang Morake, known professionally as “Lebo M”, denied being the one who made the disputed remark.

He said he did indeed speak to Meghan and Harry when they visited in 2019 – but spoke for “less than a minute” – and also claimed he did not recall discussing Mandela.

He told the Telegraph: “Indeed I was at the 2019 Lion King premier and met the Royals. I can’t comment on the matter as it was three years ago and I can’t remember. no details of this conversation which lasted less than a minute, except the Royals were going to South Africa or Botswana.”

Video of their conversation appears to show him telling the Sussexes it was a pleasure to meet them, with Prince Harry talking about how important it is for people “everywhere, South Africa, England” to work together to help each other.

The 58-year-old Grammy winner also told MailOnline: “I am the only South African directly associated with The Lion King films and Broadway productions.

“As a South African, I don’t know if this matters to most of us facing serious national issues.

“I wish I wasn’t dragged into this problem from three years ago anyway.”

It comes after Dr John Kani, who voiced Rafiki in the Disney remake, said he did not attend the Leicester Square screening and was the only South African in the cast.

Dr Kani said his request was ‘puzzling’ and a ‘misstep’.

He told MailOnline: “I’ve never met Meghan Markle. It feels like a faux pas on her part.

“I’ve never met the Duchess. I’m the only South African cast member and didn’t attend the premiere in London.”

He added: “The only South African was me playing Rafiki. But I didn’t go to the opener in Leicester Square as I didn’t have time. Maybe it’s just a bad memory. on his part.”

The Rafiki actor didn’t think Meghan’s comment was an insult but said she must have been “confused”.

He claimed the Sussexes’ big day was “no big deal” in South Africa.

He said: “In my memory, no one would have known when she got married, when or what. We had no South African connection to the wedding or to her marriage to Harry.

“I’m really surprised by this. For me, it’s a non-event, the whole thing.”

His reaction follows comments from Zwelivelile Mandela, Mandela’s grandson, who told MailOnline: ‘My advice to everyone is to live the life Nelson Mandela lived and support the causes he supported .

“This is the ultimate litmus test. What is the value of people dancing in the streets and chanting President Nelson Mandela’s name when what they stand for is diametrically opposed to what he stood for?

Madiba [Mr Mandela’s] the celebration was based on overcoming 350 years of colonialism with 60 years of a brutal apartheid regime in South Africa. So it can’t be equated to the same thing.”

The African National Congress MP, who is also head of Mr Mandela’s traditional Mvezo council, said his grandfather’s release was more important than his marriage to “a white prince”.