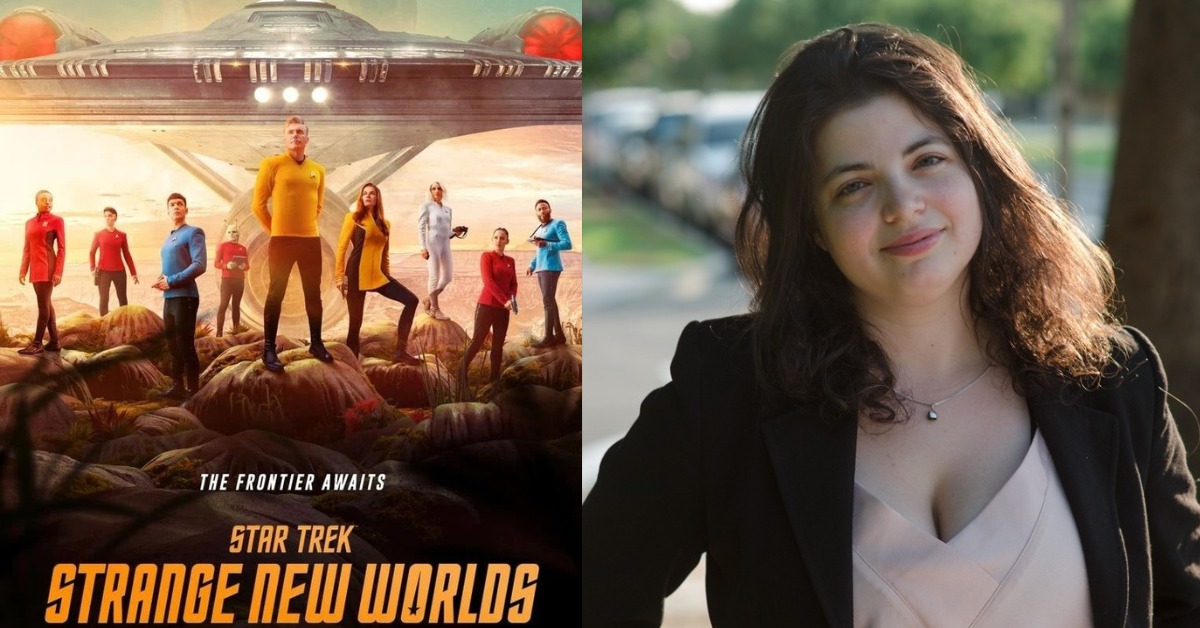 In this conversation, Josh LaCount sits down and chats with Nami Melumad about his early days in music, his passion that led him into the field of songwriting, and the honor and responsibility of currently being the composer of Star Trek: Strange New Worlds.

Nami Melumad (Composer) has composed music for many movies and TV series, including “The Woman in the House Across the Street from the Girl in the Window” (Netflix), “An American Pickle” (HBO Max), “Far From the Tree” (Disney+) and “Star Trek: Strange New Worlds” and “Star Trek: Prodigy” (Paramount+), making her the first female composer in the Star Trek franchise. Nominated for Composer Breakthrough of the Year by the International Film Music Critics Association, Nami won the IFMCA Award for Best Original Score: Video Game for “Medal of Honor: Above and Beyond”, and the BMI Award for Oscar-Winning Short Documentary, “Colette” in 2020.

Alumnus of the ASCAP Film-Scoring Workshop, Nami is a graduate of the Scoring for Motion Pictures and TV program at the University of Southern California. She holds a BA in Multi-Style Composition from the Jerusalem Academy of Music, where she was admitted directly to second year. She is a board member of the Alliance for Women Film Composers and a voting member of the Television Academy. Originally from Israel, Nami lives in Los Angeles and enjoys hiking and singing nights with friends. She plays the flute, piano and guitar.

Nami prides herself on telling inspiring stories that impact the viewer, such as SubiraKenya’s official entry into the 92nd Academy Awards, about a young Muslim woman who defies gender stereotypes and tradition; Miss Arizonaa comedy-drama about a former beauty queen who meets four women in a shelter; More beautiful for having been broken, a drama centered on a single mother and her child with special needs; and not your skina documentary examining the issues of the transgender community through the stories of people who have transitioned at different stages of their lives.

An alumnus of the prestigious ASCAP Film Scoring workshop (16′), Nami completed the very rigorous Scoring for Motion Pictures and TV (SMPTV) program at the University of Southern California (15′) and holds a BA in Composition multi-styles from the Jerusalem Academy of Music, where she was admitted directly to the second year.

Nami began her musical life as a pianist and flautist, performing in orchestras and bands, and she also plays guitar, uke and clarinet. After completing her two years of service in the IDF, she traveled the world with a large backpack (New Zealand, Australia, China, Thailand) and a small backpack (Israel, Europe, Canada, United States ). She is an enthusiastic Trekkie and avid film buff, but she also enjoys oil painting, hiking and having coffee with friends.

Nami is a board member of the Alliance for Women Film Composers and is represented by Maria Machado at the Gorfaine Schwartz agency.

The series follows Captain Pike, Science Officer Spock, and Number One in the years before Captain Kirk embarks on the USS Enterprise as they explore new worlds around the galaxy. The series debuted on Paramount+ on May 4, 2022 and is currently airs weekly episodes.