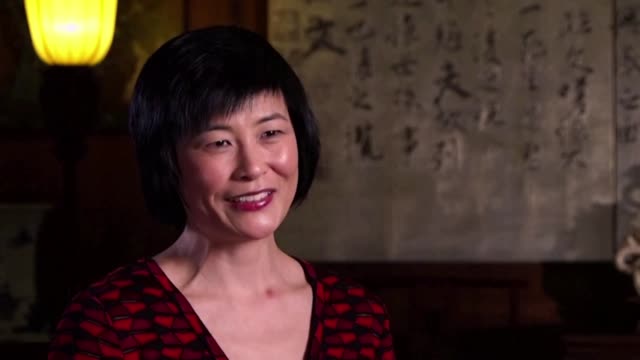 STORY: “The representation of Asian women is mostly as prostitutes or as innocent schoolgirls or as dragon ladies. And you know, we are much more complex than that.”

The tipping point for her was the fatal shooting in Atlanta, Georgia in March 2021…in which six Asian women were killed.

“We are approaching the first anniversary of the deaths of six Asian American women, where the gunman’s story was immediately released, and I will challenge every viewer to remember the names of the women who were actually killed. Anyone who has makes the effort, to know their names, to remember their names and to recognize them as human beings.”

Koh decided to challenge the values ​​of social justice in the world of classical music.

She published an article in the New York Times where she called – and I quote – “for classical music to make room for artists of Asian origin, who remain marginalized in the field”.

She dug into data from the League of American Orchestra which showed that 86.8% of orchestra musicians are white, with just 9.1% of Asian descent.

“For example, I had an experience with a conductor of European descent, and when he saw me, he said to me: Oh, you will never be able to understand Mozart or Schubert because you are Chinese and that you were educated in the US I am Korean American first of all so there is a difference no one would say Italians are the same as Germans are the same as French so a culture and a different country. But that doesn’t matter. We’re also seeing it right now in the kind of, I think, in the kind of eruption of violent racism against Asian Americans that everybody is the same, that anyone from East Asia has the same right? So yes, that’s what I’ve heard throughout my career. Oh, and the funny thing is that he had just finished conducting a Tchaikovsky symphony and he wasn’t really Russian. So, for me, it was funny, yeah.

Koh managed to reach the highest heights of classical music.

She gets a star at the Kennedy Center, has performed with the Chicago Symphony Orchestra and the New York Philharmonic.

In May, she will receive an honorary doctorate from the Cleveland Institute of Music.

But it certainly hasn’t been easy.

For the past decade, Koh has teamed up with composer Missy Mazzoli…

who works to defend the place of women in classical music.

“You don’t see a lot of women in positions of power, you know, in classical music. I think that’s changing, not fast enough for me, but things are better than they were there. 20 years ago when I left But there’s still a long way to go So as a youngster you look and you don’t see When you don’t see role models it’s almost impossible to imagine a future for yourself in this area.

“So I really want to get to a place where the field is saturated with women conductors and composers, women at all levels, so that just because they’re a woman isn’t something to say.”