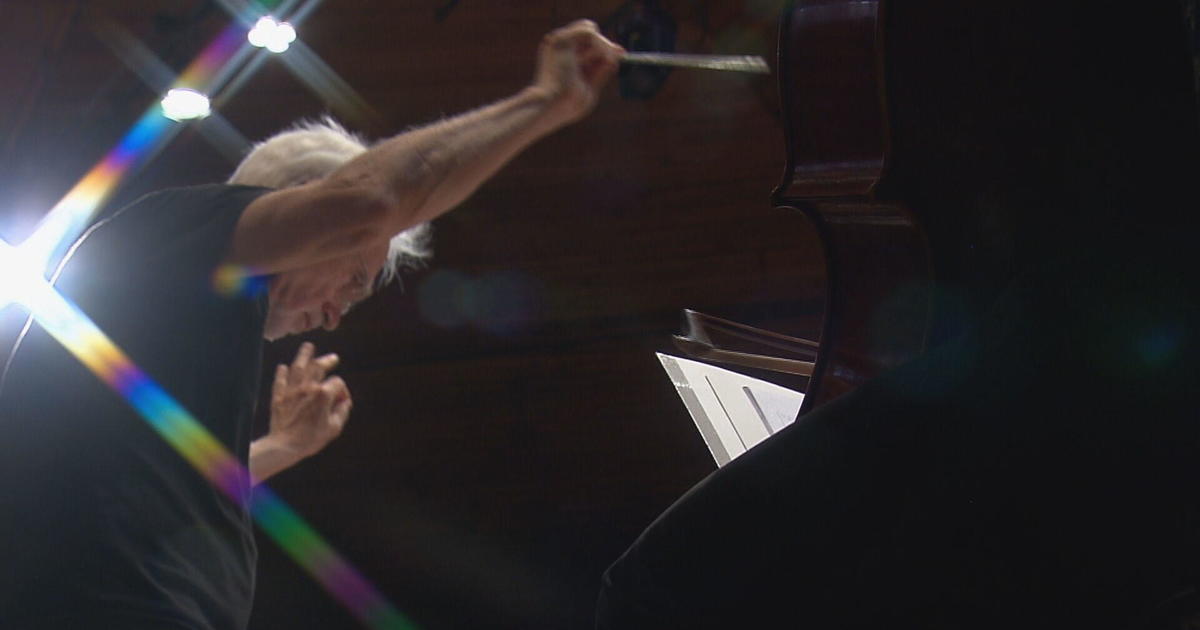 The legendary American composer conducts at the Colorado Music Festival

One of today’s greatest classical music composers was in Boulder for the Colorado Music Festival. John Adams has directed two of his own creations and curated other great works for the Festival’s “Week of Today” series.

Adams joined longtime friend and Festival Music Director Peter Oundjian as co-conductors for the series of performances. CBS4 caught up with Adams while he was rehearsing his play “City Noir” at Chautauqua Auditorium.

The music is particularly influenced by the kind of jazz you hear in film noir.

“So it’s a bit dark, jazzy, but also a bit violent at times,” Adams added.

An alto saxophone is the soloist in the piece – a clear sign that this is modern symphonic music. That’s the goal of “Week of Today” at the Colorado Music Festival.

“I grew up during the period of Jimmy Hendrix and John Coltrane, and all that wonderful 70s music. And that influenced my music,” Adams explained.

In addition to his own music, Adams has worked with Oundjian to bring other living composers to the Festival. Timo Andres has written an opening piece which will be a world premiere. And Adams’ own son, Samuel, has a role in the performance.

“The orchestra plays it really well, as they say, ‘I’m in pork heaven,” he said with a smile.