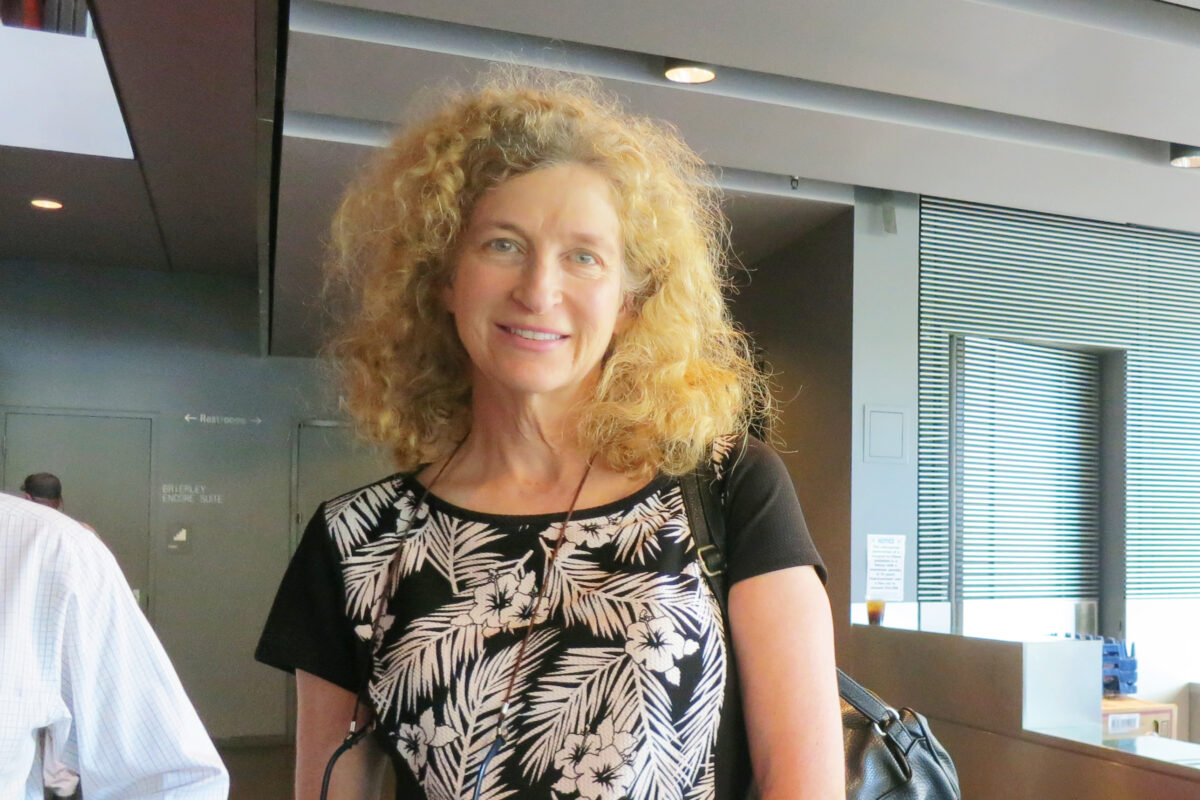 “The Most Impressive Dance I Have Ever Seen,” Composer Says of Shen Yun

DALLAS, Texas — “The dancing is just amazing,” said composer Lisa Bloom. “I have never seen dancers who can do such amazing things and the discipline is just unbelievably impressive.”

“I’ve seen a lot of dance and ballet throughout my life and this is the most impressive I’ve ever seen,” she said.

Shen Yun brings back the long-lost culture of the Chinese civilization of five millennia which was all but destroyed after the Chinese communist regime came to power.

“The music is beautiful,” said Ms. Bloom, who composes music for film and television.

by Shen Yun orchestra is a combination of classical Western and traditional Eastern instruments.

Mrs. Bloom’s male friend agreed. “The music is really amazing. I like Chinese instruments added to western instruments. The combination is really good.

The East-West mix introduces traditional Chinese instruments such as the pipa and erhua traditional two-stringed fiddle.

“It’s so unusual, but they’ve done a really wonderful job of blending the two [cultures] and also they really know how to dramatize and accentuate the emotions of what is happening on stage. And I also like how they combined the backdrop. It’s really smart,” Ms Bloom said.

“[The composer] has mastered all the forms of western orchestration that you would use in very powerful film music like animation, yet it has incorporated all the eastern themes and there is a lot of interesting variation and drama. So it’s very exciting,” Ms Bloom said.

“Much more love in this world”

The friends were enchanted by the based on a story dances featured in Shen Yun.

“Monkeying Around in Paradise,” a comedy based on the classic Chinese novel, “Journey to the West,” and “The Restaurant Tale,” another comedy that shows the friendly banter between restaurateurs who compete for customers, were both very popular.

Ms. Phillips also enjoyed the instrumentalist who played the traditional two-string fiddle, the erhu. “So beautiful,” she said.

“That range of sounds with two strings was amazing,” agreed her husband.

Ms Visel loved the colors and texture that were exemplified in the ‘Water Sleeves’ dance, which also offered a glimpse into the imperial court of a long past dynasty where elegant ladies swirl their long, colorful sleeves.

The revival of traditional Chinese culture resonated with the group.

Ms. Phillip said it was important for people to support Shen Yun in today’s world.

Ms. Visel agreed. “I think it’s a wonderful way to learn about other people and who they are from a historical perspective.”

A part of Shen YunThe dances convey spiritual messages in their stories.

“I think it’s important for people to know that it’s not just us…it’s not just our inflated opinions of ourselves,” Phillip said.

“There’s a spiritual element to everything, it’s not just pure science. And there is also a spirituality in the West even if it is often forgotten,” he added. Shen Yun conveyed important messages, he said.

Ms. Visel also made a comment on the issue of spirituality.

“I think the spirituality that was portrayed…is very similar to many cultures around the world and if people could understand and look at the metaphors in the stories, they would see how much we really resemble each other, how much our hearts yearn for redemption. , how we wait for the Creator to come back and save us from everything,” Ms. Visel said.

“If we focused more on those things rather than our differences, I think we would have a lot more love in this world.”

Mr. Visel had been looking forward to seeing Shen Yun for three years and said that it exceeded his expectations. It gave a different, honest and open perspective on Chinese culture. Mr. Visel was referring to Shen Yunthe depiction of the persecution of people by the Chinese Communist regime because of their spiritual beliefs.

“[Shen Yun] wasn’t afraid to go places [that] that you wouldn’t normally talk about. I just loved it,” he said.