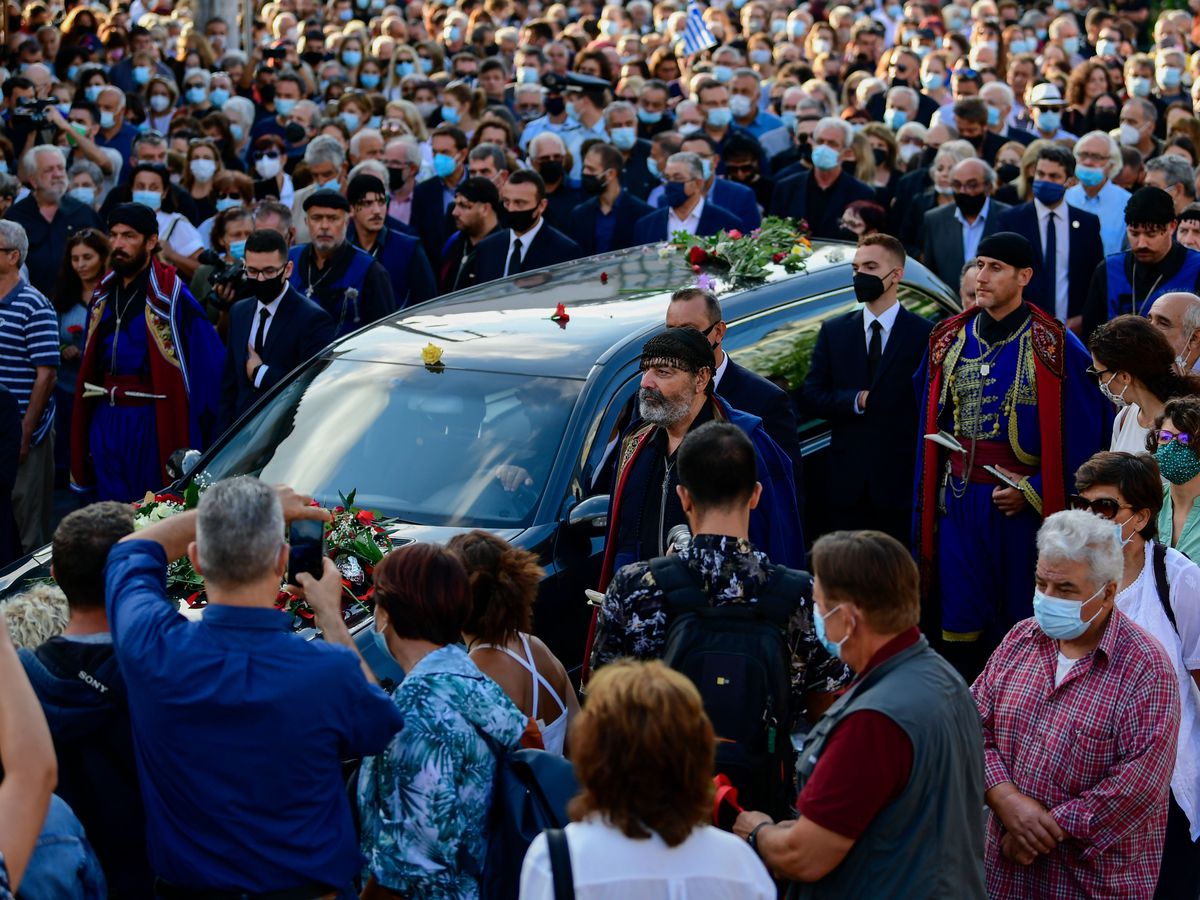 Political leaders, family members and thousands of fans paid their last respects to the great Greek musician Mikis Theodorakis who was buried on the island of Crete.

Holding flowers and olive branches, black-clad spectators sang songs composed by Theodorakis as his coffin was carried from a chapel to the cemetery near the port city of Chania.

Theodorakis, who died last week at the age of 96, was known internationally for his political activism and prolific musical career which included a wide range of works, from catchy symphonies to popular TV and film music, including for Serpico and Zorba The Greek.

He is also remembered for his opposition to the military dictatorship that ruled Greece from 1967 to 1974, during which time he was persecuted and imprisoned and his music banned.

Before his coffin was buried in the ground, Greek musician Dimitris Basis sang the sad 1960 composition Mana Mou Kai Panagia (My Mother and Saint Mary). A moved Greek President, Katerina Sakellaropoulou, stood nearby and spoke the words.

An integral part of the Greek political and musical scene for decades, Theodorakis died last week in Athens. His body was placed in a chapel in Athens Cathedral for three days, before being transported to Crete by ferry overnight.

Thousands of people were waiting for him on the island, where the municipal marching band led the way as his hearse made its way to Chania Cathedral.

The country’s prime minister and opposition party leaders also visited the village of Galatas, on the outskirts of Chania, the ancestral home of Theodorakis, where the main funeral took place.

“We bid farewell to a great ecumenical Greek who served the values â€‹â€‹of freedom, justice and unity of his compatriots,” Prime Minister Kyriakos Mitsotakis said.

“It is a fitting farewell to sing his songs quietly today, to honor the memory of this great and unique composer.”