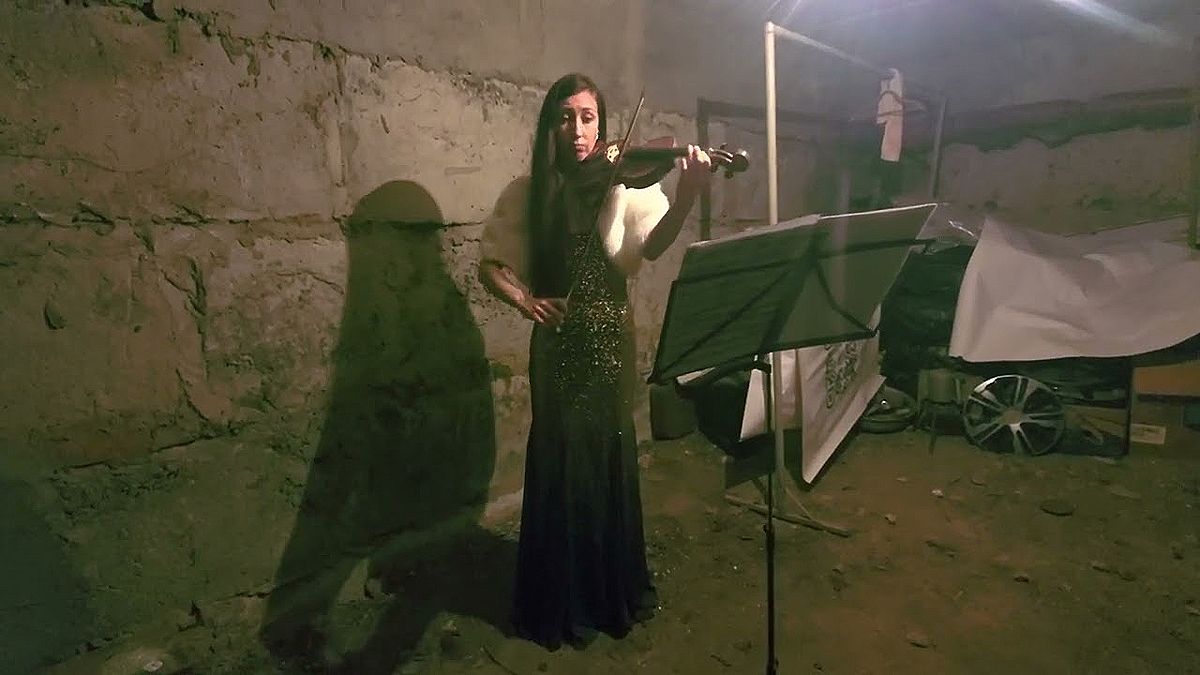 The Ukrainian “cellar violinist” has gone viral on social media to symbolize the hope of beleaguered Ukrainians.

Vera Lytovchekno says she took refuge in the basement of her building in Kharkiv, a city besieged by the Russian army. The heavy Russian bombardment of Kharkiv began two weeks ago. So Lytovchenko and his father and neighbors sought safety from the basement of the building.

“Bombs can drop anywhere in our city, so we decided to go down to the basement,” the 39-year-old told The Associated Press in a recent interview. “We are about 12 people now. We have little boys. We have teenagers. We have older women,” she says, referring to the people who share the cellar with her.

Lytovchenko told the press that she decided to lighten their spirits with classical music a week after their stay in the cellar. “All these people are my brothers and sisters now. I was trying to make them think about something and not about war for a few minutes while I was playing,” Lytovchenko actions.

Later, she started filming her recitals and posting them on YouTube for the world to see. You can see them on his YouTube channel, featuring her playing Vivaldi and even singing a Russian folk song. The reaction on social media has been great as people share videos of her performing.

“I didn’t expect that because I was posting just to reach my friends, my relatives. My aunt is near Kyiv and I’m scared for her,” says Lytovchenko, referring to her status as a social media star – the Ukrainian cellar violinist.

“My friends are in different cities all over Ukraine, and I try to keep a connection with them; I text them several times a day to find out if they are alive,” she continues. “A lot of people are texting me saying my videos give them such support and hope. They can see someone is staying here [in Kharkiv],” She adds.

Before the war, Lytovchenko performed for the Kharkiv Opera Orchestra and taught music lessons. She says she hopes her videos will help raise awareness and funds for Kharkiv’s music community.