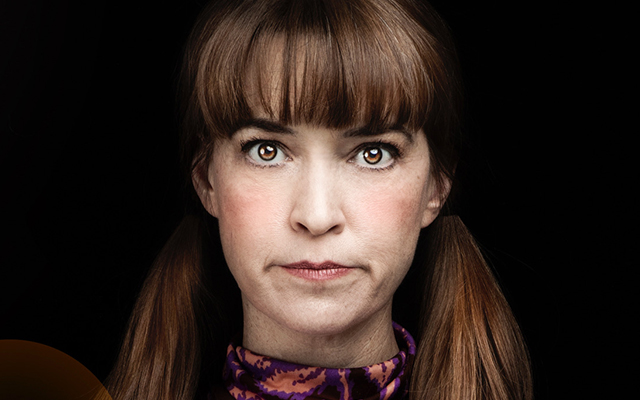 Weekend Picks: Land of 10,000 Laughs, a showcase of black composers, a craft market

Everyone deserves to laugh once in a while. Luckily, opportunities to do just that abound this weekend as comics from across the country infiltrate the Twin Cities. Also this weekend, the American Craft Council’s St. Paul Marketplace, which recently rebranded as “American Craft Made,” heads to the RiverCentre, with lovingly created items to bring beauty to your home. And, the Minnesota Orchestra spotlights black composers, Interact Center recalls the Great Depression, Swedish and Minnesota music musicians find common beats, and Public Functionary makes its official return.

The Twin Cities are getting an infusion of comedy as the 10,000 Laughs festival hits beer halls, theaters, bars and clubs. Nearly 80 comedians will perform over the three days, with nationally touring comic shows that also feature local comedians. Catch the biting, soft-spoken commentary from Mary Mack at the Southern Theater, identical twins the Sklar Brothers, formerly of the ESPN Classic show “Cheap Seats” at the Parkway Theater, and former New York-based and Late Night indie comic Carmen Lagala TV at Comedy Corner Underground, Sisyphus Brewing and Palmers. Find more laughs throughout the festival at The Cedar and The Red Sea. From Thursday, October 6 to Saturday, October 8 ($20). More information here.

The article continues after the ad

Head to the RiverCentre this weekend to browse beautiful handmade items at American Craft Made, hosted by the American Craft Council. In the market, artists and craftsmen will sell ceramics, glass objects, jewellery, clothing, furniture, etc. Formerly called the American Craft Show, American Craft Made features more than 150 artists from across the country. When you’re there, look for Loriene Pearson, Ger Xiong, and Enyo Farabi, three BIPOC artists from the American Craft Council’s new Emerging Artists Scholarship program, supported by the Windgate Foundation and the Harlan Bass Foundation for the Arts. Hmong artist Ger Xiong makes jewelry and textiles, and his recent work uses traditional embroidery in contemporary pieces. Enyo Farabi, whose parents are Iranian and Puerto Rican, makes jewelry with materials like metal, stone and woods, while Winnebago artist Loriene Pearson specializes in new ways to explore Winnebago appliqué designs . The scholarship is part of the American Craft Council’s ongoing efforts to expand the field to include artists from diverse communities and backgrounds. Friday, Oct. 7 from 10 a.m. to 6 p.m., Saturday, Oct. 8 from 10 a.m. to 6 p.m., Sunday, Oct. 9 from 11 a.m. to 5 p.m. at the RiverCentre in Saint-Paul ($10). More information here.

Guest conductor Kensho Watanabe joins the Minnesota Orchestra for the Listening Project, a concert and recording session that highlights six works by black composers never before performed by the orchestra. Hosted by Dr. Louise Toppin, a professor at the University of Michigan School of Music, the concert features jazz-inspired classical music pieces, such as Hale Smith’s “Contours,” and a collection of arranged African-American spirituals. by American composer Margaret Bonds. Bass-baritone soloist Christopher Humbert Jr. will perform in the Bonds play and will also sing in Samuel Coleridge-Taylor’s “Idyll.” Jamaican-born composer Eleanor Alberga, Adolphus Hailstork and the great Florence Price are also featured. Friday, October 7 at 8 p.m. at Orchestra Hall ($32). More information here.

We are always here

Interact Center for Visual and Performing Arts travels back in time to the Great Depression for its latest production, telling the story of a Chicago newspaper grappling with the difficult social and economic landscape while facing its own internal issues. . With original music by Aaron Gabriel, the work finds parallels to recent and current events, with large-cast numbers and jaw-dropping song and dance. Friday, Oct. 7–October 29, 7 p.m. at the Luminary Arts Center ($18-25). More information here.

JAERV + The OK factor at ASI

Local string duo The OK Factor continue their fruitful collaboration with Swedish folk quintet JAERV at the American Swedish Institute this week, for their upbeat program, “Traditions”. The two bands first performed together in 2017, when the OK Factor opened for JAERV at the Cedar Cultural Center. The musicians got on well and have, in the years since, delved deeper into their later traditions, including visits to Scandinavia to play and study. Friday, October 7 at 7 p.m. at the American Swedish Institute ($35). More information here.

It’s been three years since Public Functionary left its space on Buchanan Street in northeast Minneapolis, a hub for flashy contemporary art exhibits and the city’s best art parties. In the years that followed, PF was always active, particularly in the development of PF Studios, a program featuring emerging BIPOC artists. This week, PF officially reopens in the Northrop King Building, in a show featuring artists from the PF Studios program. Adrienne Doyle is serving as guest curator for the exhibition, who will also contribute a zine for the exhibition. Opening Saturday, Oct. 8 from 5 p.m. to 11 p.m., until Nov. 6 (free). More information here.

MinnPost’s in-depth, independent news is available to everyone for free – no paywall or subscription. Will you help us keep it that way by supporting our nonprofit newsroom with a tax-deductible donation today?